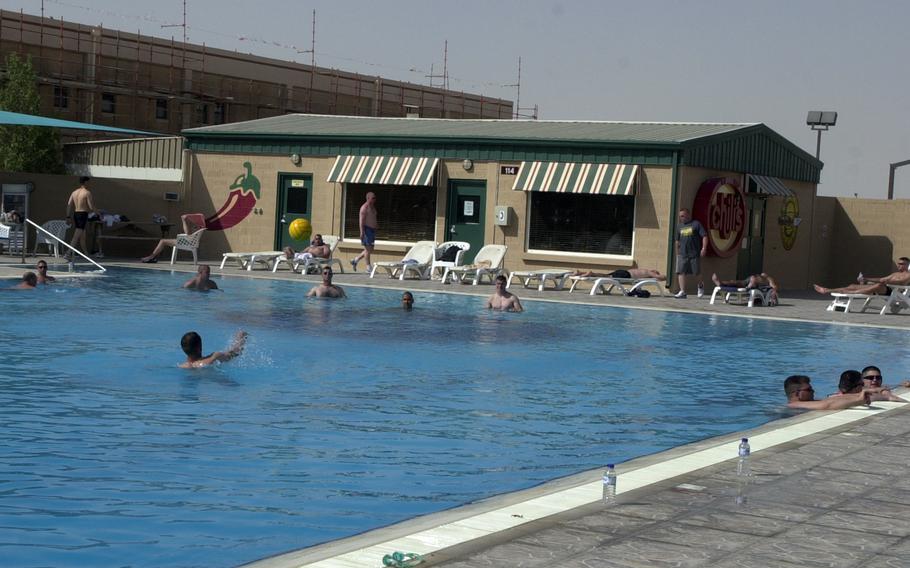 Buy Photo
The Olympic-sized swimming pool and Chili's restaurant were popular spots for those resting and recuperating at Camp As Sayliyah, Qatar in 2004. The installation, known among many service members for its Rest and Recuperation Pass Program, which gave some 200,000 deployed troops a four-day vacation, was shuttered in June 2021. (Stars and Stripes)

The U.S. has closed sprawling bases in Qatar that once stored warehouses full of weaponry and transferred the remaining supplies to Jordan, in a move that analysts say positions Washington to deal better with Iran and reflects the military’s changing priorities in the region.

Camp As Sayliyah was known among many service members for its Rest and Recuperation Pass Program, which gave some 200,000 deployed troops a four-day vacation. The program ran from 2002 to 2011 and offered travelers up to two glasses of beer or wine a day, along with golf and beach trips.

The camp also served as a forward staging area for U.S. supplies in the Middle East, with 27 warehouses storing tanks, armored personnel carriers and a variety of equipment, the Army statement said.

Supplies from the three bases, as well as a support mission based there, are now part of Area Support Group-Jordan, a U.S. Central Command statement said.

Closing the bases and moving the mission to Jordan could benefit the U.S. in potential disputes with Iran, said Kamran Bokhari, a national security and policy expert focusing on the region at the Washington-based Center for Global Policy. 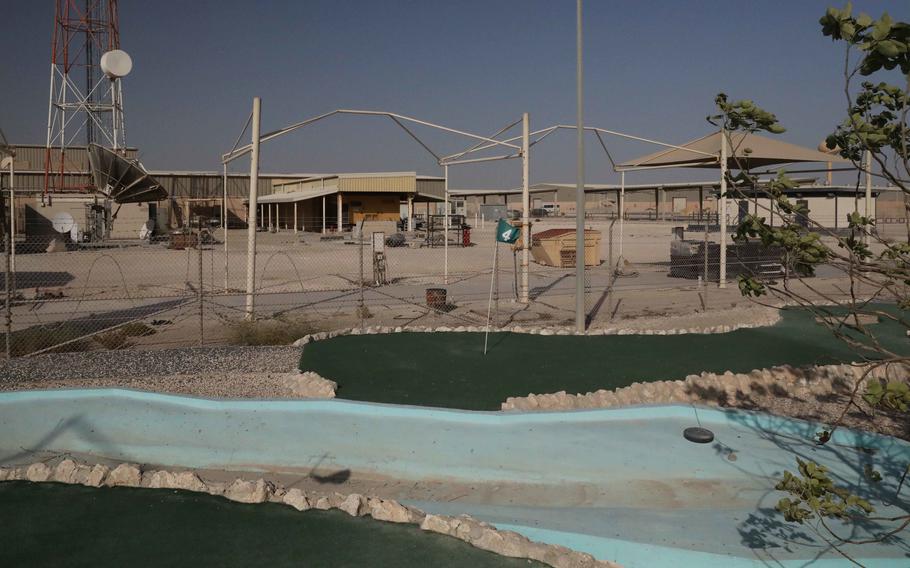 The flag on the fourth hole at the now-closed Camp As Sayliyah-Main, Qatar, miniature golf course waves in the wind on June 14, 2021. The U.S. Army shuttered CAS-Main and its two other installations in Qatar, Camp As Sayliyah-South and Falcon 78. (Neil W. McCabe/U.S. Army)

The Biden administration has signaled a desire to negotiate a deal with Iran to ensure the country does not develop nuclear weapons. The Trump administration pulled out of a multilateral deal signed in 2015 with Iran, calling the limits on Tehran inadequate.

Moving U.S. troops to Jordan decreases the threat of rocket attacks in the Gulf region from Iranian-backed militias. The threat of missile strikes against U.S. troops like last year’s attack on al Asad Air Base, which left more than 100 injured, is an important tool in Tehran’s negotiating strategy, Bokhari said.

“You want to be able to deny the Iranians that leverage, in a negotiation,” Bokhari said. “If they’re signaling that they have your bases in missile range, that decreases your leverage behind the scenes.”

The closure of the three bases comes as the U.S. shifts resources throughout the CENTCOM area of responsibility. This includes the U.S. drawdown from Afghanistan after 20 years there, as well as the withdrawal of eight Patriot antimissile batteries from Iraq, Kuwait, Jordan and Saudi Arabia.

As troops leave Afghanistan, the stated U.S. goal has been to shift its military focus from counterinsurgency and conflicts in the Middle East to competing with powerful near-peer rivals, such as China.

“It’s about, ‘let’s start pivoting to Asia,’ for real this time,” said Andrew Watkins, a senior Afghanistan analyst at International Crisis Group, a nonprofit think tank based in Brussels.

The U.S. will continue to use Al Udeid Air Base in Qatar, a basing hub for CENTCOM, last week’s Army statement said.