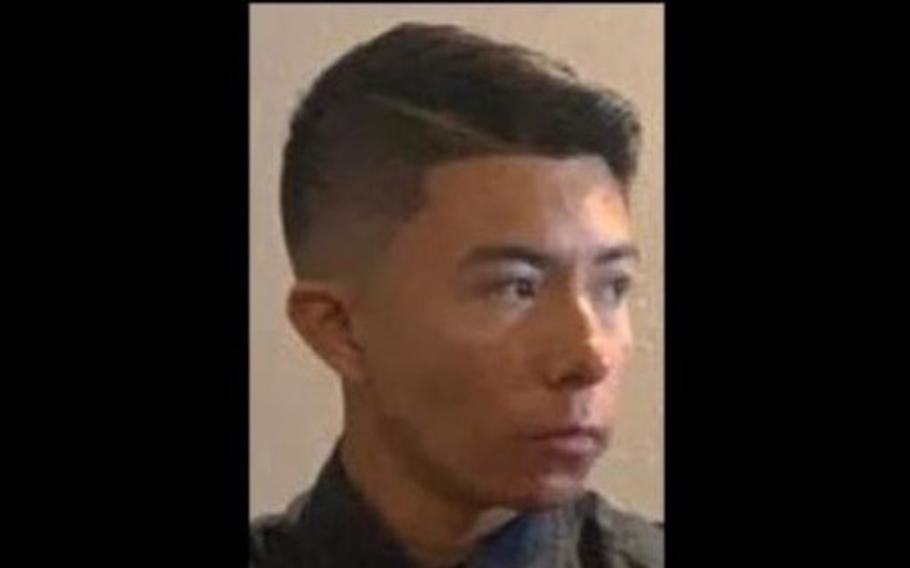 Officials at Fort Hood and the family of Spc. Abram Salas II who went missing last week from the Texas Army base said Tuesday that they have found him safe in San Antonio and are arranging his return.  (Fort Hood)

Officials at Fort Hood and the family of a soldier who went missing last week from the Army base in Texas said Tuesday that they have found him safe and are arranging his return.

Spc. Abram Salas II, known to his family as AJ, failed to report to work Wednesday, which triggered implementation of new Army policies on what to do in situations of missing soldiers. Salas was given the newly created status of “absent-unknown,” and an immediate search began that included law enforcement agencies from Fort Hood, nearby cities and counties, and the state of Texas, according to base officials.

"We met with our son's leadership and Fort Hood law enforcement officials yesterday on base,” Abram Salas Sr., the soldier’s father, said in a statement. “After listening to everyone and getting our questions answered, we are confident that Fort Hood is doing everything they can to bring our son home.”

The soldier’s family and base leaders established communication with him Monday, Fort Hood officials said. AJ Salas told them that he was staying with other relatives in the San Antonio area, which is about 150 miles south of Fort Hood.

"We just want AJ to know we love him," Lorena Salas, the soldier’s mother, said in a statement. "We just want him to come back home safe."

After meeting with base leaders and confirming their son was safe, Salas’ parents returned Tuesday to their home in El Paso, Texas, according to Fort Hood.

"Our No. 1 priority remains getting Spc. Salas back to Fort Hood. We will not stop until we know he is back safely," Col. Chad R. Foster, Fort Hood garrison commander, said in a statement.

At Fort Hood, Salas served as the garrison commander’s driver, according to the base. Last month, the soldier posted photos to social media to showcase that the outgoing garrison commander, Col. Jason Wesbrock, presented him with an Army Commendation Medal.