Army grapples with systemic fix for missing and stolen weapons 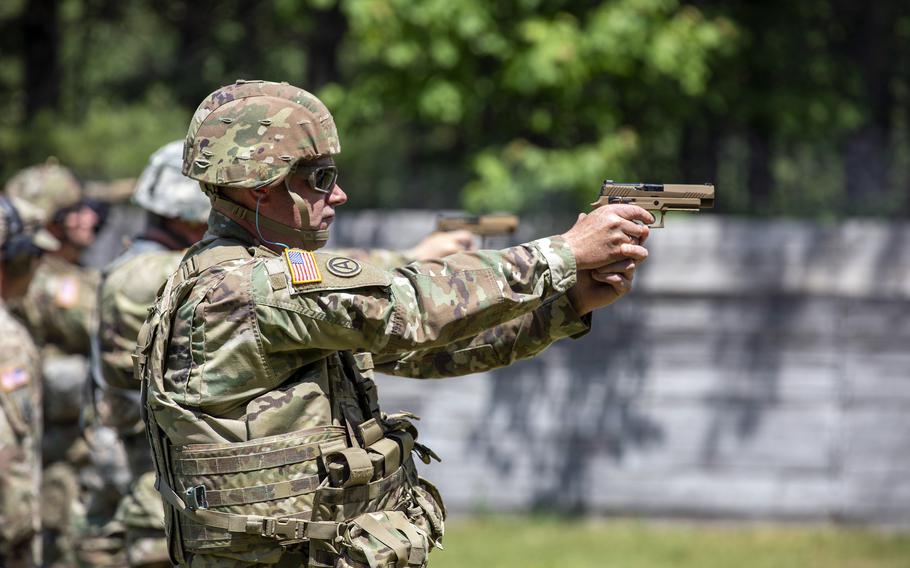 Army leaders met Thursday in search of a systemic fix to the problem of lost and stolen weapons in the service as disclosed by an investigation by The Associated Press.

The probe, published Tuesday, found that at least 1,900 guns from the U.S. military were recorded as lost or stolen in the 2010s, most from the Army. Some were later used in violent crimes, the investigation found.

“While we have stringent physical security measures, we have more work to do to ensure that our property accountability and criminal reporting systems are seamlessly linked together. The Army staff met today to develop a way forward to fix this problem and we will provide more information as this effort evolves.”

Gen. Mark Milley, chairman of the Joint Chiefs of Staff, was asked about missing weapons during a Senate Appropriations Committee hearing Thursday.

“I was frankly shocked by the numbers that were in there,” he said.

Milley told lawmakers that he had asked leaders of the Army, Marine Corps, Navy and Air Force to conduct thorough audits of weapons to determine the actual number missing.

Initial data from those audits suggest that the number of missing weapons is “significantly less” than what the AP reported, he said.

The AP received only incomplete data on missing weapons from the military services, which the news-wire service concluded could mean the tally of missing weapons could be even higher.

The AP examined records provided by the service branches, criminal investigations, lost property forms, data from small-arms registries and internal Defense Department memos in establishing the number of weapons that were missing.

The Pentagon stopped the routine updating of Congress on stolen weapons in the mid-1990s, the AP reported. The Defense Department reports “significant” losses of weapons at its own discretion, the AP reported.

Sen. Richard Blumenthal, D-Conn., said Thursday he planned to write a “mandatory reporting requirement” into the National Defense Authorization Act, according to the AP.