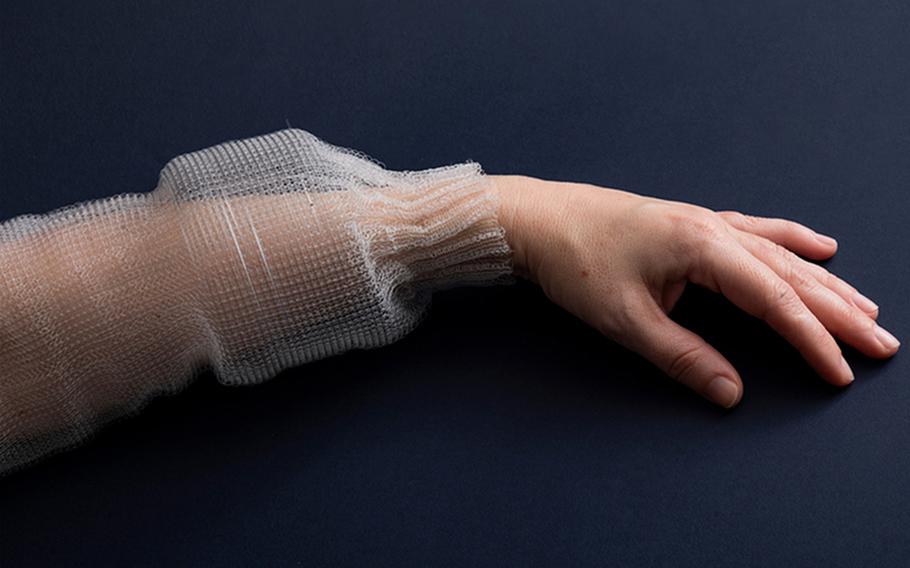 STUTTGART, Germany — A programmable fiber that can sense, store and analyze data could be stitched into soldiers’ uniforms in the future and be used to monitor their movements, vital signs and exposure to toxins, Army researchers say.

“This groundbreaking research … could revolutionize soldier uniforms,” James Burgess, program manager of the U.S. Army Combat Capabilities Development Command, said in a statement released Monday. “We could outfit our soldiers with uniforms that could generate power … all of this could be done with very little increase in weight carried by the soldier.”

The fiber with digital capabilities was developed by researchers at the Army’s Institute for Soldier Nanotechnologies at the Massachusetts Institute of Technology, with Army funding. The thin, flexible material can pass through a needle, be sewn into fabrics, and washed multiple times before it breaks down, the Army said. 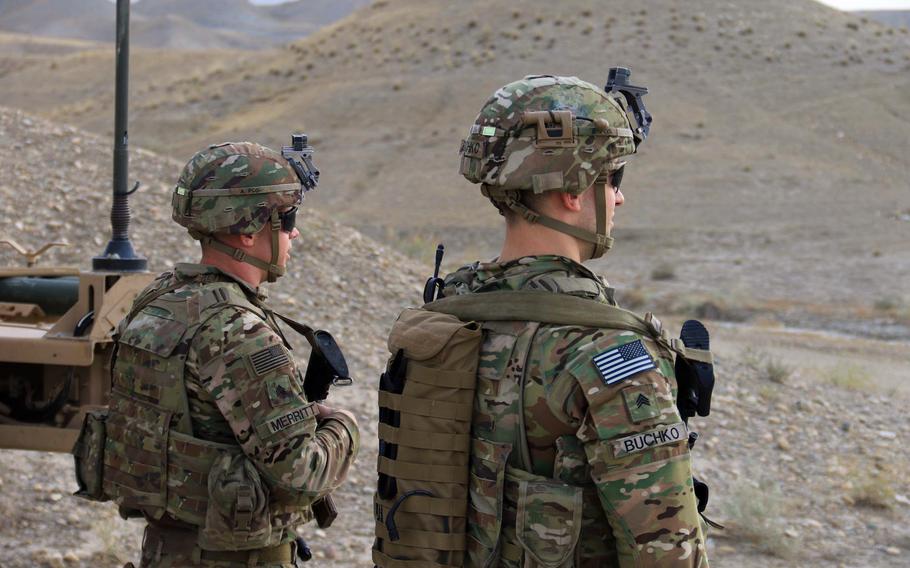 Soldiers of the 4th Infantry Division provide security in Afghanistan in 2018. In the future, a digital fiber could be stitched into uniforms and used to monitor soldiers' movements, vital signs and exposure to toxins, Army researchers said in a statement released June 14, 2021. (Christopher Bouchard/U.S. Army)

Sewing the fiber into clothing worn by soldiers could give Army commanders a better sense of the effects the environment on their troops. Wearables containing the fiber could be used to indicate a soldier's exposure to toxins, including on deployments where they have been in contact with contaminants from burn pits.

The fiber also has the potential to alert soldiers in real-time to health changes like a respiratory decline, an irregular heartbeat or changes to heart rate data during training exercises, the Army said.

The fiber is currently controlled by a small external device. The next step will be to design a chip to serve as a microcontroller that can be connected within the fiber itself.

“When we can do that, we can call it a fiber computer,” MIT doctoral student Gabriel Loke, one of the authors of a study published in Nature Communications that looked at how the fiber was developed, said in the statement.

The U.S. Army established the MIT Institute for Nanotechnologies in 2002 to conduct interdisciplinary research to improve the protection, survivability and mission capabilities of soldiers and the platforms and systems that support them. In addition to the Army, the, National Science Foundation, the MIT Sea Grant and the Defense Threat Reduction Agency supported the research to develop the smart fiber.