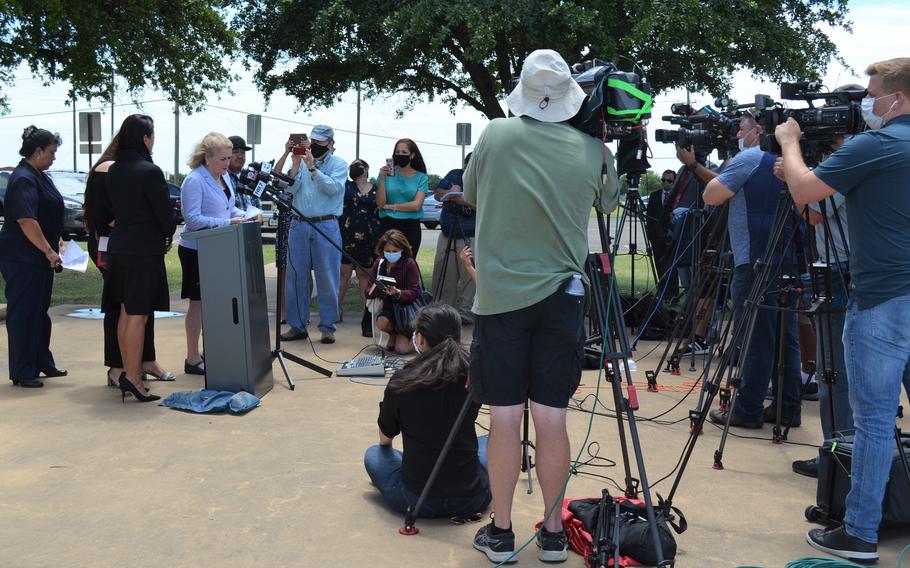 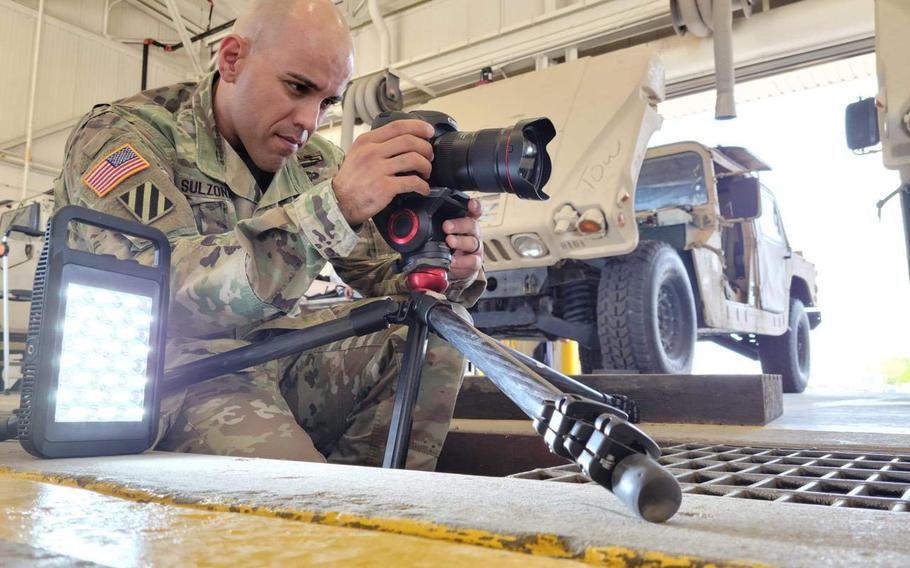 As Fort Hood officials investigated the disappearance and death of Spc. Vanessa Guillen last year, millions of social media posts circulated around the globe — some leading to significant reforms within the Army, while others perpetuated misinformation that consumed time and resources during the more than two-month search for her.

A report released in April found Guillen’s unit, the 3rd Cavalry Regiment, began searching for her within hours of determining that she was missing on April 22, 2020. Soldiers continued to search until June 30, the day that her body was found miles from the Texas base, but the public affairs office failed to appropriately communicate what was happening behind the gates and out of the view of the public.

Without official information available, “social media filled a void in command messaging that allowed a negative narrative about Fort Hood and the U.S. Army,” according to the investigative report that focused on the actions of leaders at Fort Hood during the search for Guillen.

Some social media posts from other veterans criticized the Army Sexual Harassment/Assault Response and Prevention program and others targeted the service’s Criminal Investigation Command, known as CID. The pressure from social media nudged the Army to conduct two investigations into Guillen’s death that have uncovered shortfalls in both programs. Both are undergoing a significant overhaul.

Mixed into those messages were thousands of other posts that fueled misinformation, stretched resources and inspired threats against Fort Hood leaders. By the time base officials began releasing information to counter wrong information, it was too late, according to the report.

Gen. John Murray, who was appointed by Army Forces Command to lead the internal investigation, described Fort Hood’s public affairs team as reactionary, bogged down by understaffing from personnel cuts and an ongoing deployment, lacking resources, and concerned that saying too much would spoil the integrity of an ongoing investigation. The office, which included civilians and uniformed personnel, did not have an engagement plan and often spent precious time debating who should speak publicly about the crisis, only to lose their window of opportunity to shape the message about the case.

When the office asked the Army for help, the two soldiers assigned to public affairs weren’t trained in social media and lacked the skills needed to provide real support, according to the report.

A month of silence

From the beginning, even as Fort Hood’s social media accounts sat relatively silent about the search efforts to find Guillen, public interest grew rapidly, according to data from the Army base that was compiled using a commercial analytics tool.

Mentions of “Vanessa Guillen” skyrocketed from about 2,200 in May 2020 to more than 1.7 million in June as actress Salma Hayek began posting to Instagram about the missing soldier, who was a Houston native born to Mexican immigrants. Much of the attention in traditional media and through social platforms occurred in Spanish, which further handicapped the public affairs office, according to the report.

In July, after investigators found Guillen’s body and the public began to understand the horrific details of her death at the hands of a fellow soldier, social media posts peaked to more than 2.2 million mentions. A year later, her name is mentioned thousands of times a month.

Twenty-nine days passed before Fort Hood officials released information about search efforts for Guillen, which was timed with an expected protest to “correct a narrative that the Army was not doing anything to find Spc. Guillen,” according to the report.

The release “failed to fully address erroneous information revolving around a Fort Hood potential cover-up and the inaccurate narrative of mistrust that had built up about Fort Hood in social media,” according to the report.

In mid-June, CID addressed false claims on social media that Guillen had been found on the base. Around the same time, her unit began searching underground tunnels and natural caves on the base in response to posts that Guillen was being held in such a place. Soldiers, CID agents and environmental experts searched eight caves with no results.

When the public finally learned on June 23 that foul play was suspected in Guillen’s disappearance, it was not CID or Fort Hood officials who released the information. Instead, Rep. Sylvia Garcia, D-Texas, whose district includes Houston, broke the news after attending a meeting with the Guillen family and base officials.

Meanwhile, people began posting the personal information of three key leaders at Fort Hood, an act known as “doxing.” Some personnel and their families began to receive threats, according to the report.

Murray found numerous opportunities where Fort Hood could have addressed Guillen’s disappearance in the media without jeopardizing the investigation. Not doing so, in part, led to the removal of Maj. Gen. Scott Efflandt as the acting base commander and Col. Ralph Overland as the 3rd Cavalry Regiment commander.

“When I asked [Efflandt], he said, ‘I’m not ready to be the face on this yet,’” one public affairs staffer, whose name was redacted from the report, told investigators. “I was kind of deflated to be honest with you when he said that because — and I explained to him — I was like, ‘Sir, we’re at the point where we can’t roll this back in. We have to put something out. And people are asking why leadership is not addressing this.’”

He also suggested the Army determine the appropriate media analytics tools and number of public affairs personnel needed to make bases and commands more capable in a crisis. Those offices took a 30-50% cut during the past several years and increasing staff levels remains under review, said Lt. Col. Gabriel Ramirez, an Army spokesman.

The Army has begun providing social media analytics tools to bases and commands, he said.

Under a new Army policy for missing soldiers, which came, in part, out of Guillen’s disappearance, public affairs is required to be notified and the office must create a plan to engage with traditional news outlets and social media.

Many of the concerns that White discussed existed before the disappearance and death of Guillen, but the enormity of the situation has gotten the attention of those leaders able to enact change and recreate the mindset of what public affairs means for the Army, Caggins said.

“This is all about trust and letting people know that you care,” he said. “They don't expect you to be perfect, but they expect you to care, always.”

When III Corps headquarters returned from deployment in October, it doubled from its four authorized public affairs positions, pulling in soldiers who serve in other occupations but have shown an interest for public and community engagement.

“Infantry soldiers get rifles, helicopter pilots get issued helicopters, and public affairs soldiers get issued single-lens, reflex cameras in a world that's communicating instantly with cell phones. The current way we do business is there are a lot of soldiers violating Defense Department policy by using their own personal devices to do government work, and that's flat-out wrong. That change needs to come from the Pentagon,” he said.

The “sheer volume made it very difficult to provide factual information through Fort Hood’s crisis communication efforts,” he said.

The unique circumstances last year, including the extreme polarization of the American public largely over race and politics, also likely played a role in the number of people posting about Guillen, said Steve Quigley, associate professor of public relations at Boston University’s College of Communication.

“It would almost be impossible to draw up a more polarizing moment in our country's history. We had ‘Me Too,’ we had ‘Black Lives Matter,’ we had the election and mix all that together … and all the mistrust that came from that,” he said. “[Social media] rewards the fast, it rewards the polarizing, it rewards the attitude and the voice and the speed. And, you know, that's a tough enemy in a lot of ways.”

To keep up with the rapid online environment, it takes a good number of frontline workers who have the leeway to make fast decisions with some room for reasonable mistakes, Quigley said.

“This is real-time, hand-to-hand communication and running it up the chain for an hour or two, or day, to get approval is not going to work,” he said. “In this media environment, waiting until all the T's are crossed is really dangerous.”

The Army isn’t alone in struggling with navigating social media, which has shown the old public affairs belief that agencies have 24 hours to get ahead of the news cycle is outdated. A final recommendation from Murray called for the public affairs actions related to Guillen’s disappearance be used as a case study to educate future senior commanders and public affairs professionals.

“Particularly before decisions on policy, manpower or processes are made,” he said.