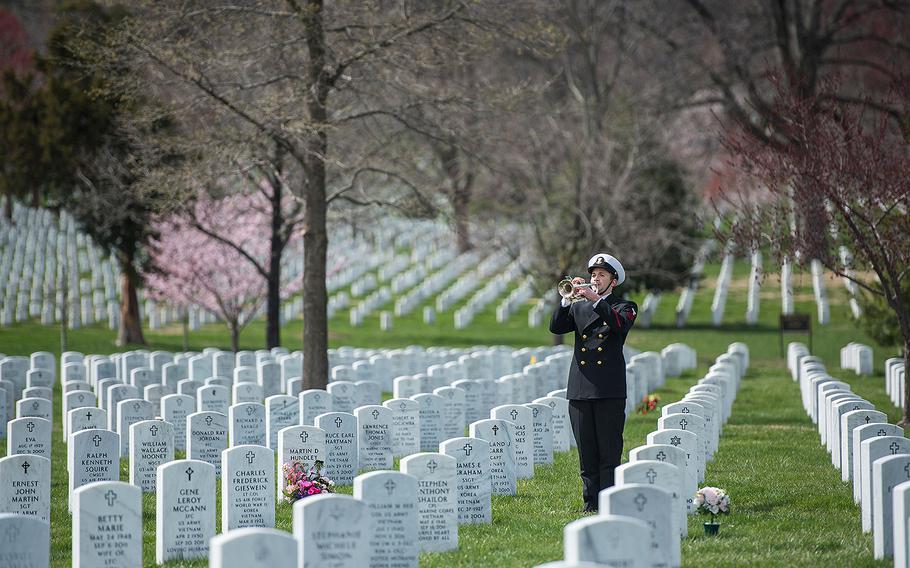 The Army, which operates Arlington National Cemetery, proposed $228 million for the cemetery — up from the $82 million it received in 2021. Of the requested amount, $141 million would go toward a project to expand the cemetery’s border and add 80,000 burial spaces.

The Southern Expansion Project would add 37 acres to the cemetery. If Congress approves the budget request, construction would begin late this summer, said Barbara Lewandrowski, director of public affairs for Arlington. The work would take about six years, with an estimated completion date in early 2027.

The project would expand the cemetery’s border to encompass the U.S. Air Force Memorial. Tens of thousands of burial sites would be readied in the land around it. The cemetery acquired the land — both the existing green space and roads — last year.

Arlington National Cemetery, long viewed as a shrine to America’s fallen heroes, is quickly nearing capacity. In 2018, the cemetery opened a 27-acre expansion that had been in the works since the 1990s. Even with the extra acres from that expansion and the Southern Expansion Project, the cemetery is still expected to reach its limits by the mid-2050s.

The cemetery is expected to announce later this year new eligibility criteria for burial at Arlington. Currently, most veterans and military retirees are eligible for either above- or below-ground burial. The Army began a lengthy rulemaking process in 2019 to change the criteria.

At the start of the rulemaking process, the Army proposed restricting below-ground burial to servicemembers killed in action, Purple Heart recipients, former prisoners of war, presidents and vice presidents, combat veterans who were awarded the Silver Star or above, servicemembers who had combat-related deaths and combat veterans who also served as government officials and “made significant contributions to the nation’s security at the highest levels of public service.” Arlington also would reserve 1,000 burial plots for Medal of Honor recipients.

“The hard reality is we are running out of space,” Karen Durham-Aguilera, director of the cemetery, said at the time. “To keep Arlington National Cemetery open and active well into the future means we have to make some tough decisions that restrict the eligibility.”

The final rules that the cemetery is planning to announce this year remain unknown. In the National Defense Authorization Act approved by Congress in 2019, lawmakers ordered the Army to develop new criteria that would allow the cemetery to remain active for the next 150 years.