Did you hear, feel or see them? B-1s thunder over Rose Parade, instead of B-2 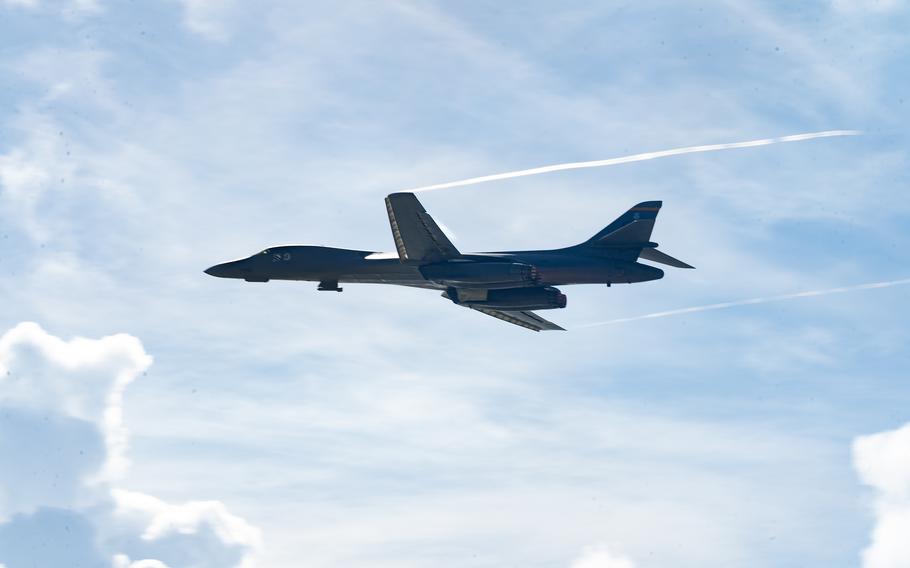 (Tribune News Service) — With the sound of thunder, two B-1B Lancer bombers flew low and loud over the Rose Parade Monday morning, prompting awe from many parade-goers, as the giant aircraft marked the beginning of the 134th procession down Colorado Boulevard.

The flyover is not a new moment for the annual parade, but in recent years, it’s been performed by the B-2 stealth bomber — the wing-shaped giant.

The change stems from “a safety pause,” officials said, that will allow base personnel to inspect the fleet after a Dec. 10 incident in which a B-2 Spirit was damaged on the runway at Whiteman AFB after successfully completing an emergency landing.

The B-1s are from Ellsworth Air Force Base in South Dakota.

The standdown of the B-2s is significant in that there are fewer than 20 stealth bombers in the entire fleet and the aircraft provides, along with the B-52 Stratofortress, the air leg of the nation’s nuclear triad. The B-2 has been regularly deployed to the Indo-Pacific and more recently to Europe as a show of force. During the standdown the entire fleet will be inspected, 509th Bomb Wing spokeswoman Air Force Master Sgt. Beth Del Vecchio said.