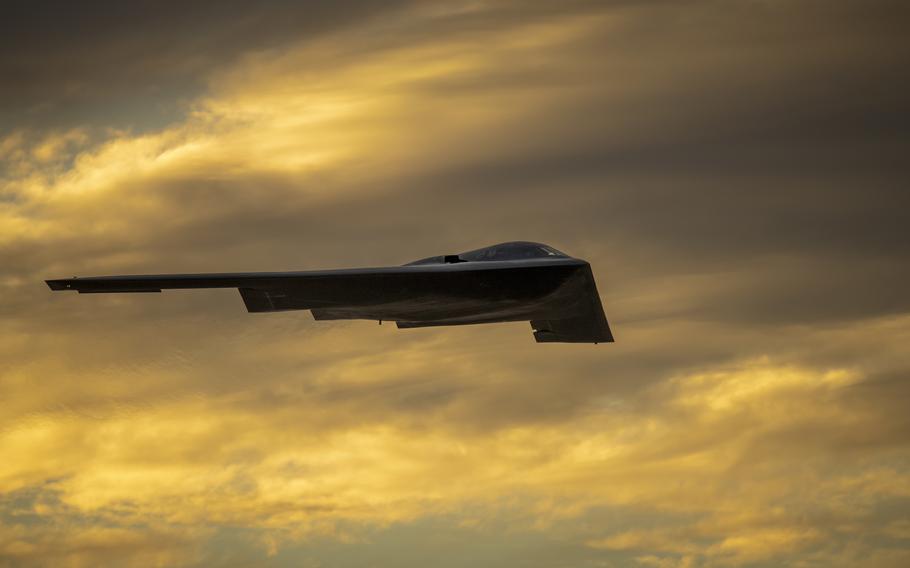 The Air Force has grounded its fleet of B-2 Spirit stealth bombers after one of the jets capable of delivering nuclear and conventional bombs was damaged in an emergency landing earlier this month, service officials said.

The 20-bomber fleet was grounded as of Dec. 16 so officials could inspect the aging fleet of planes for potential safety issues, the service said in a statement. Service officials did not say how long the grounding was expected to last, but they canceled planned B-2 flyovers of the Rose Parade and Rose Bowl Game on Jan. 2 in Pasadena, Calif.

“Our No. 1 concern is the safety and security of our personnel and fleet,” said Col. Daniel Diehl, the commander of the 509th Bomb Wing, which flies B-2s. “We deeply regret having to make this decision so close to the event, but we are committed to returning to Pasadena in 2024. Although we are not participating in this flyover, we remain steadfast in our commitment to answer our nation’s call.”

The B-2 fleet is based at Whiteman Air Force Base, Mo., and the active-duty 509th Bomb Wing and the Air National Guard’s 131st Bomb Wing can fly the aircraft from that location on missions across the globe. The bombers, specially designed to evade advanced air defenses, can fly about 6,000 nautical miles without being refueled. The Air Force has flown the $1.1 billion aircraft since 1993.

The grounding came about a week after a B-2 crash-landed at Whiteman on Dec. 10. The plane’s co-pilots were not injured in that landing, but the aircraft suffered fire and other damage during the landing, Air Force officials said.

The service attributed the incident to “an in-flight malfunction” during a routine training flight. Air Force officials have declined to provide further details about the incident, and spokespersons for the 509th Bomb Wing did not immediately respond Monday for a request for more information.

That incident marked the second crash landing for the B-2 fleet in just more than one year. In September 2021, another B-2 — the Spirit of Georgia — skidded off the runway during an emergency landing, causing an estimated $10.1 million in damage, according to the service. An accident investigation board cleared the pilots of fault in that incident, placing the blame on old springs that caused the aircraft’s landing gear to collapse.

The Air Force plans to retire its B-2 fleet in the coming decade, but it has continued to upgrade the stealth bombers via software improvements in recent years, the service said last month.

The fleet is expected to eventually be replaced by the B-2’s successor, the B-21 Raider. Air Force and Northrop Grumman officials last month unveiled a B-21 prototype publicly for the first time.

The Air Force said B-1B Lancer conventional bombers will replace the B-2s in the traditional Rose Bowl flyover in January.