Air Force fires training commander at Mississippi base over lack of trust, confidence 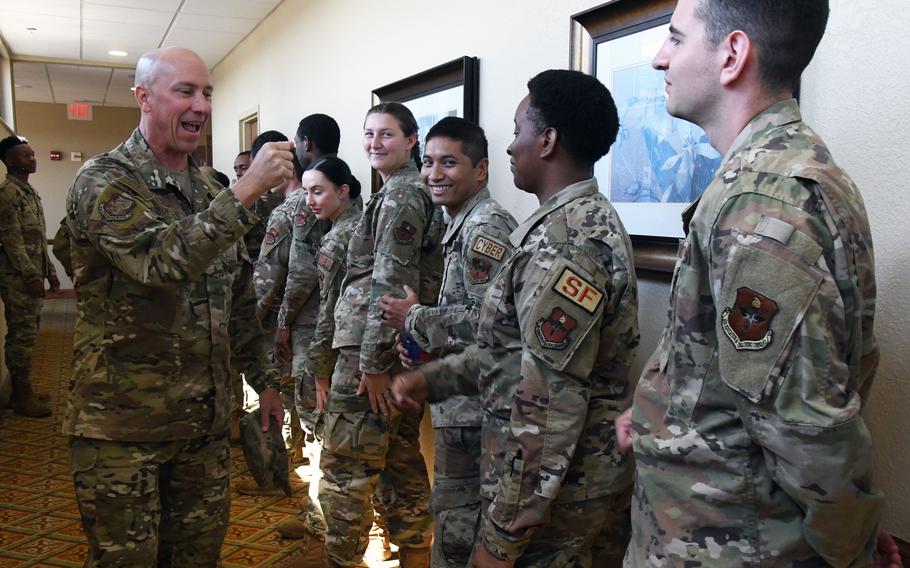 Air Force Col. William Hunter, commander of 81st Training Wing at Keesler Air Force Base in Mississippi, was relieved of command this week. In this photo from Sept. 1, 2022, Hunter congratulates senior airmen at an event at the base. (Kemberly Groue/U.S. Air Force)

WASHINGTON — The Air Force has made a change of leadership at the 81st Training Wing in Mississippi due to a loss of confidence in the commander, a top service official announced this week.

The change removed Col. William Hunter as the wing’s training commander at Keesler Air Force Base, which is located on Mississippi’s Gulf Coast just west of Biloxi.

The 81st Training Wing is home to the Air Force’s largest technical training group and trains nearly 30,000 airmen each year. It’s also a joint training unit, meaning it also develops troops from the other service branches and civilian federal employees. The wing is the single largest employer on the Mississippi coast and hosts the Second Air Force and 403rd Wing of the Air Force Reserve.

Hunter was introduced as the wing’s training commander in June 2021. At the time, he called the assignment at Keesler “awesome” and he said he was excited to “shape young minds” there. Maj. Gen Michele Edmondson, commander of the Second Air Force, removed Hunter from the position Tuesday.

"Commanders must uphold the highest personal and professional standards and maintain a healthy, inclusive command climate in their unit," Edmondson said. “The training mission at Keesler Air Force Base builds airmen who are foundational to the future of the Air Force. We remain committed to the success of Keesler's mission."

No specific reason for Hunter’s removal was given, but Edmondson noted a “loss of trust and confidence in his ability to effectively command” the training wing. 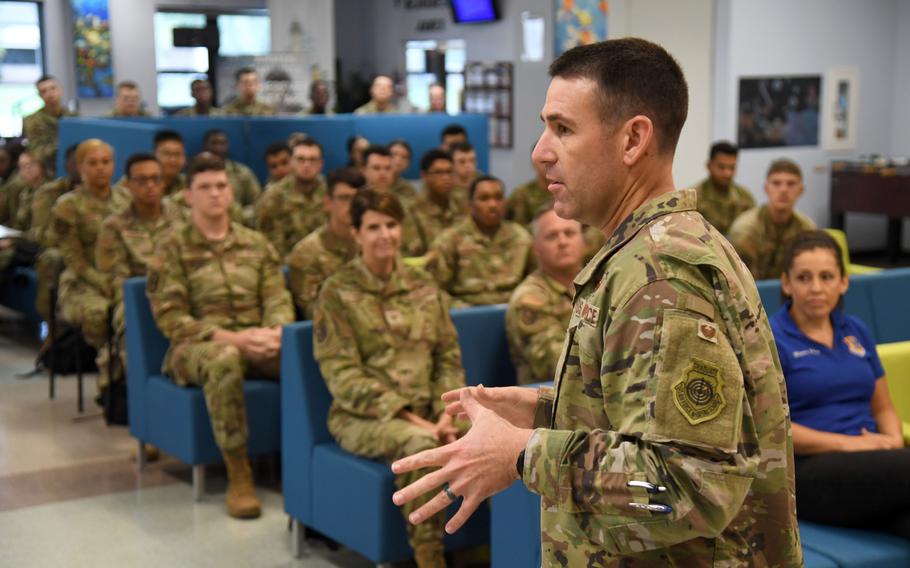 Air Force Col. Jason Allen, vice commander of the 81st Training Wing at Keesler Air Force Base in Mississippi, was given interim command of the wing after Col. William Hunter was relieved as the unit’s commander this week. In this photo from Aug. 25, 2022, Allen delivers remarks during an event at the base. (Kemberly Groue/U.S. Air Force)

Col. Jason Allen — the wing’s vice commander — succeeded Hunter as interim leader. He joined the Air Force in 1999 and was promoted to the rank of colonel two years ago. Before he became vice commander at Keesler in June, Allen was a special operations deputy at the Pentagon.

"The position of command is a position of trust," said Lt. Gen. Brian Robinson, commander of the Air Education and Training Command. "Every commander, at every level, has the inherent responsibility to promote and safeguard that trust. This is what our airmen deserve and expect."

Under federal privacy law, military officials are not required to disclose the reasons for removing or reassigning personnel.

Hunter’s dismissal is the latest in a series of Air Force firings in recent months. Col. Jay Bertsch, a commander at Kunsan Air Base in South Korea, Col. Douglas DeMaio, commander of the Alabama Air National Guard’s 187th Fighter Wing, and Lt. Col. Kenneth Beadle, commander of the 27th Special Operations Wing at Cannon Air Force Base in New Mexico, were all removed due to a loss of confidence in their leadership.