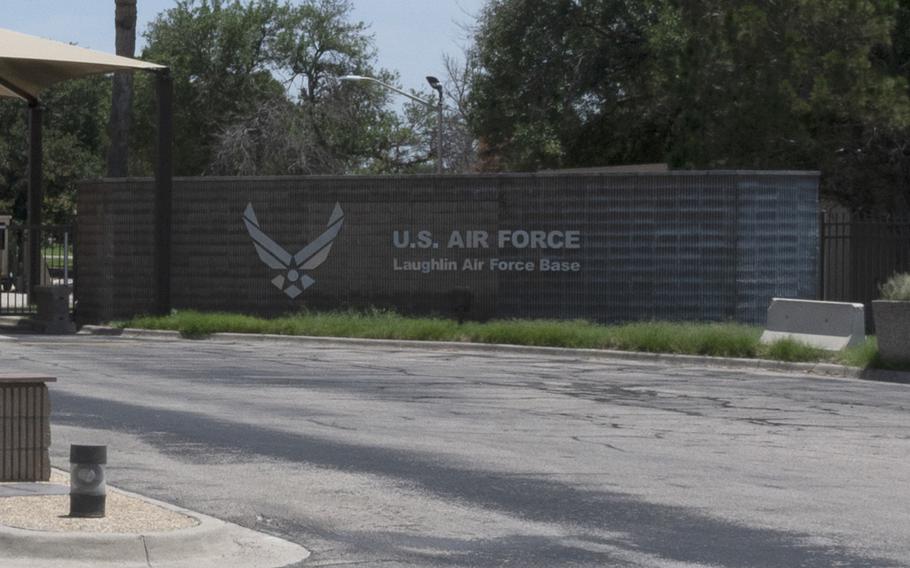 WASHINGTON — An administrative judge has ordered the Air Force to pay $300,000 in damages to an Army veteran after the service lost an appeal on an 8-year-old disability discrimination case, according to the U.S. Equal Employment Opportunity Commission.

David Bighia, 61, filed a discrimination complaint in 2014 against the Air Force after applying for a civilian historian job at Laughlin Air Force Base in late 2013. He was offered the job on the condition that he undergo a pre-employment physical since he was told he would be deploying to Al Udeid Air Base in Qatar.

Bighia, who served in the Army from 1981 until 1997, said he underwent surgery in 2008 to install a stent in a blocked heart artery. Three years later, he received a second stent after suffering a heart attack. But an Air Force doctor cleared him for deployment if the location had a fixed medical treatment facility, which was available at the Qatar base, according to an EEOC summary judgment of the case.

However, the Air Force rescinded the job offer in March 2014, determining Bighia could not deploy to areas that lacked a treatment facility and there was no guarantee that all possible locations would have one.

An administrative judge at the EEOC in San Antonio found in December that the Air Force had discriminated against Bighia in violation of the Rehabilitation Act of 1973. The act prohibits a federal agency from discriminating against a person with disabilities. The judge ordered the Air Force to pay Bighia for damages, back pay, legal fees and expenses that could have amounted to an estimated $1.6 million and reinstate a job offer to him.

Bighia on Oct. 7 accepted the job offer from the Air Force that was previously rescinded, said Keith Taubenblatt, Bighia's attorney.

However, in August, the Air Force appealed the compensatory damages and legal fees but not the judge's finding of discrimination nor the award of "equitable relief," meaning job reinstatement, back pay and benefits, according to EEOC documents.

The Air Force argued Bighia’s relief should be limited, even though the service accepted the judge’s decision that it discriminated against the veteran in violation of the Rehabilitation Act.

The Air Force appeal was rejected, according to a decision by Carlton Hadden, director of the Office of Federal Operations for the EEOC.

Moreover, the Office of Federal Operations also increased Bighia’s non-pecuniary damages, which can include emotional pain and suffering, to the statutory maximum of $300,000, and ordered the Air Force to pay within 60 days of the order. The award was previously $275,000.

"We find that the award of $300,000 is more appropriate considering the severity of the emotional harms [Bighia] has suffered, … and loss of enjoyment of life, compounded by the duration of time that has passed since the [Air Force's] discriminatory actions more than eight years ago and which remain unresolved to this day due to the protracted nature of the litigation," Hadden wrote in the decision.

Laurel Falls, an Air Force public affairs officer, said the agency does not intend to appeal the judgment.

“The Department of the Air Force is reviewing the U.S. Equal Employment Opportunity Commission Office of Federal Operations' decision to ensure the agency complies with the commission's order in the decision," Falls said in a prepared statement.

Taubenblatt said Bighia did this to obtain justice for himself, but he also did it because he wanted to make a difference.

“He saw that what the agency did here was wrong, and he intuited from that, that he can't be the only applicant that has been barred from the workplace based on misconceptions about a medical condition or based on biases with regard to disabled folks,” the attorney said. “He wanted to see that change, and if nothing else he wanted to show others that you can stand up to the government when they do something like that, and you can achieve victory.”