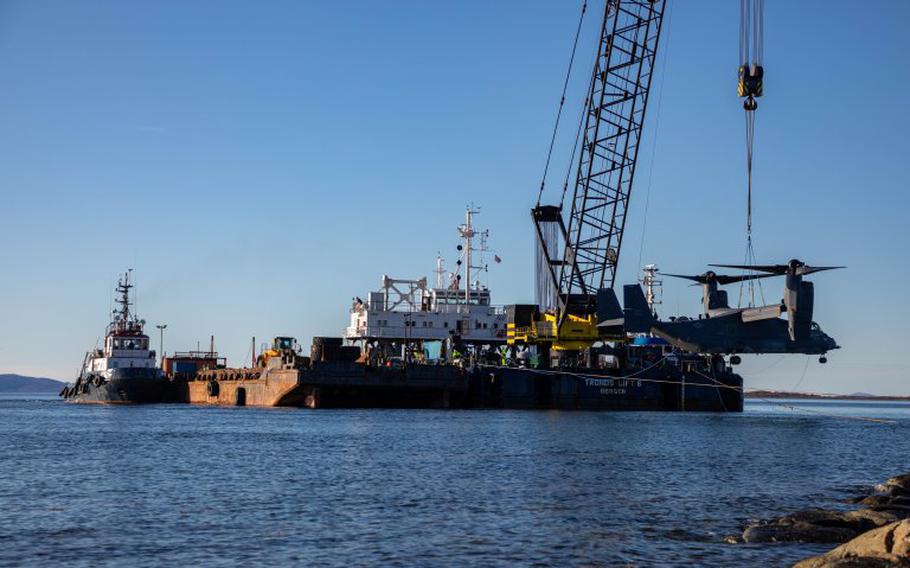 A U.S. Air Force Special Operations Command CV-22 Osprey is lifted onto a barge at Senja island, Norway, Sept. 27, 2022. The aircraft was stuck on the island for more than a month after its crew performed an emergency landing in the remote area Aug. 12. (Tiril Haslestad/Norwegian Armed Forces)

The Norwegian armed forces recovered a U.S. Air Force CV-22 Osprey on Tuesday from a remote nature reserve where it had been stranded since making an emergency landing last month.

The crew touched down on the south end of Senja island in Troms og Finnmark, Norway’s northernmost county, on Aug. 12 after a mechanical failure involving the tiltrotor system’s clutch.

After 46 days on the island, the Osprey is being transported by boat to the closest Norwegian port for shipment to the United States. The extent of the damage to the $90 million aircraft is not yet known.

The problem the Osprey experienced is known as a “hard clutch engagement.” It can cause a sudden shift in power and makes the aircraft hard to control. Such occurrences have happened at least six other times since 2017, Air Force officials have said. 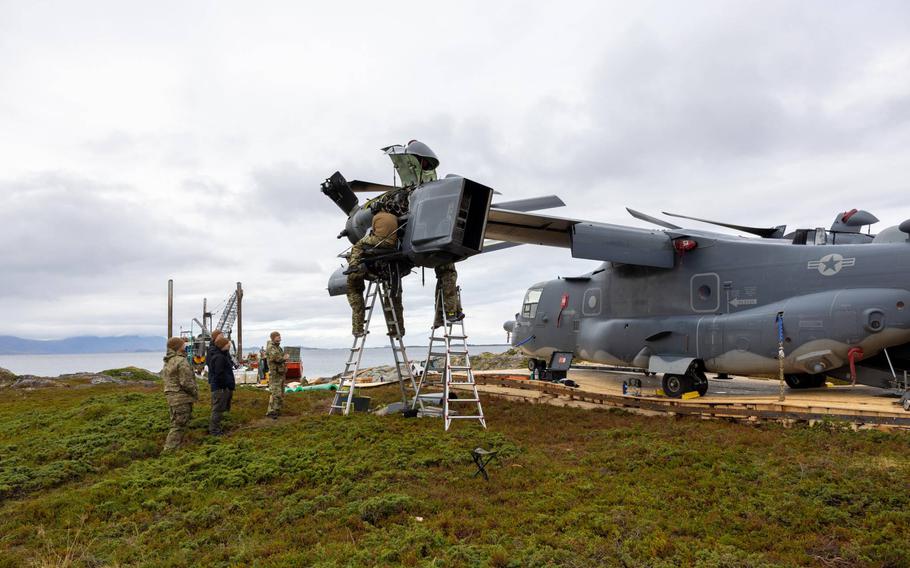 U.S. and Norwegian crew members prepare an Osprey aircraft engine for transport on Senja island, Norway, in September. The Osprey had been stuck on the remote island after an emergency landing Aug. 12. (Tiril Haslestad/Norwegian Armed Forces) 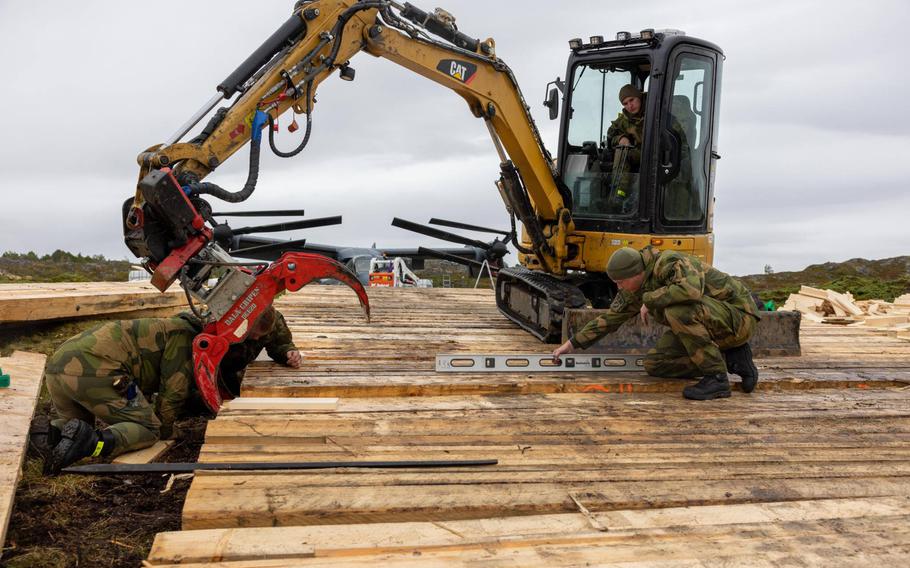 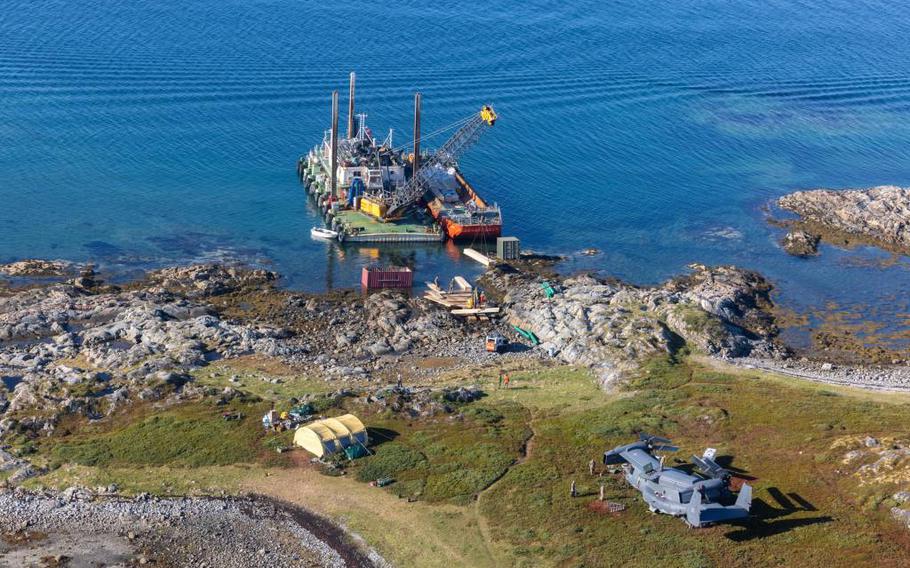 The U.S. Air Force CV-22 Osprey near the water in the Stongodden Nature Reserve, Norway, after an emergency landing in August. Too far from shore to be reached by crane and away from roads, the aircraft had to be moved closer to the water's edge via a makeshift ramp. (Tiril Haslestad/Norwegian Armed Forces)

The U.S. military is still trying to identify the root cause of the problem, Lt. Col. Rebecca Heyse, a spokeswoman for Air Force Special Operations Command, said Wednesday.

Despite the safe landing, the crew found itself in remote terrain, surrounded on one side by the Norwegian Sea and on the other by an exposed plateau.

Airlifting the 33,000-pound Osprey was ruled out, according to reports from the Norwegian armed forces.

The recovery team used a crane boat to lift the Osprey, whose wheels were dug into the ground too far from the water's edge for it to be lifted directly.

By mid-September, all fuel had been drained from the Osprey, making it lighter and safer to move, according to reports by the Norwegian military. Teams dug the aircraft from the ground and moved it up about 55 feet toward the bay via the makeshift road. 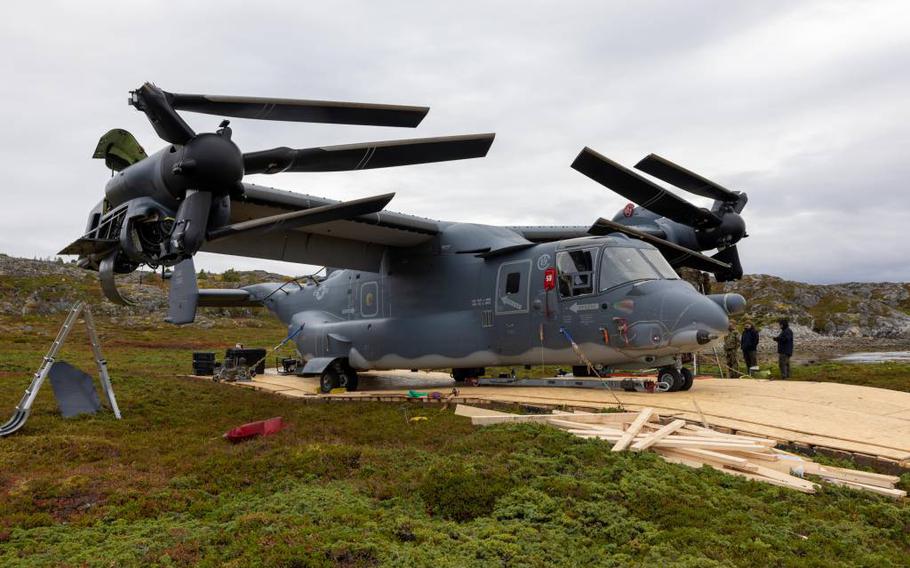 A U.S. Air Force CV-22 Osprey is prepared for movement at Stongodden Nature Reserve in Norway. The Osprey had been stuck on the island of Senja since August, after an in-flight emergency forced the crew to land. (Tiril Haslestad/Norwegian Armed Forces)

Severe weather on the other side of the country initially delayed the arrival of the crane barge. The recovery effort also was postponed a day because of rough weather, which created 6-foot-high waves off the rocky shore.

In the aftermath of the Norway incident, Air Force Special Operations Command grounded its fleet of Ospreys for nearly 2½ weeks to allow for safety reviews and discussion of possible solutions to the hard clutch engagement problem.

The August incident was the second emergency situation in Norway this year involving a variant of the aircraft.

In March, four Marines died when their Osprey crashed near the far northern city of Bodo. An investigation determined that the crash was caused by pilot error amid a series of faulty maneuvers at a low altitude. 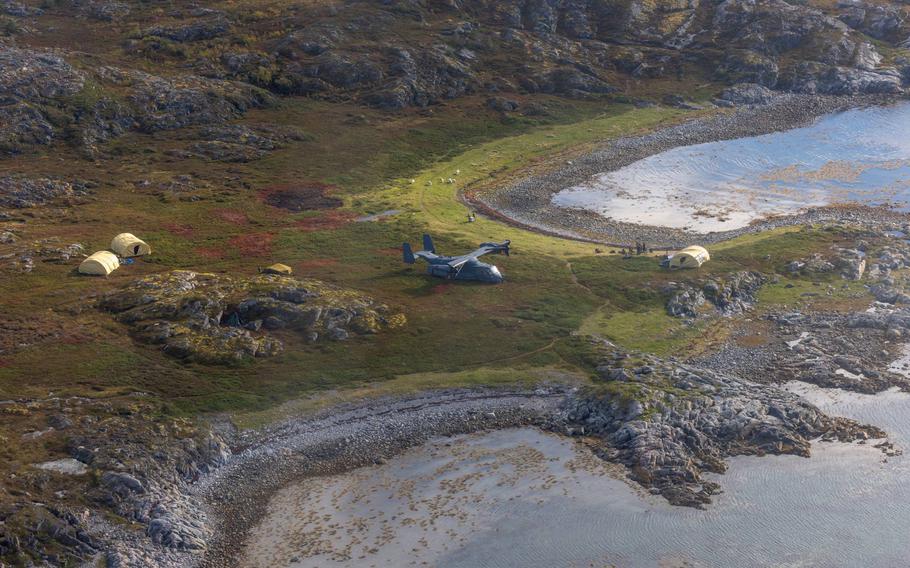