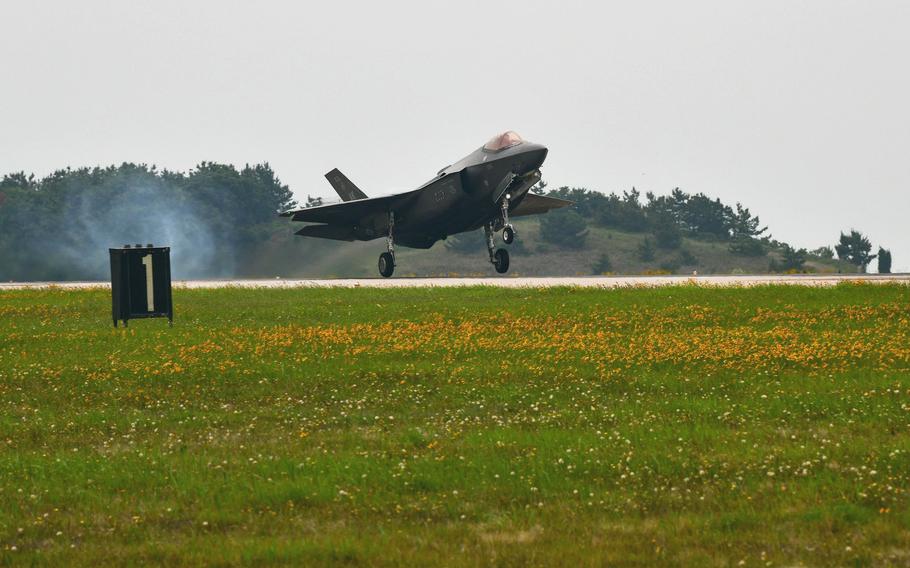 Six F-35s from Eielson Air Force Base, Alaska, flew to an undisclosed location in South Korea “to display the strong deterrence and a joint defense posture” of the South Korea-U.S. alliance and to “improve interoperability” between the two countries, the Defense Ministry said in a news release Tuesday.

The military uses “interoperability” to describe the ability of a country’s armed forces to use another country’s training methods and military equipment.

The F-35s will be flying with several different U.S. and South Korean aircraft for “familiarization and routine training” in and around South Korea, according to a news release Tuesday from U.S. Forces Korea.

“The aviation training is also an opportunity for the aircrews to perform sustainment and maintenance duties to support the latest in military aircraft technology,” according to USFK.

U.S. F-22 Raptors, an older fifth-generation fighter, have exercised with South Korean aircraft over the Korean Peninsula, but this exercise marks the first time F-35s from both countries will operate together, 7th Air Force spokeswoman Lt. Col. Kelley Jeter told Stars and Stripes by phone.

“We are going to step up our exercises,” Yoon said during a press briefing with Biden in Seoul in May.