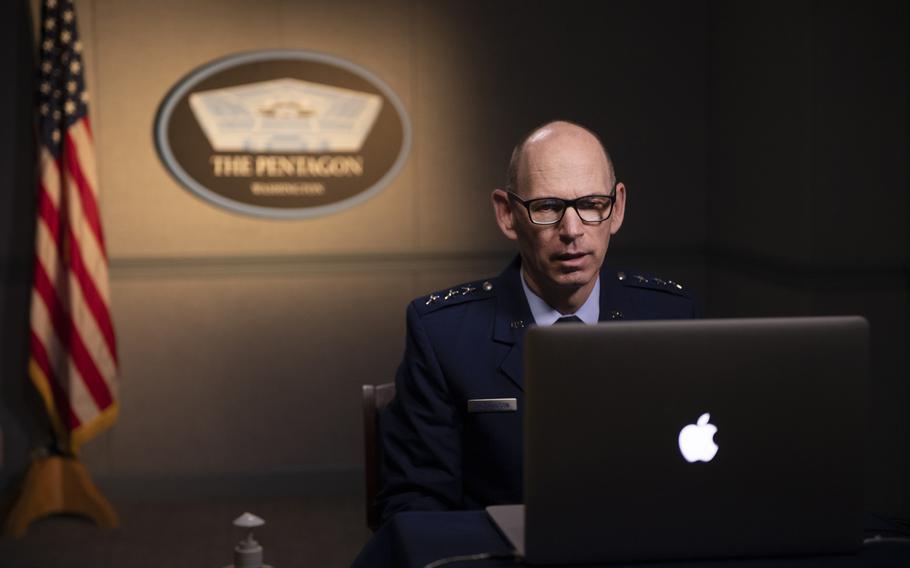 (Tribune News Service) — One of the most important Air Force major commands will welcome a new commander Monday.

The event is not open to the public, but the command said the ceremony will be livestreamed on You Tube at https://www.youtube.com/c/AFMC.

Other museum galleries will be open to the public as normal, the command said. The museum opens at 9 a.m.

Headquartered at Wright-Patterson Air Force Base, AFMC manages more than one-third of the Air Force budget, managing and dispersing funds across multiple installations, supporting research and development and many other tasks. The command includes more than 87,000 uniformed and civilian Airmen at bases around the world.

Gen. Charles Q. Brown Jr., Air Force chief of staff, is scheduled to preside at the change of command, and other senior Air Force and Space Force leaders are expected to be on hand.

Bunch will retire immediately after the ceremony, AFMC said. He and his wife Caroline will return to his native Tennessee where Bunch will become Director of Hamblen County Schools.

Richardson serves at the Pentagon as Military Deputy, Office of the Assistant Secretary of the Air Force for Acquisition, Technology, and Logistics.

He will pin on his fourth star during a private ceremony with family members before assuming command, becoming a full general.

According to his Air Force bio, Richardson’s career started in 1983 with his enlistment as an avionics technician. He earned an electrical engineering degree under the Airmen’s Education and Commissioning program and attended Air Force Officer Training School where he earned his commission as a second lieutenant in September 1989.

His career in acquisition and materiel brought him to Wright-Patterson for the first time in 1997 where he supported the F-15 System Program Office. He also served in a number of leadership roles in the Aeronautical Systems Center and Air Force Life Cycle Management Center at Wright-Patterson, including as AFLCMC vice commander.

Richardson hails from Tucson, Ariz. He and his wife, Dede, have four children and six grandchildren.