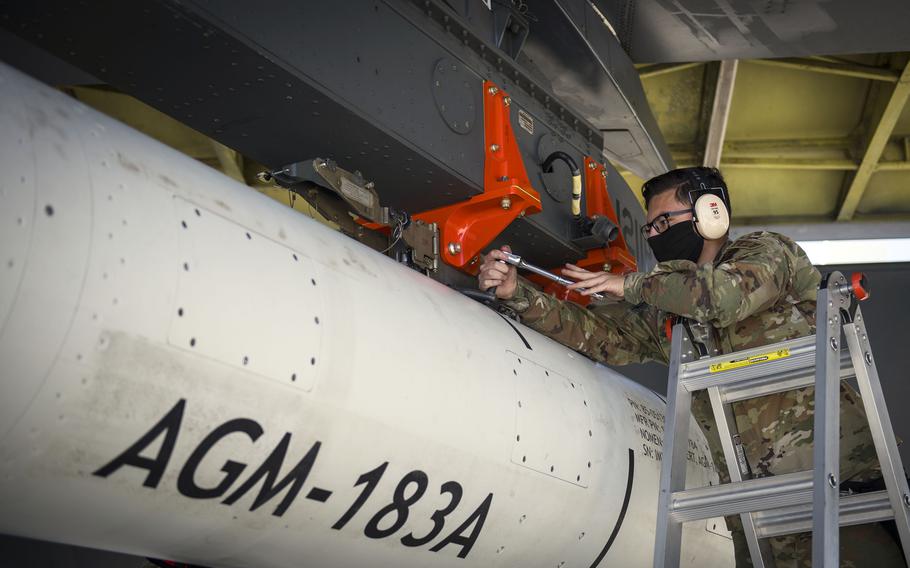 The U.S. Air Force achieved a “major accomplishment” in successfully firing a hypersonic weapon from a B-52 bomber on Saturday, the service announced Monday.

The Stratofortress released an AGM-183A Air-launched Rapid Response Weapon, or ARRW, off the Southern California coast, the Air Force said in a news release.

The service said the weapon traveled five times faster than the speed of sound.

“This was a major accomplishment by the ARRW team, for the weapons enterprise, and our Air Force,” Brig. Gen. Heath Collins, Air Force program executive officer for weapons, said in the news release. “The team's tenacity, expertise, and commitment were key in overcoming the past year's challenges to get us to the recent success. We are ready to build on what we've learned and continue moving hypersonics forward.”

Tests of the weapon in April, July and December of last year all failed during the launch process, according to a May 5 report by the Congressional Research Service.

“The Air Force continues to assert that, despite these failures, ‘it is still possible to provide [early operational capability] in late calendar year 2022, provided future flight testing [of ARRW] concludes as per the current plan,’ ” the report said.

Saturday’s test was executed by the 419th Flight Test Squadron and the Global Power Bomber Combined Test Force, both at Edwards Air Force Base, Calif.

In the news release, Lt. Col. Michael Jungquist, commander of the 419th and the test force, lauded the team that “made history on this first air-launched hypersonic weapon.”