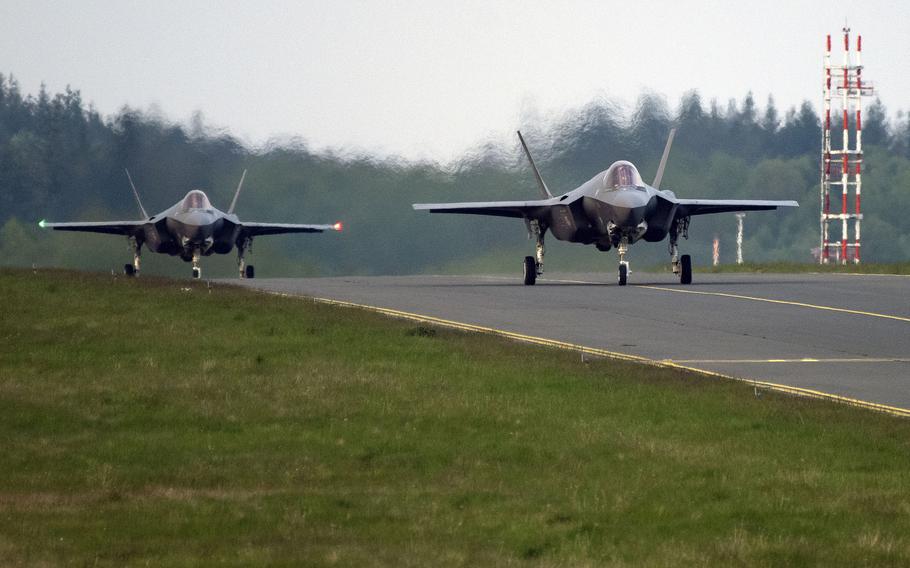 The jets and about 100 support personnel from the 158th Fighter Wing in Burlington, Vt., will replace F-35 units from Hill Air Force Base, Utah, that have been deployed to Germany since February. The F-35s are expected to patrol NATO’s eastern borders.

All but four F-35s from Hill are scheduled to return home later this week, USAFE-AFAFRICA said in the statement.

Vermont Air National Guard crews will operate and maintain the Utah-based F-35s as well as their own, for a total of 12 jets at Spangdahlem in support of NATO missions, USAFE-AFAFRICA said.

That’s the same number that deployed from Hill about a week before Russia launched a full-scale invasion of Ukraine on Feb. 24.

The rotation comes as the war in Ukraine shows no signs of abating. After failing to capture Kyiv, the Ukrainian capital, Russian forces have shifted mostly to the Donbas region in eastern Ukraine. 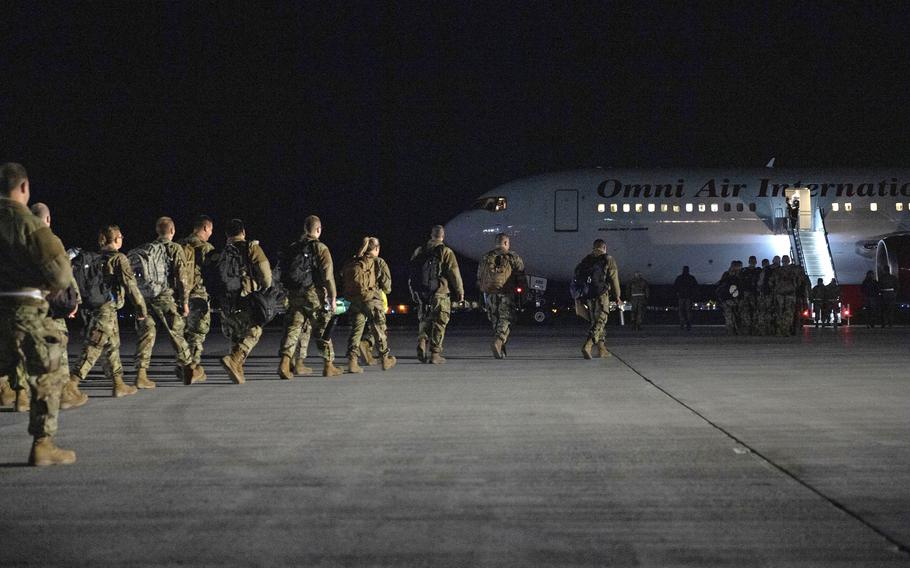 While in Germany, some of the Utah-based F-35s deployed to NATO bases in Estonia, Lithuania and Romania, protecting allied airspace in the Baltic Sea and Black Sea regions.

The command would not say how long the Guard’s F-35s will remain in Europe, citing operational security.

The commander of the 158th Fighter Wing said the deployment comes only four months after the unit converted to an operational F-35 fighter wing.

“The Green Mountain Boys are ready and proud to answer this call, and we’re grateful for the support of our families, employers and communities,” Col. David Shevchik said last week in a statement.

The 480th deployed aircraft and personnel for three months to support air policing missions, with aid from Romania, Italy and the United Kingdom.