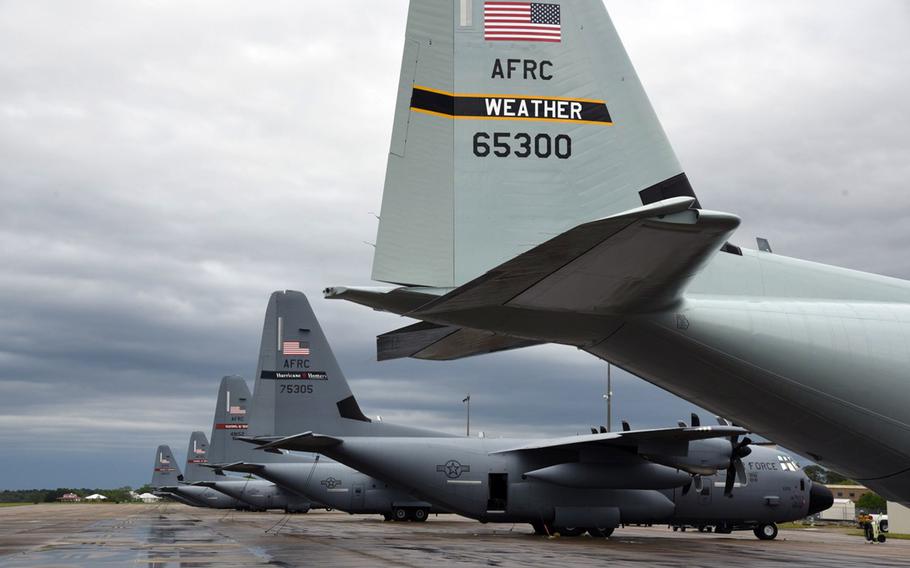 The Hurricane Hunters of the 53rd Weather Reconnaissance Squadron at Keesler Air Force Base, Miss., are changing their WC-130J Super Hercules aircraft to a paint scheme that will last longer and save money. (Jessica Kendziorek/U.S. Air Force)

The Hurricane Hunters of the 53rd Weather Reconnaissance Squadron are changing the look of their fleet of WC-130J Super Hercules aircraft to a paint scheme that will last longer and save money.

The first of the 10 WC-130J aircraft returned April 5 to Keesler Air Force Base, Miss., sporting a high-gloss paint job and the historic “Weather” tail marking, according to an Air Force statement that day.

“It helped that it has the advantage of a nominal fuel savings and a significantly decreased burden on maintenance,” he said. “The decision was approved by our Wing Commander, Col. Stuart Rubio, and forwarded to Air Force Materiel Command and the Depot facility for approval and action.” 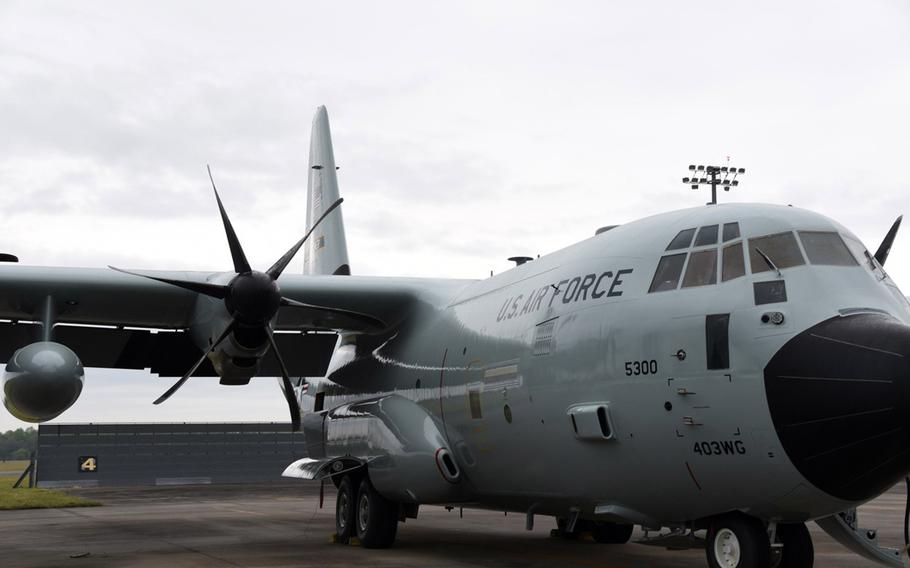 The Hurricane Hunters of the 53rd Weather Reconnaissance Squadron at Keesler Air Force Base, Miss., are changing their WC-130J Super Hercules aircraft to a paint scheme that will last longer and save money. (Jessica Kendziorek/U.S. Air Force)

The squadron maintenance section found that the tactical gray required touch-up painting on the wing leading edges and on the vertical tail fin after each two-week storm rotation, compared to three to four rotations for the glossy gray.

“The glossy gray paint scheme held up much better to the weathering elements during hurricane season than our current tactical gray paint scheme does,” Senior Master Sgt. Stephen Connors, 403rd MXS fabrication flight chief, said in the Air Force statement. “And when it comes to maintenance and touch up painting, the glossy gray lasts longer.”

The Hurricane Hunters provide surveillance of — sometimes flying directly into — tropical storms and hurricanes in the Atlantic Ocean, the Caribbean Sea, the Gulf of Mexico and the central Pacific Ocean for the National Hurricane Center in Miami. The unit also flies winter storm missions off both coasts of the United States, according to the Air Force.

“The Air Force Reserve Hurricane Hunters at the 53rd Weather Reconnaissance Squadron are an extremely dedicated group of people — they are committed to the mission of flying into dangerous storms to gather information that leads to better forecasts and warnings to protect lives and property,” National Oceanic and Atmospheric Administration spokesman Michael Brennan told Stars and Stripes by email Friday.

“Aircraft observations of wind, temperature, moisture and pressure are directly used by models to improve their analysis of the storm and are leading to 10-15% improvements in track forecasts and 15-20% improvements in intensity forecasts,” he said.