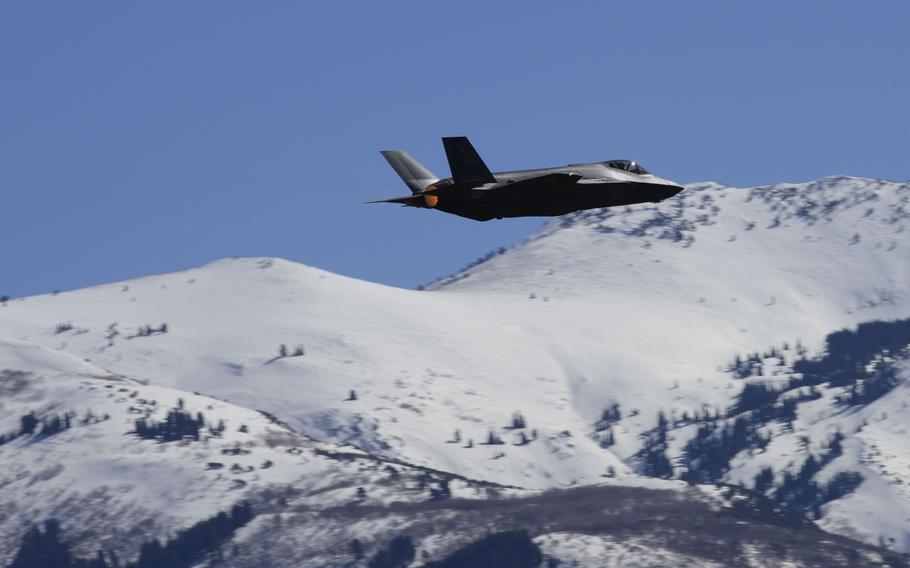 (Tribune News Service) — Two years ago, the Air Force said the F-35 Joint Program Office's Hybrid Product Support Integrator would move to Wright-Patterson Air Force Base by the spring of 2022.

The move has happened, and the office should approach 400 employees by mid-year, a spokeswoman for the program told the Dayton Daily News Wednesday. The office has moved to Wright-Patterson from Arlington, Va.

The decision to move the work to Wright-Patterson goes back to late 2018, when the Greene County installation was identified as the Air Force's preferred location, with minimal environmental impact.

F-35 representation at Wright-Patterson is expected to approach 400 people by mid-2022, said Laura Seal, public affairs lead for the office.

Asked if telework from Virginia was being used, Seal said employees are working out of existing facilities on Wright-Patterson.

The office has personnel focusing on site and ship activation, maintenance and modifications of planes and parts, offering support across the supply chain, with a 24/7 "global operations center," which hit initial operating capability this past June, Seal said.

The office's primary role is to make sure the plane is ready for warfighters and affordable for the Air Force.

While budget hawks have decried the plane's cost — its price tag is in the ballpark of $100 million each — advocates tout its smooth flying capability, aided by computer automation, and stealthy survivability.

And European countries, including Germany and Finland, have found new reasons to love the F-35 in the wake of Russia's Feb. 24 invasion of Ukraine.

However, in its most recent budget proposal, the Air Force said it wants to buy 33 F-35As in the coming fiscal year, fewer than the 48 the branch sought in last year's budget.

"Co-locating all elements of the HPSI organization allows for U.S. government, partner nations and Industry personnel to work collaboratively with a performance-based focus on the F-35 fleet," Seal said.