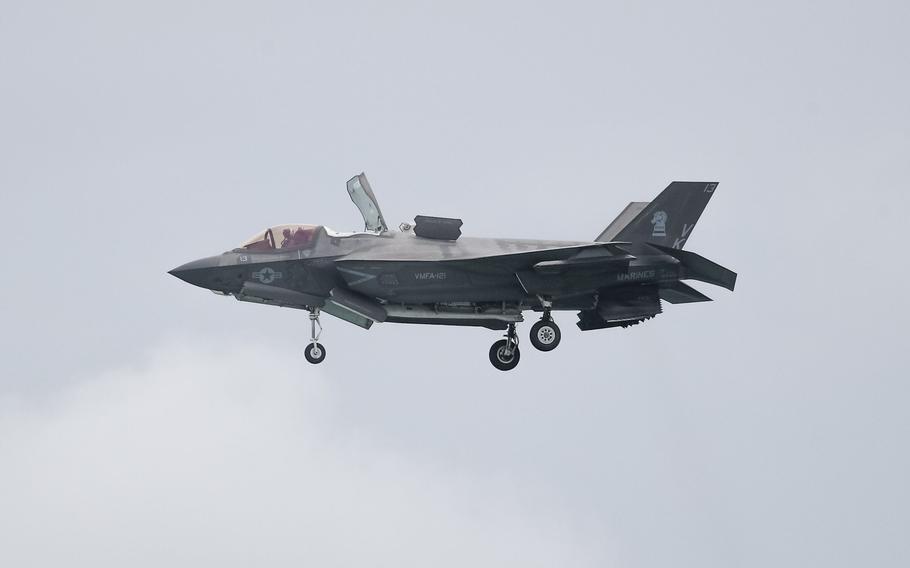 (Tribune News Service) — Canada has selected the Lockheed Martin F-35 in the country's competition to buy a new fighter jet, the Canadian government said this week.

The purchase of 88 U.S.-made jets represents a $15 billion commitment (or $19 billion Canadian).

The announcement marks another nation committing in recent weeks to the fighter jet whose development has been managed by Wright-Patterson Air Force Base.

Germany and Finland have also committed to the fighter or elected to "join the F-35 family," U.S. Rep. Mike Turner, R-Dayton, said Wednesday at a House Armed Services Committee hearing. Germany had initially been considering the F-18.

Turner traced those nations' decisions to Russia's Feb. 24 invasion of Ukraine, which persuaded several nations to reconsider the stealthy, advanced F-35, which is capable of carrying nuclear weapons.

"They'll deliver a tremendous improvement in our strategic ability, in indications and warnings, in command and control and mission command," Wolters said.

The office operated in Crystal City, Va. The Air Force in 2019 said a planning team with the Air Force Life Cycle Management Center was preparing for the organization's reception and "beddown" on Area A of Wright-Patterson.

When fully staffed, the office will have 440 people, with most at Wright-Patterson.

The program supporting the F-35 fighter is set to move to Wright-Patterson in the spring of 2022, an Air Force Materiel Command spokesman told the Dayton Daily News in 2019. Questions were sent to AFMC representatives Wednesday.