Air Force plans to cut its F-22 fleet, but that won’t derail move to Langley AFB 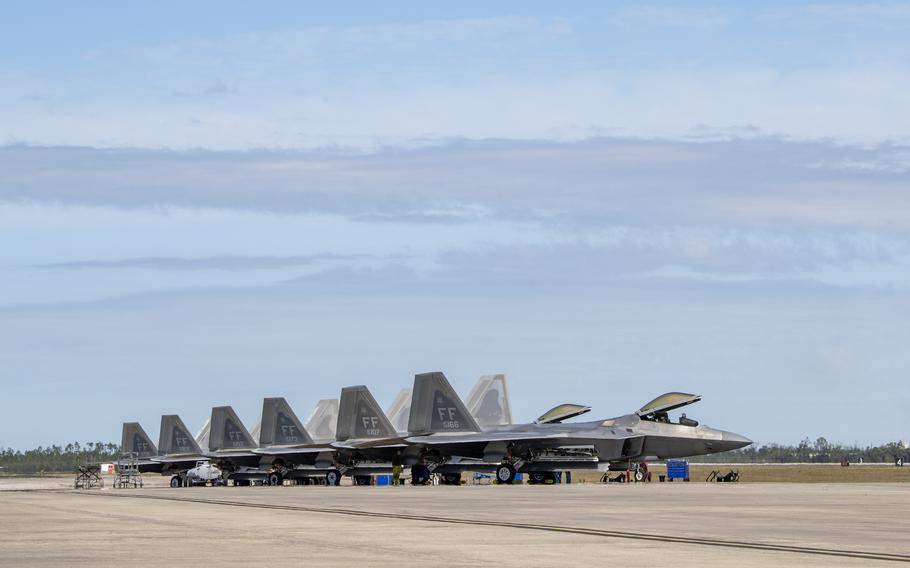 (Tribune News Service) — The Air Force plans to cut its fleet of F-22s by 33 — mothballing planes used by the training unit that’s moving to Langley Air Force Base — but its plans to shift that unit and its hundreds of civilians and contractors to Hampton are still on course.

“Although we plan to retire the F-22 Block 20 aircraft, we plan to redistribute the existing operational F-22 aircraft to support the training mission as well as the operational missions,” said Ann Stefanek, the Air Force’s chief media spokeswoman.

“The Air Force still plans to move the F-22 Formal Training Unit to JBLE/Langley,” she said.

The budget proposal President Joe Biden submitted to Congress on Monday includes a plan to mothball F-22s that aren’t configured for combat, sparking some speculation that the plan to move the F-22 Formal Training Unit from Florida to Langley would be canceled.

Stefanek said the Air Force is working on plans for the move to Joint Base Langley/Eustis.

“We had been given hints by the Air Force that the number of F-22s coming to Langley with the FTU would be smaller, so some reduction was expected,” said Craig Quigley, executive director of the Hampton Roads Military and Federal Facilities Alliance.

“Air Force still needs an FTU, no matter where the aircraft come from or how many there are, so that is still very much a work in progress,” he said.

The Air Force had approved moving its F-22 training unit from Florida last year, but the timing slipped while the service worked to complete a study of the its current and future aircraft requirements. The Biden Administration budget proposal calls for delivery of more F-35s and F-15EX fighters.

The move is coming in order to free up space at Eglin Air Force Base for an additional F-35 training unit.

As approved last year, the move to Langley would bring 31 F-22 fighters here, as well as 16 T-38s, which are used to represent hostile aircraft. The Air Force budget does not call for any reductions in its inventory of T-38s. The relocation would bring 760 Air Force personnel and contractors to Langley, which would become home to the 43rd Fighter Squadron, the 43rd Aircraft Maintenance Squadron, the 2nd Fighter Training Squadron, and the 325th Training Support Squadron.

Shifting F-22 training to Langley requires new facilities, including a 68,000 square foot maintenance facility with four bays, a building to house classrooms, eight full-mission simulators and 16 weapons and tactics trainers, a hangar with six bays as well as space for aircraft maintenance personnel and a 120-person dormitory.