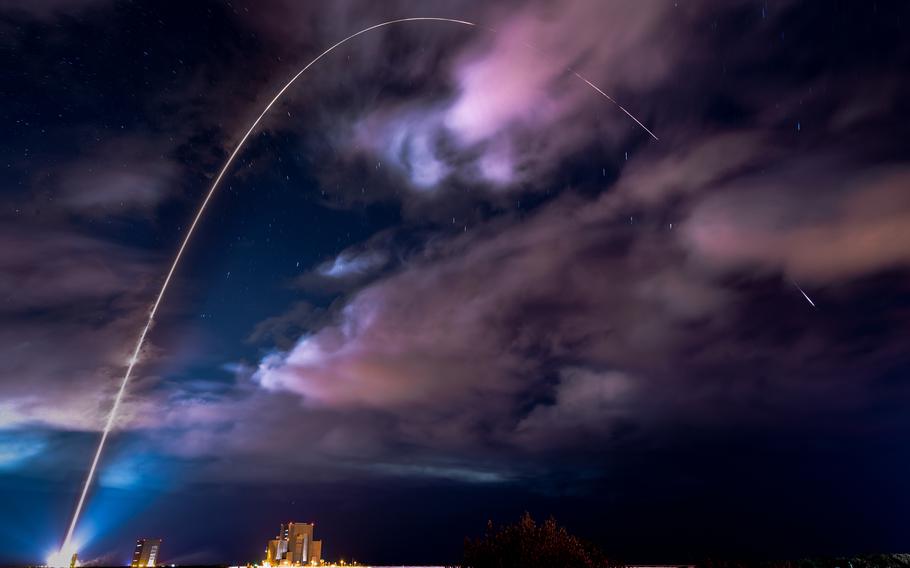 The U.S. Air Force and the newly established Space Force were graded as “weak” in an annual assessment of military power that found both services to be underequipped to carry out the full spectrum of their respective missions.

The assessments, contained in the conservative Heritage Foundation’s 2022 index on military strength, examined the capability, capacity and readiness of each service and whether they would be up to the task of fighting two major conflicts simultaneously.

“These three areas of assessment (capability, capacity, and readiness) are central to the overarching questions of whether the U.S. has a sufficient quantity of appropriately modern military power and whether military units are able to conduct military operations on demand and effectively,” the Washington-based think tank said in a statement Wednesday.

The Heritage index rates the services on a five-category scale that ranges from “very strong” to “very weak.” Heritage emphasized that the scores do not reflect the U.S. military’s strength relative to other militaries.

“Rather, they are assessments of the institutional, programmatic, and material health or viability of America’s hard military power,” Heritage said.

For the Air Force, the score of “weak” was a downgrade from its “marginal” rating in Heritage’s assessment last year. 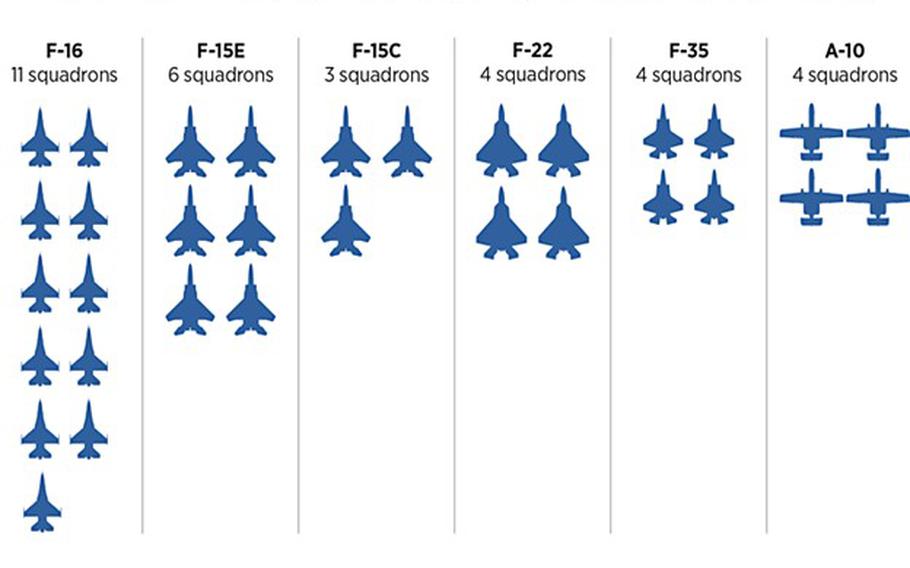 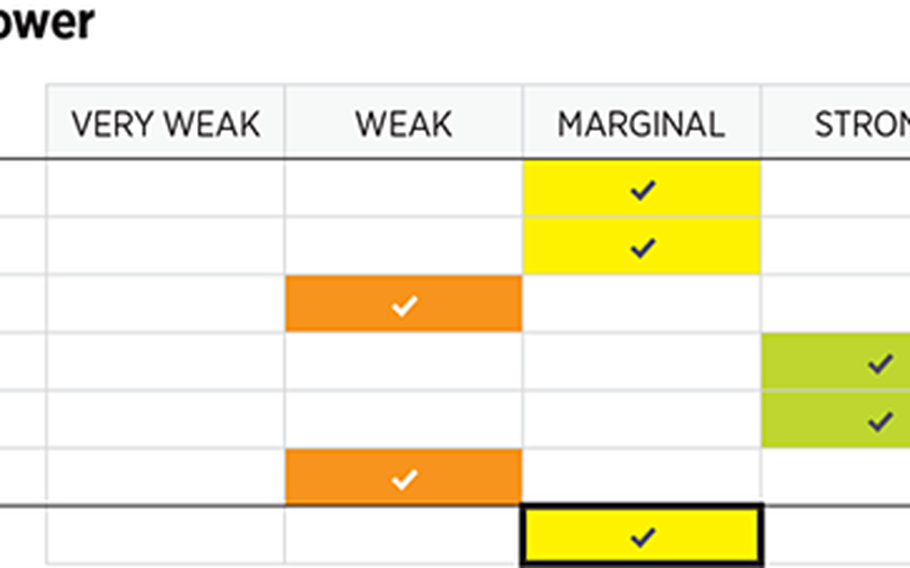 While the Air Force possesses 86% of the combat aircraft recommended by the index, the mission readiness and physical location of the aircraft “would make it difficult for the Air Force to respond rapidly to a crisis,” Heritage said.

Also, the need to pull aircraft from all locations for a single major fight would prevent them from joining a simultaneous major battle elsewhere.

While Heritage said Air Force modernization programs are “generally healthy,” old planes are being retired faster than they are getting replaced. A pilot shortage and reduced flying hours also factored into the Air Force’s lower score.

Meanwhile, the Space Force was assessed by Heritage for the first time and received poor marks.

The service “does not have enough assets to track and manage the explosive growth in commercial and competitor-country systems being placed into orbit,” Heritage said in its 608-page report.

Also, the force has outdated equipment and lacks defensive and offensive counter-space capabilities, the report said.

The Marine Corps, meanwhile, was bumped up from “moderate” to “strong” due in part to its “extraordinary efforts to modernize” and its enhanced combat readiness, Heritage said.

The Corps’ strides came at the expense of building capacity, “but better to have a combat-relevant force, even if small, than a large force that is ill-suited for war,” the report said.