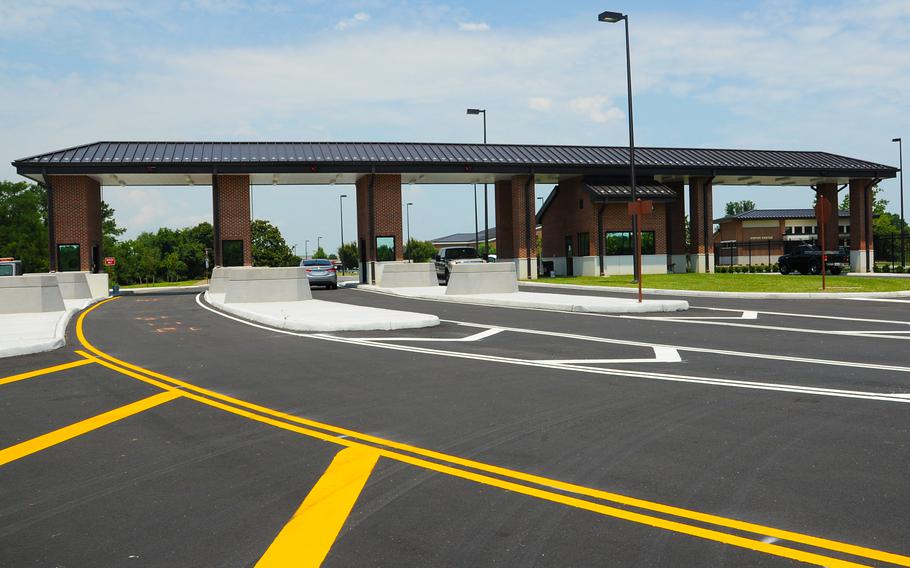 HAMPTON, Va. (Tribune News Service) — Hampton has been awarded a federal grant for a wetlands study in a place officials are now eyeing as a potential site for Langley Air Force Base’s new West Gate.

Engineering consultants Kimley-Horn will begin the study next month. The Virginia Beach-based firm will review an area near Commander Shepard Boulevard north of Langley’s airfield.

The site has a stormwater drainage system used by NASA Langley Research Center, the Air Force and Hampton. It extends across Commander Shepard Boulevard to the west and as far south as the Back River’s southwest branch.

The proposed site also is in a flood zone. The new gate needs to be flood-secure and resilient to flood events, officials said.

The study will identify wetlands and outline any mitigation efforts — but a confirmation from the U.S. Army Corps of Engineers for delineation to accurately identify the boundaries and types of wetlands requires additional funding, Sturk said.

Plans to move the West Gate have been in the works for a couple of years. The current entry at North Armistead Avenue off Sweeney Boulevard lies in the clear zone near the end of the base’s runway.

Additionally, the Air Force has begun the permanent relocation of its F-22 fighter jet training facility from Tyndall Air Force Base in Florida to Langley. With as many as 760 more people coming — including military, civilian and contract personnel — over the next five to seven years, the Air Force expects more activity in that vicinity: increased development and traffic.

In March, Hampton accepted $700,000 in federal funds to clear 118 acres of trees blocking the flight path at the base. LAFB has contributed $1.6 million toward the site’s clearing, which hasn’t yet begun by a contractor.