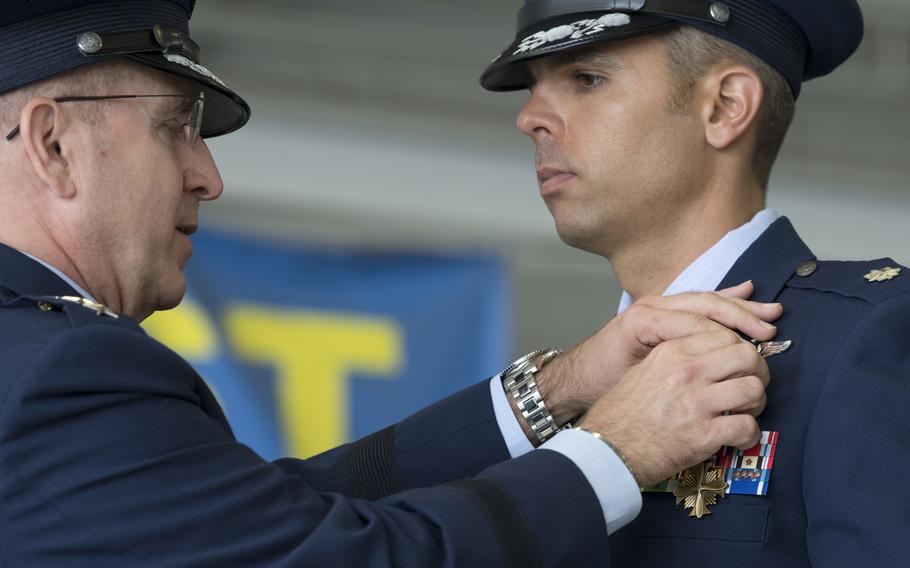 “In total, the crew engaged three separate enemy positions, provided continuous fire to shield helicopter assault forces during the landing and casualty evacuation, and ultimately ensured the rescue of wounded ground forces,” Schermerhorn wrote. “I am humbled to serve alongside these heroes.” 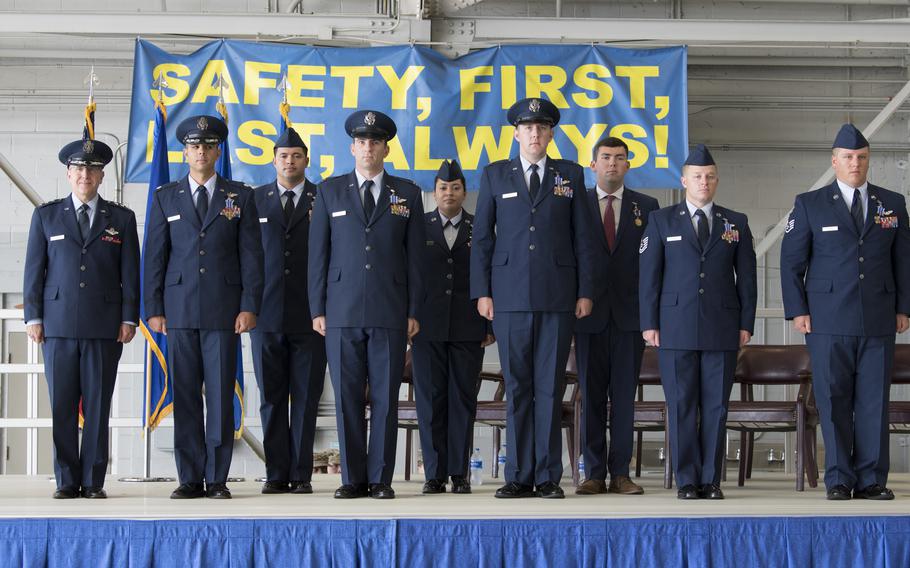 The crew of Shadow 71 pose after receiving the Distinguished Flying Cross and an Air Medal during a ceremony at Hurlburt Field, Fla., June 22, 2021. The crew received the medals for their actions to protect ground forces in Afghanistan in September 2019. (Victor J. Caputo/U.S. Air Force)

The Distinguished Flying Cross, which ranks below the Silver Star and Legion of Merit in the order of precedence, is awarded to any member of the U.S. military for extraordinary achievement while participating in aerial flight.

“I always say gunships are a team sport,” McCall said in a statement. “You really can’t do something like this without a great team.”

The Air Medal is awarded for single acts of heroism or meritorious achievements during aerial flight, and ranks below the Bronze Star and Meritorious Service Medal.

“Shadow 71 has talent from front to back,” McCall said.

The crew is part of the 73rd Special Operations Squadron, which plans, prepares and carries out close air support and interdiction missions to aid both conventional and special operations troops.

Neither Schermerhorn nor the Air Force statement provided further details of Shadow 71’s mission, such as its precise date or location, the number of enemy forces or the number of casualties.

During September 2019, two Americans were killed in action, including one in a suicide bombing in Kabul that prompted then-President Donald Trump to briefly halt U.S.-Taliban peace talks. Some 37 service members were wounded in action that month — all Army soldiers with the exception of one airman — Pentagon data show. 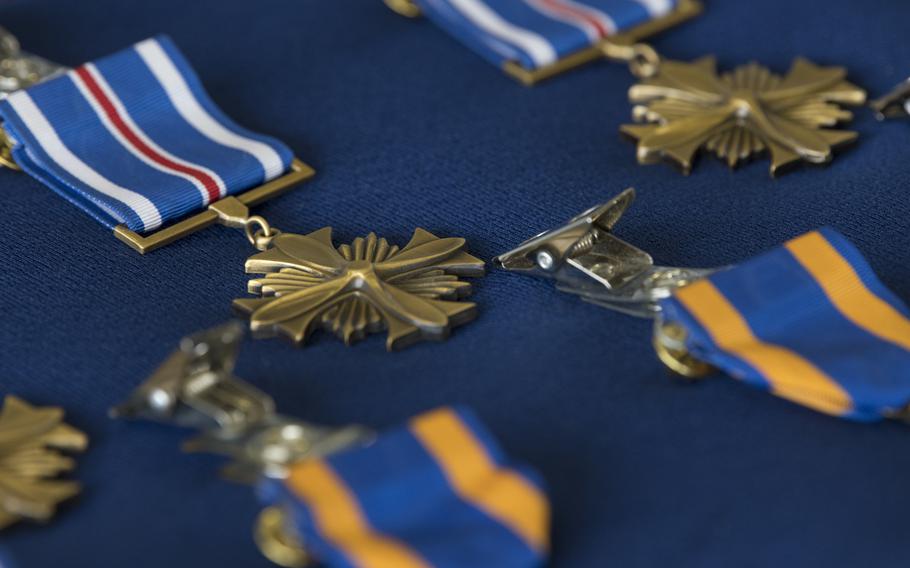 Green Beret Sgt. 1st Class Jeremy Wayne Griffin was killed Sept. 16, 2019, from small arms fire during combat operations in Wardak province, but the Army has given scant details of that incident.

The AC-130J Ghostrider, first deployed in 2019, is a heavily modified version of the C-130J armed with 30 mm and 105 mm canons and precsion guided munitions.