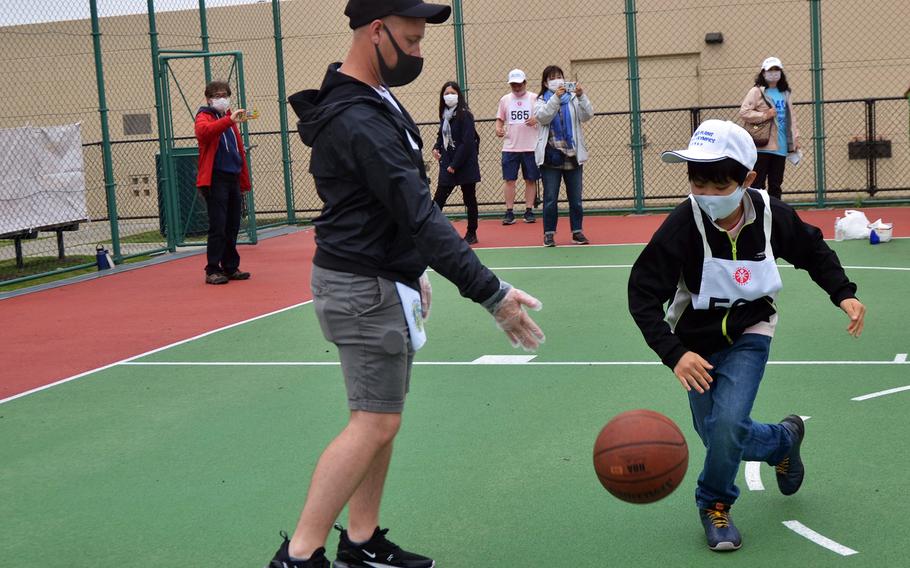 Buy Photo
A student from a Tokyo-area school competes in the Kanto Plains Special Olympics at Yokota Air Base, Japan, Saturday, May 22, 2021. (Erica Earl/Stars and Stripes)

YOKOTA AIR BASE — The Kanto Plains Special Olympics returned to the home of U.S. Forces Japan after skipping it last year for the first time in 42 years because of the coronavirus pandemic.

Students from Defense Department and Japanese schools and other programs competed Saturday at Yokota High School in western Tokyo in a daylong series of events that included soccer, basketball, a 50-meter dash and a Frisbee toss.

Cynthia and Stacey Elliott, DOD civilian employees at Yokota, have been taking their 15-year-old daughter Daisy to Special Olympics events since she was 6 years old. 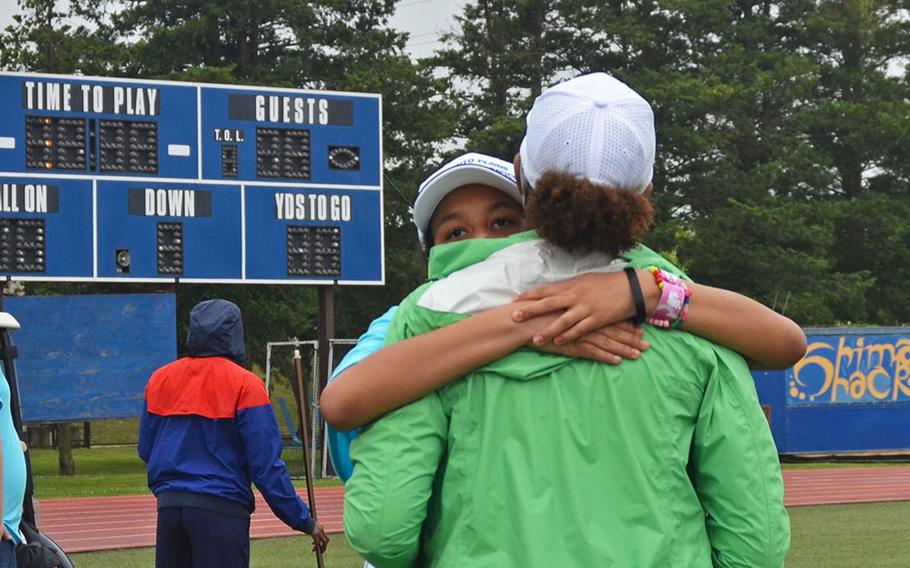 Daisy, a ninth-grader in Yokota High School’s special education program, said her favorite events are running and basketball. Stacey Elliott said that while Daisy has speech delays, she is still able to express that she wants, like most teenage girls, to spend time with friends. 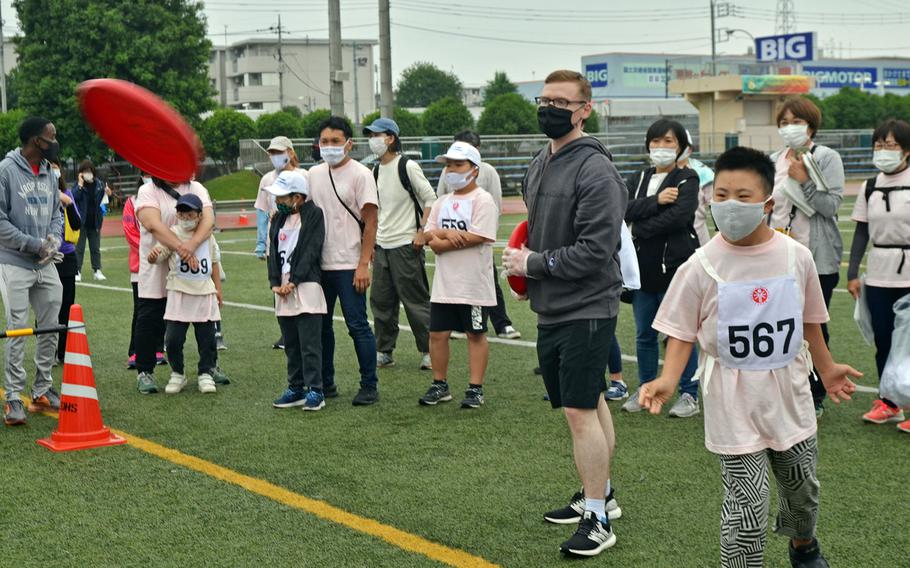 Buy Photo
A Frisbee toss competitor takes his turn during the Kanto Plains Special Olympics at Yokota Air Base, Japan, Saturday, May 22, 2021. (Erica Earl/Stars and Stripes)

Approximately 95 children with intellectual, physical and learning disabilities from 16 different schools and community programs came out to participate. Elementary, middle and high school students and families from Yokota, Yokosuka Naval Base and Camp Zama joined the event.

Last year, Yokota canceled the Special Olympics, an annual event since 1980, because of the coronavirus pandemic. This year, the commander of Yokota’s 374th Airlift Wing, Col. Andrew Campbell, said 170 athletes were invited to the event.

Because of the ongoing pandemic, not all Japanese schools or programs invited were able to attend. 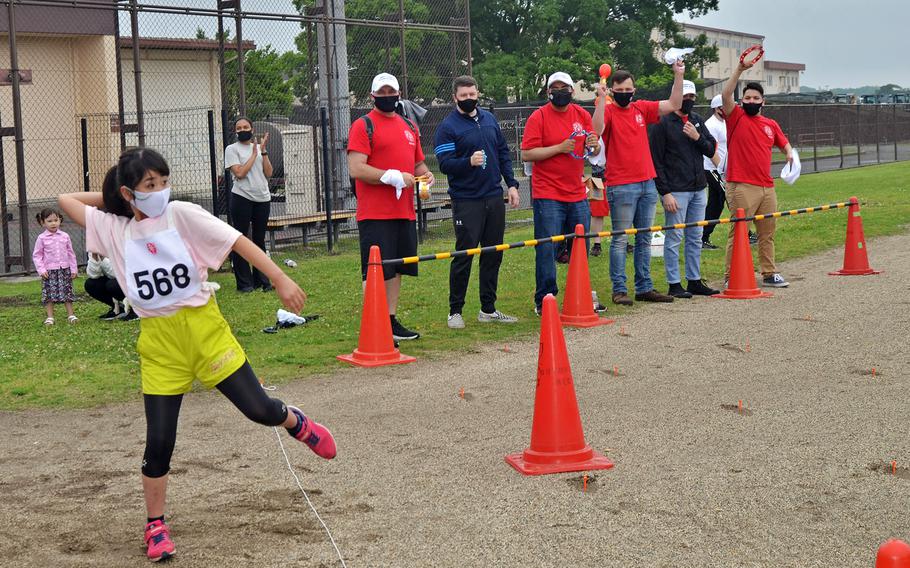 Buy Photo
Volunteers cheer on a competitor in the Kanto Plains Special Olympics at Yokota Air Base, Japan, Saturday, May 22, 2021. (Erica Earl/Stars and Stripes)

“I’m proud that we are able to have the event amid this year’s pandemic challenges,” Campbell said during the opening ceremony. “It makes it all the more special to be able to gather now as a community.”

This year was significant for the Special Olympics because it took place two months before the highly anticipated, rescheduled Tokyo 2020 Olympic Games. But the mission, not just the timing, makes the Yokota event so important, Campbell said.

“It’s a special event every year,” Campbell told Stars and Stripes on Saturday. “It’s heartwarming to see it being carried on. I’m proud that we are able to invite these athletes out here and safely give back to our community.”

Izumi Arimoto, a piano teacher, said she brought her daughter Vienna to the Special Olympics for the second time because she likes to see her socialize with a diverse group of kids.

Arimoto said raising a child with intellectual disabilities in a country that is very focused on education can be difficult.

“The academics part is a challenge,” she said. “I worry that she might miss out on important subjects that she cannot understand, but she can still focus on learning life skills.”

Vienna Arimoto, 11, is a member of Halau ‘O Kai Malino, a hula dancing group at Yokota and in the nearby cities of Tokorozawa, Musashimurayama and Tachikawa.

Halau ‘O Kai Malino, the Tokyo-Yokota Lions Club, the Military Retiree Association, the Yokota Spouses Club and the Japan-America Air Force Goodwill Association were some of the many sponsors for the event.

“I wish that all who prepared for this event will reach their personal goals,” he said in his speech. “I hope athletes here may be future Olympians to compete against the world.”