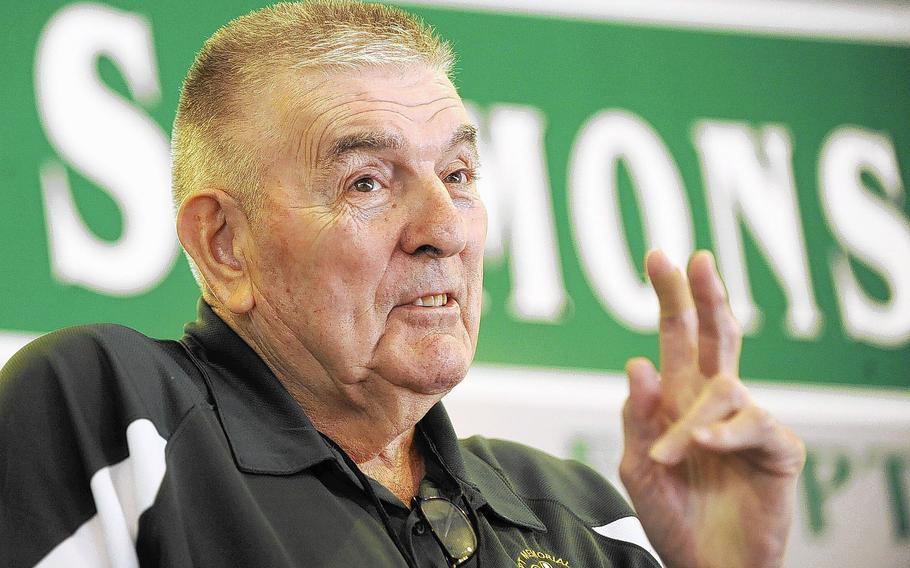 (Tribune News Service) — Curt Simmons, one of the most prominent athletes ever to come out of the Lehigh Valley in Pennsylvania, died Tuesday at the age of 93.

The Phillies organization made the announcement in a release.

Simmons, a native of Egypt in Whitehall Township, Pa., was a member of the Phillies Wall of Fame. He died at his home in Ambler, Montgomery County. He was the last surviving member of the 1950 “Whiz Kids” team.

A Whitehall High grad, Simmons was considered one of the greatest pitchers ever to come out of the Lehigh Valley and became one of the best in Phillies franchise history. The lefty posted a record of 115-110 with 109 complete games, 18 shutouts and a 3.66 ERA in 325 games (263 starts) in 13 seasons with the club. Simmons tied for the major league lead with six shutouts in 1952 and logged a career-best 21 complete games in 1954.

After impressing in an exhibition game against the Phillies in his hometown of Egypt on June 2, 1947, in a game that attracted one of the biggest crowds in local baseball history at the time, the Phillies signed him on June 16 to one of the highest bonuses at the time. They outbid eight other major league teams, the last of which were Boston and Detroit.

He pitched for the Cardinals against the Yankees in the 1964 World Series, starting a pair of games, and became a world champion when St. Louis won in seven games.

Simmons missed part of the Phillies “Whiz Kids” 1950 season, including the World Series, serving in the National Guard during the Korean War. He also missed the entire 1951 season while fulfilling his military commitment.

Following his playing career, Simmons briefly returned to the Phillies in an instructional role in the minors in March 1970. He then spent most of his post-playing days managing the Limekiln Golf Club in Ambler, which he owned with his former Phillies teammate Robin Roberts.

Simmons is survived by his two sons, Timothy and Thomas, and daughter, Susan. He was preceded in death by his wife of more than 60 years, Dorothy, in 2012.