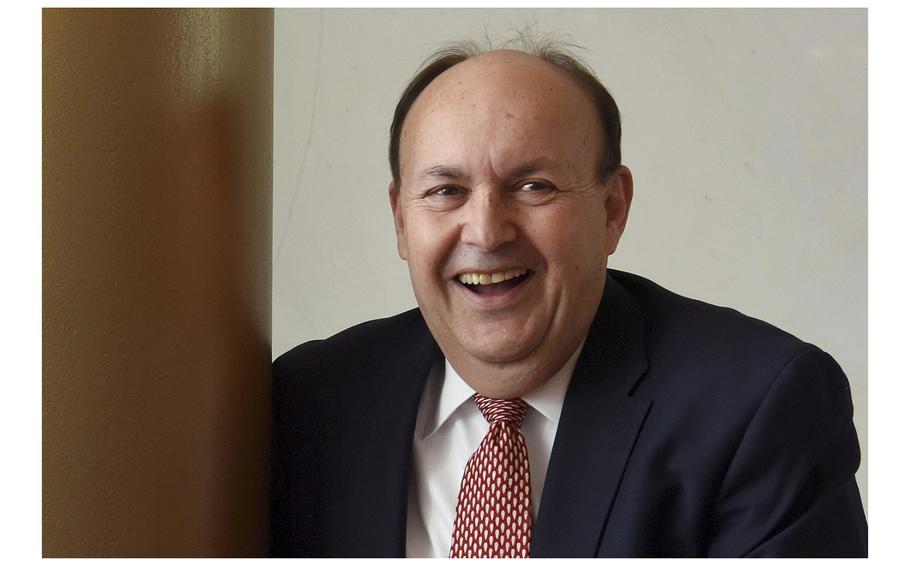 Max Woodward, who joined the Kennedy Center's staff as an usher when the performing arts center opened in 1971 and retired in 2016 as vice president of theater programming, overseeing touring Broadway productions and original shows, died Oct. 14 at a care center in Washington. He was 76.

The cause was complications from Alzheimer's disease, said a friend, Steven Suskind.

From usher, Mr. Woodward slowly advanced through the accounting department to managing the Eisenhower Theatre and eventually overseeing the Opera House, the Terrace Theatre and the Concert Hall.

When he retired, he told The Washington Post that he would most miss working on new theatrical ventures, including the 2002 Sondheim Celebration as well as revivals of Sondheim's "Follies" (2011) and the Lynn Ahrens-Stephen Flaherty-Terrence McNally "Ragtime" (2009).

In those cases, he said, his work entailed "starting a show from absolute scratch. You pick a project, you get the rights, hire designers, choreographers and all of that, and put it into rehearsal. The first day of rehearsal is the most wonderful day. That's the part I will miss the most."

Max Arthur Woodward was born in Masontown, Pa., south of Pittsburgh, on June 20, 1946. After graduating from high school in 1964, he worked as an FBI file clerk and served in the Army in Frankfurt, Germany, before settling in Washington in 1967 after his discharge.

He was an usher at the National Theatre before the Kennedy Center. He traced his interest in the theater to his childhood fascination with "The Ed Sullivan Show" on television.

Survivors included his partner of six years, Bill Wooby of Washington; and a brother.