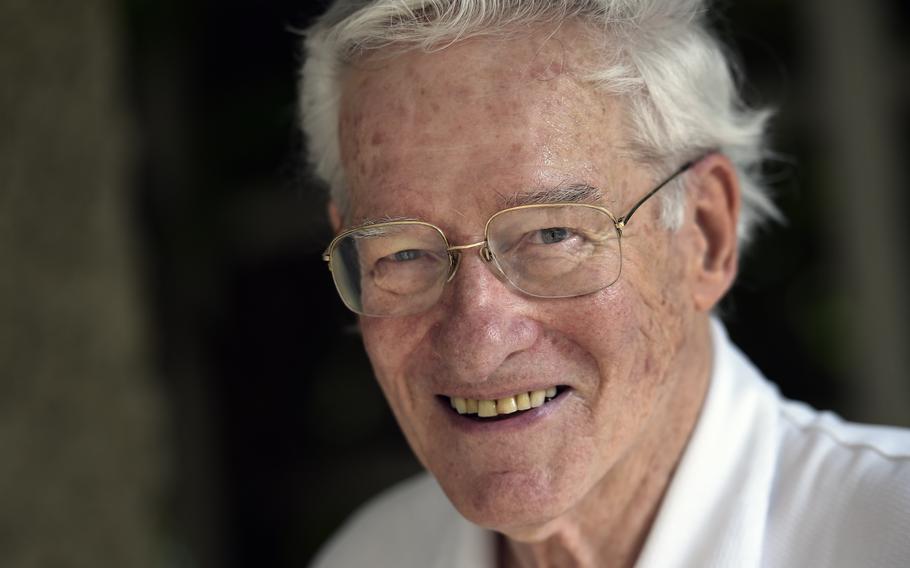 Len Oliver, a National Soccer Hall of Fame member and Army veteran who mentored thousands of aspiring coaches and was a fixture in the D.C. area soccer scene for decades, died Sunday in Washington. He was 88.

His daughter Erika Jerram said the cause was complications from a recent stroke.

In 2016, Oliver pledged, upon death, to donate his brain and spinal cord to the Concussion Legacy Foundation, which studies brain trauma in former athletes.

At the time, he was believed to be the oldest person to decide to donate to the foundation. Even though he did not have symptoms consistent with those of former athletes who developed dementia and chronic traumatic encephalopathy (CTE), Oliver stressed the importance of researchers examining brains of those who competed many years before the lasting effects of head injuries became prevalent.

Oliver was a regular at Washington Diplomats matches at RFK Stadium in the 1970s and became a D.C. United season ticket holder when MLS launched in 1996. At the stadium, he often ran into former pupils who took his national coaching course. Over more than 30 years, some 5,000 passed his courses and entered youth coaching ranks.

"That is the most wonderful part of teaching: People come up and say, 'I took your course and it made a difference in what I do in soccer,'" Oliver said in 2014.

He was a longtime director of coaching for DC Stoddert Soccer, a large youth organization now known as DC Soccer Club.

To further the career of youth players, he often sent handwritten letters of recommendation to college coaches, former Georgetown University men's coach Keith Tabatznik said. "Maybe the last of his kind in that regard," Tabatznik said.

Even after leaving Georgetown, Tabatznik said, he continued receiving those notes, because Oliver "knew I might be able to help the kid."

Oliver was a native of Philadelphia, where he and his twin brother Jim played soccer in a rundown neighborhood cemetery. After graduating from Temple University in 1955, he served in the U.S. Army and, while stationed overseas, represented an armed forces soccer team that toured Europe.

Shortly after arriving at a U.S. base in Bad Aibling, Germany, Oliver wandered into town and found everyone at the local field. After the game, he introduced himself to the organizers and said, "I play football!"

They laughed and said, "No way, you're an 'Ami' [American] — you mean American football," and mimed a quarterback throwing a pass.

He insisted, "No, I play football," pointing to the soccer ball.

His dribbling impressed the group, so he was told he could play for the B team.

The following week, he scored six goals and was promoted to the A squad.

Upon returning stateside, Oliver played in the semipro American Soccer League for teams such as Philadelphia Uhrik Truckers and Baltimore Pompeii. As part of the arrangement to play in Baltimore, he was promised that, after every match, he could eat as many steamed crabs as he wanted for no charge at Bud Paolino's Restaurant on East Lombard Street.

When the Baltimore club folded, he joined Washington's Central Valet.

Oliver was an alternate on the 1952 U.S. Olympic team. Injuries and an illness ended his hopes of making the 1956 and '60 squads, respectively. He played on the 1963 Pan American Games team in Brazil.

"He was a midfielder on the field and in life, and loved directing the play from the center of the action," his daughter Erika said. "He played wherever and for whatever team would let him."

He earned the highest U.S. coaching licenses, then taught courses that prepared others for the field.

"He never really retired," his wife, Eleanor, said. "His clientele did."

In 1981, Oliver was inducted into the Hall of Fame at Temple, where he was a three-time all-American in soccer and captained the baseball team.

"I just loved the game," he wrote in 2019. "By continuing to seek any opportunity to play and just staying in our game of soccer, I achieved my goals. But the true rewards are the events and people I met along the way."

Survivors include his wife of 60 years, the former Eleanor Wahlbrinck; two daughters, Erika and Britt-Karin; and two granddaughters.