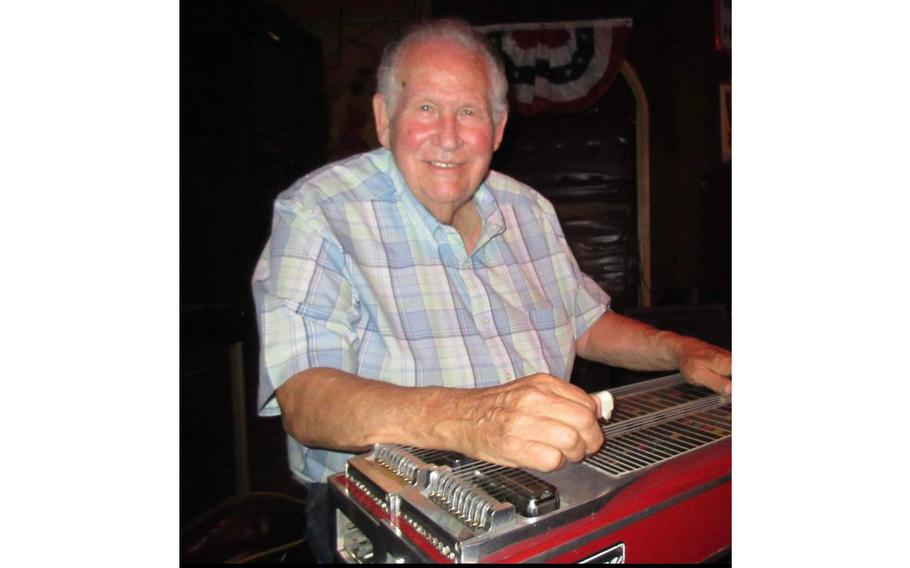 FRANKLIN, Ohio (Tribune News Service) — A World War II veteran who made a name for himself in the music and radio industry has died.

Ray "Chubby" Howard, of Franklin, who was nationally known as a steel guitar player and radio broadcaster, died Dec. 23. He was 95.

His love of music started in the 1930s when his father purchased him a Sears, Roebuck and Co. white Silvertone steel guitar for $65.

"When I got it back (to Kentucky) we just barely got electricity," he said in a 2015 newspaper article. "And I plugged that thing in and it made all kinds of noise."

The family moved from Kentucky to Franklin where Howard attended high school. He served in the U.S. Navy during WWII.

He launched the first U.S. steel guitar club in the 1950s appearing on country music television programs throughout the '50s and '60s, and making seven USO tours throughout Japan, Korea, Newfoundland, Greenland and Alaska that included entertainment icons Roy Acuff and Bob Hope.

Throughout the 1970s, he toured the nation with Steve Lake and The Swingmasters backing up artists such as Connie Smith, The Statler Brothers, Crystal Gayle, Loretta Lynn, Lorne Greene, and members of the Hee Haw cast and Lawrence Welk Show.

Then in 1989, he was a member of the house band at Renfro Valley (Ky.), the longest running radio show in the country, enjoying a 10-year run. He then became a beloved weekend personality on the Real Roots Radio network out of Xenia.

Visitation will be from 5-8 p.m. Monday at the Anderson Funeral Home in Franklin. Funeral services will take place at 2 p.m. Tuesday at the funeral home with burial to follow in Woodhill Cemetery.