(Tribune News Service) — Even among a group colloquially known as the "greatest generation," Joseph "Joe" Capone stood out.

A highly decorated veteran in one of the toughest combat units of World War II and longtime business teacher at Westinghouse High School, some might think Capone's last name would have proved a burden.

But it actually saved his life by lightening a very tense moment at a critical juncture in the war, his son recalled.

"At one point, he and a couple of other soldiers were taken prisoner by the Germans, and they didn't know if they would be shot or what," said Thom Capone, of New Kensington. "When they were checking dog tags, a German soldier started laughing: 'Ha! Ha! American gangster!' I mean, they knew about Al Capone, so he thought he was going to be in trouble, but once they all saw that, they had a good laugh. Thankfully, they were taken prisoner, not shot."

Joseph Capone, of Wilkins, who also worked as a professional magician and was among the founders of the Pittsburgh Rockets Drum and Bugle Corps, died of complications from a recent fall on June 16. He was 98.

The son of Italian immigrants, including a father who fought in the First World War, Capone grew up in Homewood during the Depression.

At the end of Prohibition, Capone's father bought a bar in a building along Homewood Avenue, where the family also lived and raised racing pigeons on the rooftop.

As a young man, Capone helped out at the bar and served as a drummer for a band that often played in the bar's beer garden.

After graduating from Westinghouse High School in 1940, Capone enlisted in the Army, where he served on the Western Front, from January 1943 through December 1945, as an infantryman in Company E, 415th Regiment, 104th Infantry Division, also called the Timberwolf Division.

The division is perhaps best known for 195 consecutive days of combat — from its landing in northern France in September 1944, through Belgium, Holland and finally Germany — and for being the first American division to fight under Allied commanders.

Pfc. Capone's description of the preparations and emotions leading up to Operation Grenade — the Allied invasion of Germany that began with the February 1945 crossing of the Roer River — is riveting.

"Men of all faiths had opportunity for final devotions, and again that nervous, uneasy restless tension gripped them as they wrote a last letter home," Capone wrote in his self-published memoir about the campaign. "I, like the others, consumed many cigarettes and, nervously, tried my best to keep at ease. However, the 'battle of nerves' that results from 'sweating it out' always seems the worst. Some men tried sleeping, some played poker, some wrote letters, or some, as I did, merely talked. ... Finally, word came down from [command post] to fall in for the march to Merken. One last check of equipment, another cigarette, and out we poured into the pitch black night that enveloped Lucherberg."

A few hours later, he and a comrade scrambled to notify officers of quickly deteriorating conditions down river, alternately advancing and ducking into the frigid water — all the while dodging gunfire and munitions — until they became trapped along a river bank.

"We laid in the water with just our heads exposed trying to figure things out ... it was about 0430 hours and, being soaked from head to foot, cold, miserable, and frightened, we didn't know quite what to do," Capone wrote. "So, we prayed. Prayers do help and we prayed hard. However, about 15 minutes later a shell hit the water just a few feet behind us and the effect was terrific, because the next thing I knew, it was 1030 hours and overhead our planes were raining havoc. I tried to get my bearings and account for that time lost between 0445 and 1030 hours. When I tried to move my limbs, I found I couldn't do so. I was paralyzed from head to foot. The other fellows with me were in just as bad, if not worse, shape. My conclusion was that the concussion through the water was of such force that it blacked me out and after laying in the water for about six hours I was paralyzed from exposure."

In what would be the first of three hospitalizations during the war, Capone spent 11 days recovering before returning to the front.

A month later, his regiment liberated the Dora-Mittelbau Concentration Camp in central Germany.

"We were the first ones to uncover it, I guess," Capone said in a May 2012 interview for the Veteran Voices of Pittsburgh Oral History Initiative. "I'll never forget that site or that smell. ... Unbelievable. You know the pictures you've seen? That happened."

At the camp, thousands of prisoners were forced to dig an underground factory where V2 rockets were built. Nazis evacuated most of the camp's inhabitants in notorious death marches in the days before American troops found those who remained, according to the Holocaust Encyclopedia.

A medical detachment was brought in to help rescue sick and injured prisoners, Capone said, while mass graves were dug for the many dead.

He was wounded twice more and served in several major campaigns, eventually being recognized with a Bronze Star with Oak Leaf Cluster, a Purple Heart with two clusters, a Combat Infantryman Badge and several other honors.

"My mother was good friends with his sister Virginia, and she wrote to him during the war," their son said. "They kept in touch and married in August of 1951."

Through the GI Bill, Capone attended the University of Pittsburgh, where he earned an education degree. But finding a job was harder than he imagined.

"There was shrapnel in his legs, and I think he was injured three different times — each one compounded the problems he had with his legs," Thom Capone said of his father. "When he came home, he walked with braces on both legs and a cane. That was why he couldn't get hired at Pittsburgh Public Schools. They told him it was because he was 'crippled.'"

Capone successfully sued the district for discrimination and worked at Westinghouse from 1952 until his retirement in 1986. He was inducted into the school's Wall of Fame in 2009.

"He loved teaching," his son said. "He still would run into former students who loved him."

By the mid-1960s, Capone no longer needed the leg devices, thanks to physical therapy — including magic tricks that improved his dexterity and muscle tone.

After retirement, Capone spent many years perfecting and expanding his repertoire for his show, "The Magic of Joseph."

"He started performing professionally at senior citizen centers and shows," his son said. "He really got into it."

In 1947, Capone joined 11 other men from the Homewood American Legion Post 351 to organize the senior drum and bugle corps that was to become the Pittsburgh Rockets.

He couldn't perform due to his physical limitations, but Capone served for 27 years as the organization's business manager. He was inducted into the World Drum Corps Hall of Fame in 1980.

He was also an avid — and nationally ranked — duckpin bowler and a 30-year member of the Elks Lodge 577, where he served as leader for a term.

In his later years, Capone often wore a World War II ballcap and attended veterans-related events, including the Veterans Breakfast Club, where he was especially active.

"He had a hat that he would wear, and people would always thank him for his service," his son said. "On Veterans Day, he always dressed up in his old uniform, and we'd take him out for breakfast. Before we could even get the bill, someone would always pay. He was very much a part of it all, and he was so proud to have served his country."

Along with his wife and son, Capone is survived by his children James, of Carlisle, Cumberland County; Virginia Bradley, of Rexburg, Idaho; Marie O'Connell, of Lake Worth, Fla.; Joseph, of Export; Victor, of Lawrenceville; Elizabeth Worrall, of Crafton; and Patricia, of Torino, Italy. He is also survived by a sister, Virginia Palguta, of Bridgeville; 23 grandchildren; and 21 great-grandchildren.

He was preceded in death by his siblings Carmen and Valentino Capone. 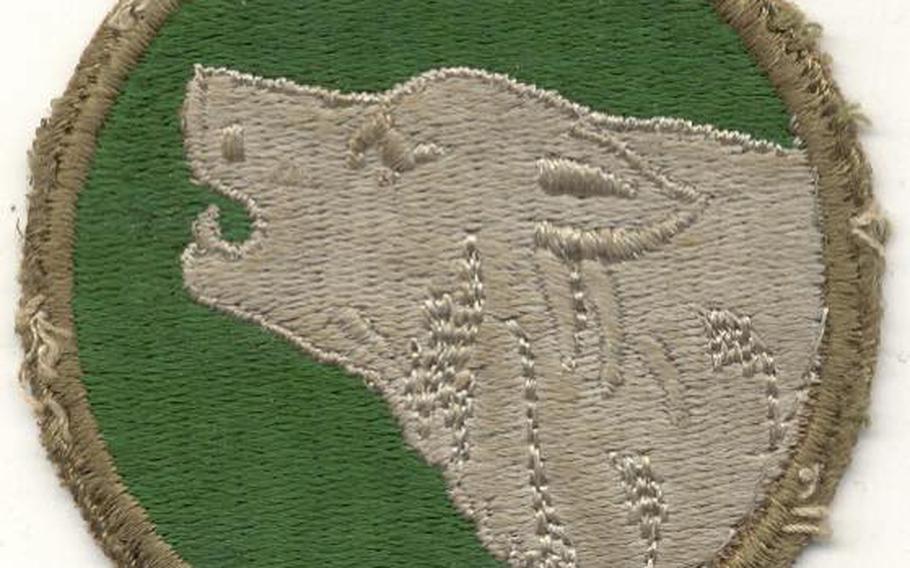