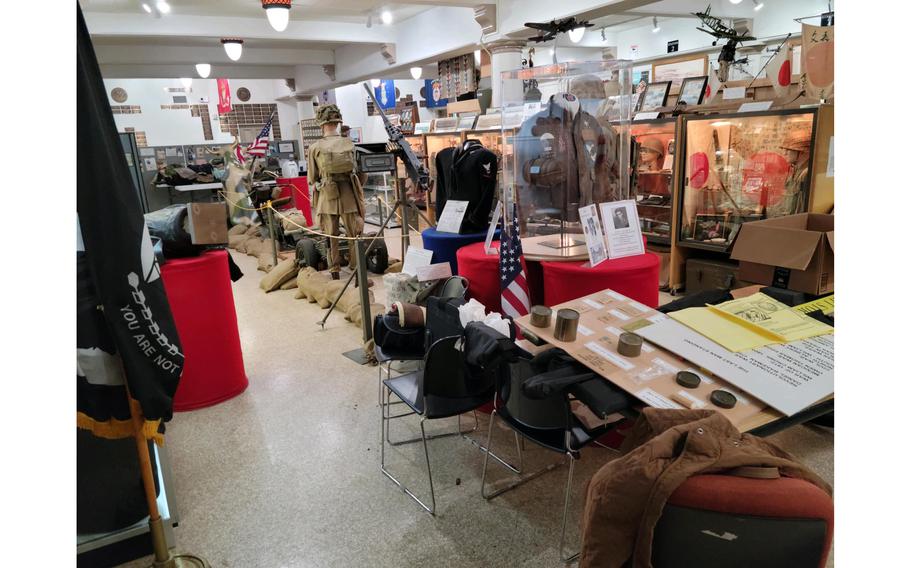 (Tribune News Service) — A California veterans museum is closed indefinitely due to building-wide flooding and other damages following a series of powerful storms that hammered the Central Coast.

Bart Topham, president and director of the Central Coast Veterans Memorial Museum, went to the museum on Jan. 9 to survey the storm damage.

He spent some time on Friday afternoon looking at video footage of the museum.

Topham said that if the water got worse he would drive to the museum and figure out issues as they came.

According to Topham, humidity and moisture from the flooding poses a concern as there is a risk of mold and damage to artifacts dating back to World War I.

It will be weeks before the museum is aware of the extent of the damage, Topham said.

U.S. Navy veteran Steve David, who has volunteered at the veterans museum since November 2021, spent several hours on Jan. 11 removing soaked carpet with a box cutter and depositing it in the garbage.

Around a dozen volunteers have taken turns cleaning up water and addressing damages.

As of Tuesday evening, the nonprofit organization had raised $2,490 toward a $5,000 goal. But that won't be enough to fund all the needed repairs.

David said the museum will use the cleanup as an opportunity to clear up older artifacts and better organize exhibits.

The flood damage comes about two months after the museum unveiled a newly revised World War II display in December, just in time for the 81st anniversary of the attack on Pearl Harbor.

The exhibit added a new artifact to the museum's collection, a piece of the historic USS Arizona. The ship sank in Pearl Harbor after being attacked by the Japanese on Dec. 7, 1941.