‘Star Wars’ actor’s charity, Arts in the Armed Forces, to fold next month The organization founded by actor and Marine veteran Adam Driver to involve U.S. service members in the theater is dissolving on Feb. 1, the organization announced Monday.

Driver, known for playing Kylo Ren in the recent “Star Wars” films and twice nominated for an Academy Award, cofounded Arts in the Armed Forces with his wife, actor Joanne Tucker, in 2006 to bring artistic experiences in film and theater to service members and U.S. military bases.

AITAF involved professional artists and contemporary American content, according to its mission statement.

“Unfortunately, given a number of circumstances facing the organization heading into 2023, after a strategic review, the Board has made the incredibly difficult decision to dissolve the organization in its current operating structure, effective February 1,” the charity announced in a news release from its office in Brooklyn, N.Y. 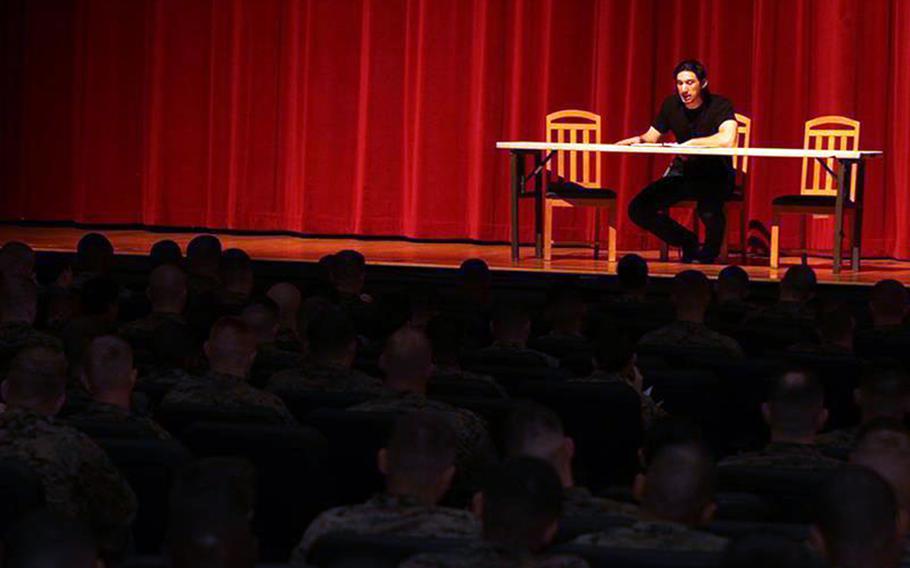 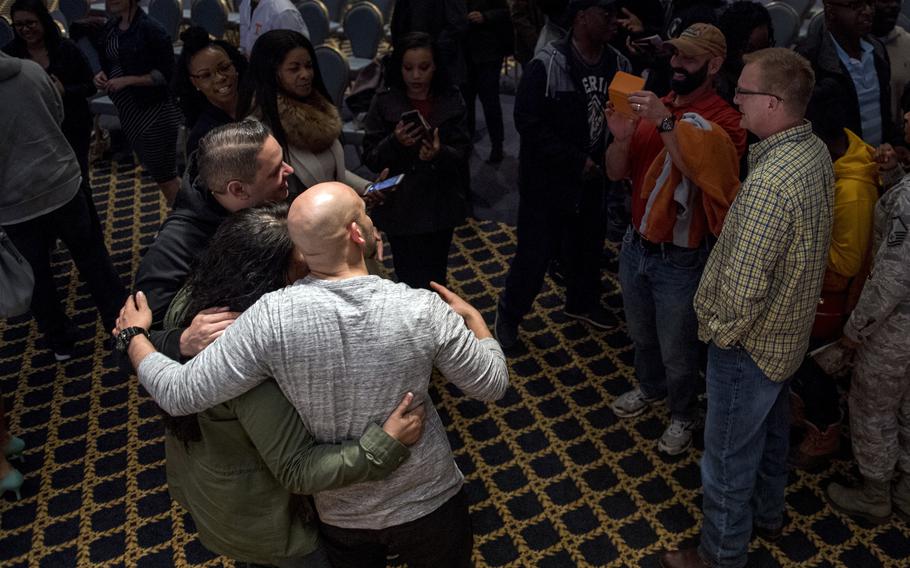 Actor Victor Almanzar poses with audience members after a performance of “Jesus Hopped The ‘A’ Train” at Yokota Air Base, Japan, March 20, 2017. (Donald Hudson/U.S. Air Force)

The organization provided grants for playwrights with military service, brought high-quality theater productions to military bases and connected service members and veterans with an artistic bent with the theater community, according to a November 2017 report by The New York Times.

“We’re reaching out to cadets, current servicemen and women, veterans and providing a space” where they can tap into their inner scribe, Driver told the Times. “The military has acronyms for acronyms that can explain everything, but when it comes to explaining an experience, a post-traumatic experience, there’s not a lot of opportunities.”

That year, AITAF brought a production of “Jesus Hopped The ‘A’ Train” to a community center at Yokota Air Base, the Air Force’s airlift hub in western Tokyo, for two nights in March, according to the 374th Airlift Wing.

“This was the first play I saw that moved me,” AITAF actress Samantha Soule told the wing for its report. “Before I saw this I used to think plays were only like Shakespeare. I’m so grateful for the chance to bring this to military members overseas.”

The organization’s board will look for ways to continue some AITAF programs, according to the release.

“We have produced impactful artistic experiences on 26 military bases in 7 countries, and awarded $50,000 to veteran playwrights and screenwriters through the Bridge Awards,” the release states.

AITAF served more than 18,000 members of “our military community” over its 14 years, according to a tweet by the organization Monday.