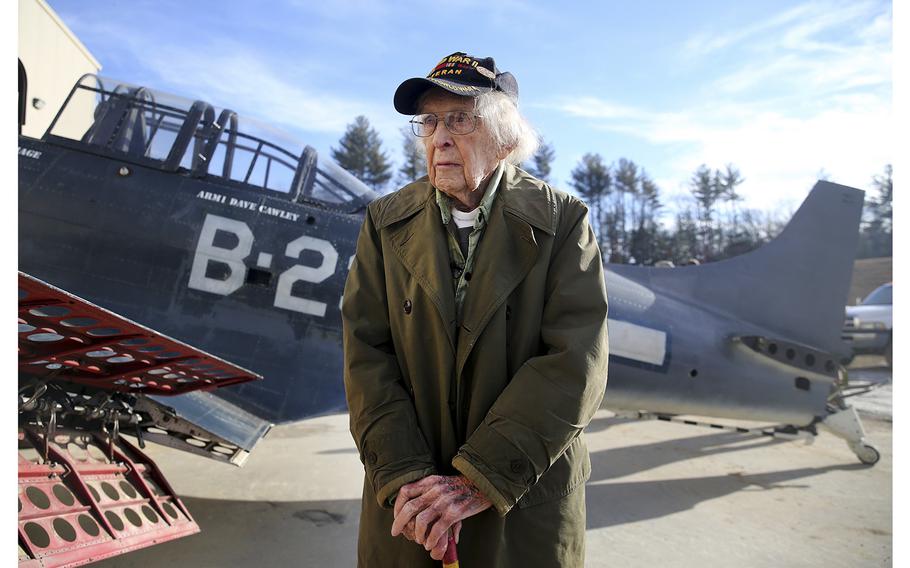 BOSTON (Tribune News Service) — Mixing in laughs with deep insight, World War II veteran Russell Phipps looked back on his time as a sergeant in the U.S. Army Air Corps after touring the American Heritage Museum in Hudson, Massachusetts.

Phipps’ trip to the museum Thursday, full of tanks, armored vehicles, planes and other artifacts from the country’s conflicts, came a day after he turned 101 years old. He celebrated his birthday by hopping onto his tractor and driving it down his driveway, a sign that he still has the fresh energy that has led to a fulfilling life.

“If you don’t have any freedom to love, to enjoy life and do the things that you want, then you’re going to be under the control of somebody else,” Phipps said. “Freedom isn’t free. If it comes to the point where you have to stand up and fight, you’ve got to do it.”

Stationed on the Pacific Ocean island of Tinian, Phipps worked on the Enola Gay, a plane that dropped one of the atomic bombs on Japan which led to the official end of World War II. He spent three years on the island and left shortly after U.S. Gen. Douglas MacArthur accepted Japan’s formal surrender on Sept. 2, 1945.

Phipps recalled how there were multiple instances when newspapers ran stories on how the war had ended, but fighting continued. Japan’s surrender came after President Harry Truman allowed atomic bombs to be used. Tinian Island served as the launching point for attacks against Hiroshima and Nagasaki.

Without the use of the bombs, more than 1 million people could have died before the war ended, Phipps said. It’s estimated that roughly 75 million people died during the conflict.

“There were good people in Japan, they weren’t all bad people,” Phipps said. “They had a tough, crazy leader there that carried this thing on until the point where we had dust.”

Hunter Chaney, director of marketing and communications for the American Heritage Museum, told Phipps that it’s a rare treat to be around World War II veterans. Just 167,000 of the 16 million Americans who fought in the war are still alive today, according to the U.S. Department of Veterans Affairs.

Phillip Hubbe, 23, of Hopkinton, grew up riding his bike up and down the street, often stopping by to talk to Phipps. Throughout the neighborhood, Phipps became known for the lumber he’d giveaway that he’d made with his sawmill, he said.

“It’s just really about getting up every day and continuing to do stuff, getting up and going outside, hopping in a truck or on a tractor,” Hubbe said of what he thinks is Phipps’ secret to living a long life.

Phipps’ advice to the younger generation: be prepared for bumps in life and for married couples to respect each other until the end of time.

Phipps said he quit several jobs to take road trips across the country with his wife, Doris, and kids, Marcia and Rusty, who served in the Navy during the Vietnam War. One trip included him and his wife introducing Marica and Rusty, who attended their father’s visit to the museum Thursday, to people he met during World War II.

“They had the experience of seeing these people and seeing this country, this great country which is well worth working for, protecting and keeping,” Phipps said. “Don’t let someone come in and push you out.”