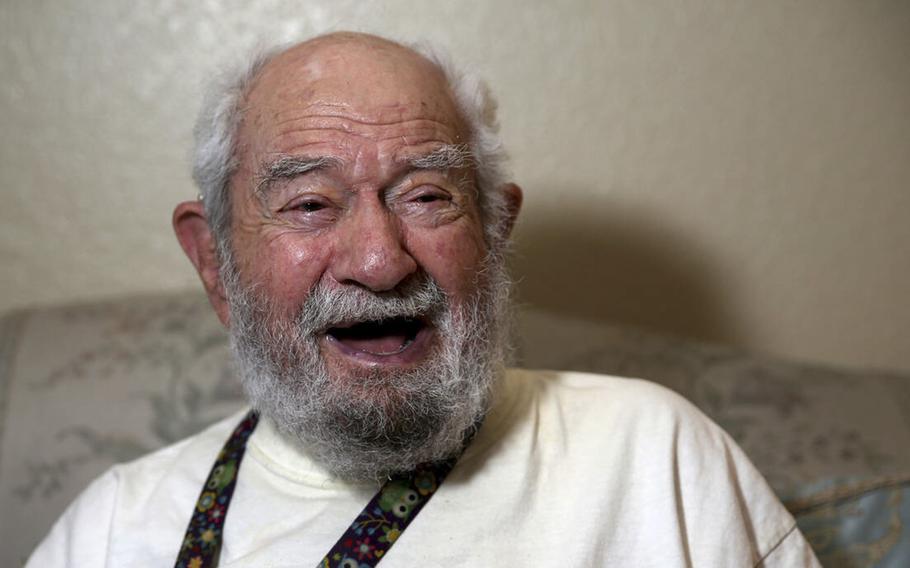 U.S. Army Air Corps veteran and ex-prisoner of war Vincent Shank, then-103, talks at his Las Vegas home on Dec. 11, 2019, about his time in POW camps in Italy and Germany during World War II. (K.M. Cannon/Las Vegas Review-Journal)

(Tribune News Service) — A former B-17 bombardier captured during World War II, who later made a career playing in big bands across the country, died in Las Vegas earlier this month at the age of 106.

Vincent Shank died in his sleep on Dec. 11, according to his family.

He played for big bands in Las Vegas for 30 years. After the war, Shank returned to Los Angeles but was offered a role to play his trumpet in a big band that toured the country. He ended up in Las Vegas in 1951 with the Ted Fiorito Band.

“He really loved it here,” said his daughter, Nancy Shank, who was born and raised in Las Vegas.

Shank and his wife met in the big band scene. Vincent played the trumpet and Dorothy sang. The couple settled in Las Vegas with Vincent Shank playing first chair trumpet in various Las Vegas Strip hotels such as the Sands, El Rancho, the Silver Slipper and the Dunes until retiring in 1981.

He and Dorthy built a home in Hawaii, and they spent half of their time on the big island and the other half in Las Vegas. They grew fruits, vegetables and flowers. Dorothy Shank died in 2002, and Vincent Shank remarried in 2004. He moved back to Las Vegas full-time in 2015 after his second wife’s passing.

Shank was a musician before the war. He had a degree in music education and could play several instruments, including the trumpet and trombone. 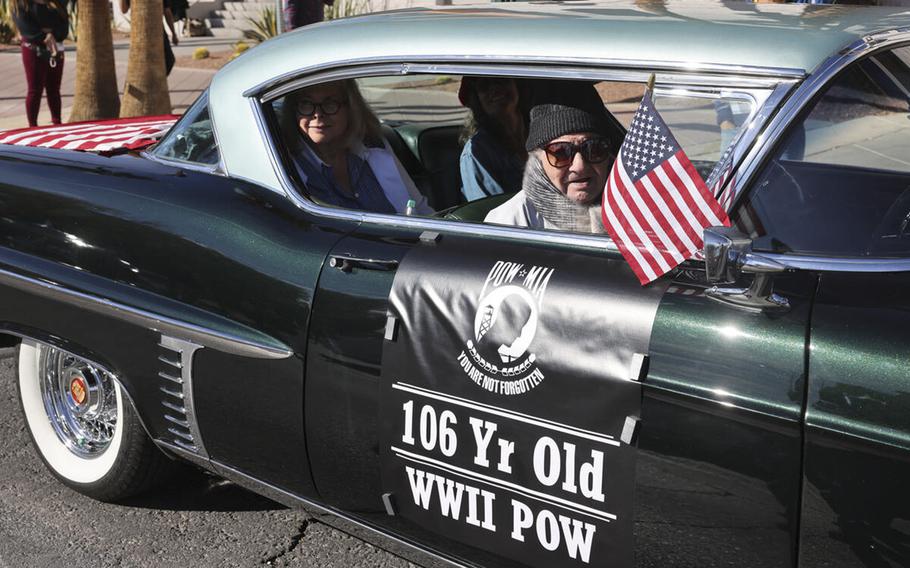 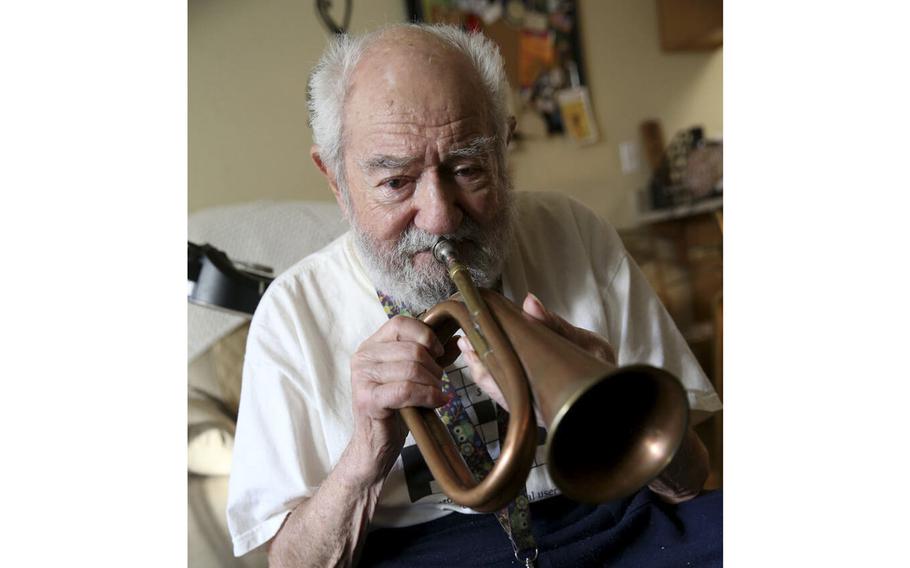 U.S. Army Air Corps veteran and ex-prisoner of war Vincent Shank, then-103, plays the bugle he used while he was a POW during an interview at his Las Vegas home Friday, Dec. 13, 2019. (K.M. Cannon/Las Vegas Review-Journal) 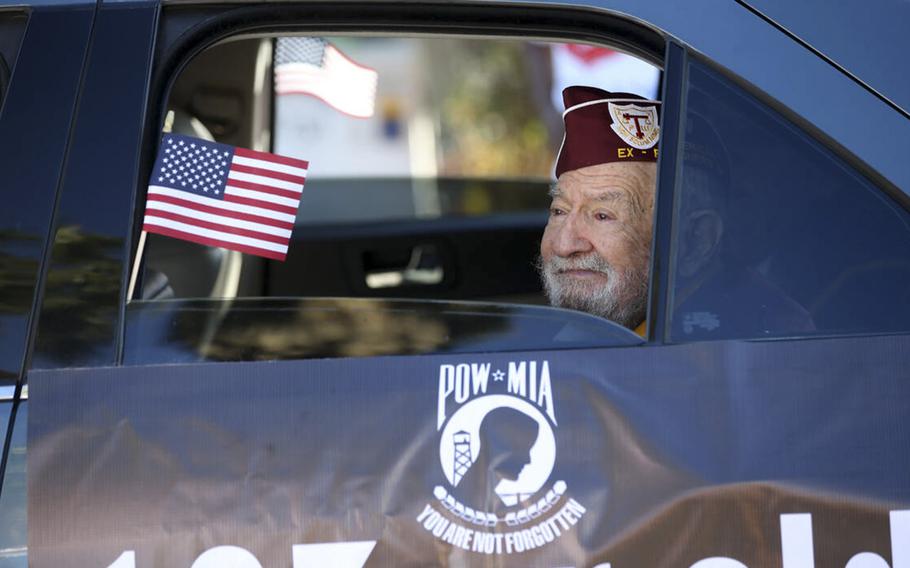 Nancy Shank said she spent the last several years taking care of her dad. She described him as full of joy, giggly, and always willing to help someone else.

“He never had a bad word to say about anybody,” Nancy Shank said. “He never complained about anything.”

Her father was a first lieutenant in the Army Air Corps during World War II. His plane was shot down over Sicily and he was captured. He was held for 22 months.

Her dad never spoke about his time as a prisoner of war, but Nancy Shank said she was able to connect with him about that time of his life after finding a diary he wrote that started on the first day of his imprisonment.

“It was pretty emotional,” she said of reading her father’s words.

Nancy Shank said her father was one of about 10,000 prisoners at a camp that was meant to house between 2,000 and 3,000 people. She said her father started a band within the camp and played taps when a man was killed trying to escape.

Vincent Shank was an avid runner, competing in his first marathon at age 80 in Honolulu, according to his daughter.

“He was always a very vigorous person,” Nancy Shank said.

In 2020, he was honored with a socially distant drive-thru parade at his senior living building to celebrate his 104th birthday.