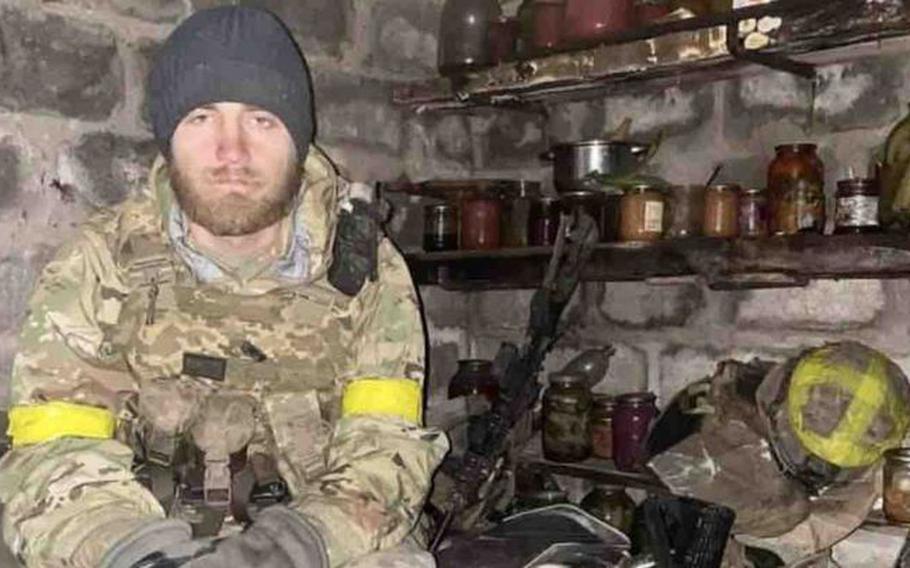 Trent Braxton Davis, 21, of Indiana, Pa. was a U.S. Army veteran who had volunteered to fight in Ukraine. He was shot and killed Nov. 8 while trying to save civilians, according to Tribune-Review news partner WPXI. (gofundme)

(Tribune News Service) — A memorial gathering will be held Friday for an Indiana County man killed in Ukraine.

Trent Braxton Davis, 21, of Indiana, Pa. was a U.S. Army veteran who had volunteered to fight in Ukraine. He was shot and killed Nov. 8 while trying to save civilians, according to Tribune-Review news partner WPXI.

Davis’ body was returned to the U.S. on Sunday.

Davis was born in Leavenworth, Kansas, according to his obituary. He was a 2018 graduate of Indiana Area High School.

He served in the Army for about four years. He was volunteering with the International Legion of the Ukrainian Armed Forces.

Davis had first gone to Ukraine in March to help train civilians and soldiers fighting in Russia’s war against their country. He went back in October, according to WPXI.

The memorial gathering will be held from 4-7 p.m. Friday at the John A. Lefdahl Funeral Home, 898 Old Route 119 N in Indiana.

A fundraising effort on Gofundme to help cover Davis’ funeral costs had raised just over $6,000 from 70 donations toward a $6,500 goal as of Thursday. It states any money raised over that will be given to the people of Ukraine.

“Trent believed dictators should be fought on all fronts and that the kids of Ukraine deserved to live normal lives without oppression,” Davis’ mother, Janie Broadbent, said on Gofundme. “He had the biggest heart and wanted people around the world to have the same freedoms we are afforded in the United States.”