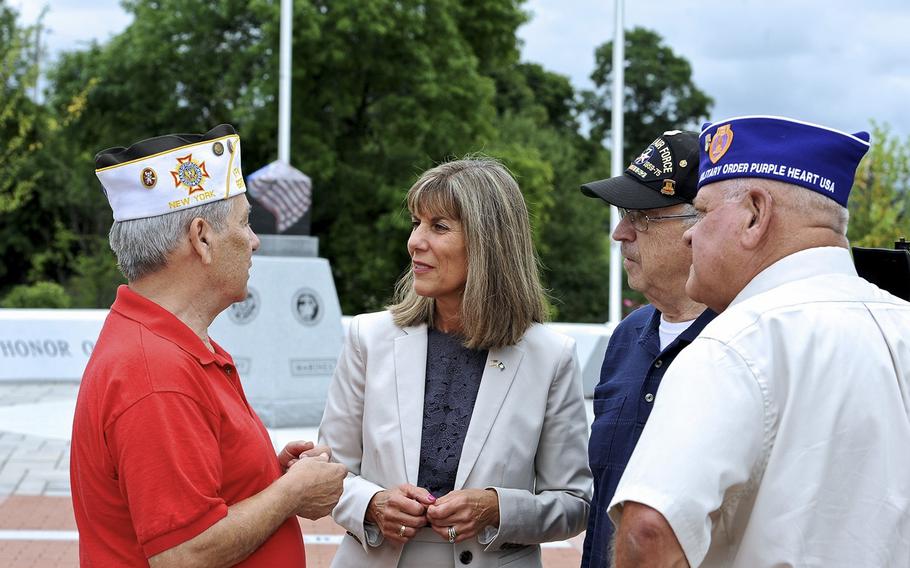 Jordan, R,C,I-Halfmoon, hailed the enactment of the initiatives, saying the measures being enacted were a “big victory for America’s heroes who served and sacrificed during the Korean War and Vietnam War.”

The legislation, Senate Bill S.2091C, amends the military law to establish the New York State Korean War Service Medal for members of the armed forces or organized militia serving abroad in the Korean War from June 25, 1950, through July 27, 1953. The legislation was passed on June 2 by a vote of 62-1. The Assembly companion measure to Jordan’s legislation, Assembly Bill A.1310B, was sponsored by Democrat Assemblyman William Magnarelli ( 129th District) and approved by the Assembly.

Additionally, the legislation, Senate Bill S.2089B, amends Section 247 of the Military Law to establish the “Vietnam War Commemorative Medal” for members of the armed forces or organized militia serving abroad in the Vietnam War from Nov. 1, 1955, through April 30, 1975. The legislation was passed on June 1 by a vote of 62-1. The Assembly companion measure to Senator Jordan’s legislation, Assembly Bill A.357A, also was sponsored by Magnarelli and approved by the Assembly.

“I am absolutely thrilled that my bipartisan bills establishing the New York State Korean War Service Medal and the New York State Vietnam War Service Medal have been signed into state law for Veterans Day 2022,” Jordan said in a press release. “This is a tremendous accomplishment that I’m proud to share with our Korean War and Vietnam War Veterans, so many of whom strongly supported my legislation and joined me in advocating for its passage.

“These new medals will publicly recognize the service and sacrifice of our Korean War and Vietnam War Veterans who proudly wore America’s uniform, forever enshrining their valor and patriotism, and help ensure they are never forgotten. Having my bills signed into New York State law is a big victory for America’s heroes who served and sacrificed during the Korean War and Vietnam War.

“I am grateful to Governor Kathy Hochul for signing my bipartisan bills into law.”

“I’m so thankful for the men and women of our armed forces who have defended our nation and preserved our way of life. We owe everything to these courageous American heroes as we observe Veterans Day today and give thanks for their steadfast, honorable, faithful service. We would not have our freedoms or our country without our veterans. They will remain in our hearts, thoughts, and prayers this Veterans Day and every day. We don’t know them all, but we owe them all. May God bless our veterans and protect all of our service men and women,” Jordan added.

The Korean War represented the first major military conflict of the Cold War and saw approximately 1.8 million American soldiers endure some of the most challenging environments and dangerous military engagements of the modern era, with more than 33,686 U.S. military service personnel tragically dying in battle.

The Vietnam War saw over 58,000 American military personnel killed during the brutal fighting, with many of America’s Vietnam War Veterans facing hostility and mistreatment upon their return home. Senator Jordan made it a bipartisan priority to honor the courageous American heroes who fought in these wars through her legislation establishing the New York State Korean War and the New York State Vietnam War Commemorative Medals.