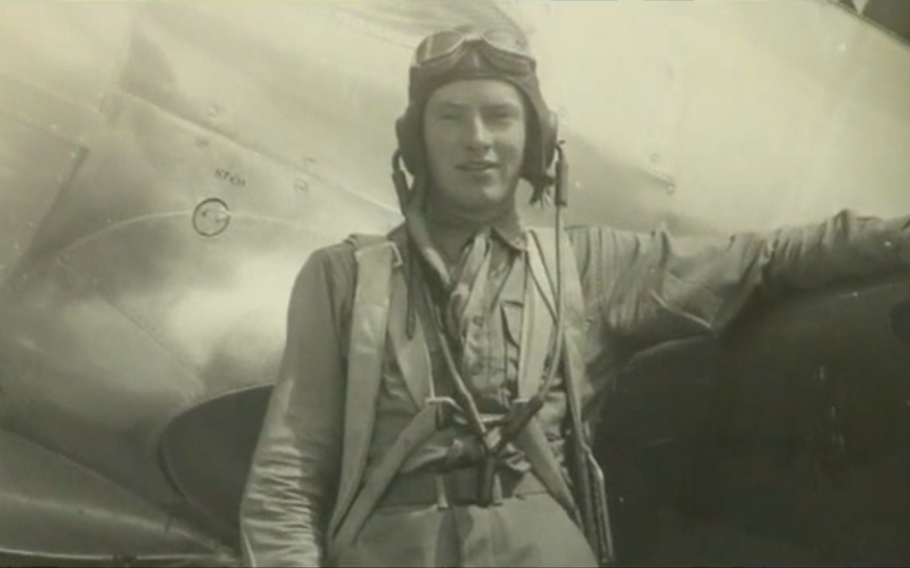 Folsom, born July 24, 1920, in Quincy, Mass., retired as a lieutenant colonel after a military career spanning 23 years, including service in the Korean War, according to the Times.

As a 22-year-old second lieutenant with only 25 hours of flight time in the Grumman F4F Wildcat, Folsom was sent to Guadalcanal in a squadron with 40 other novice pilots in August 1942, he told an interviewer in 2010 for the Library of Congress Veterans History Project.

Their mission was to target Japanese Mitsubishi G4M “Betty” bombers, which were often accompanied by the more maneuverable Japanese Zeros. The Marine assault on Guadalcanal in the Solomon Islands marked the first major offensive by the Americans in the Pacific following the Japanese attack on Pearl Harbor.

“At the time we shipped out none of us, none of the second lieutenants, had ever fired a gun in the air, had never worn an oxygen mask, had probably never flown above 10 to 12 thousand feet,” Folsom said in the interview. “Our experience was more than limited, it was almost nonexistent, but we went.” 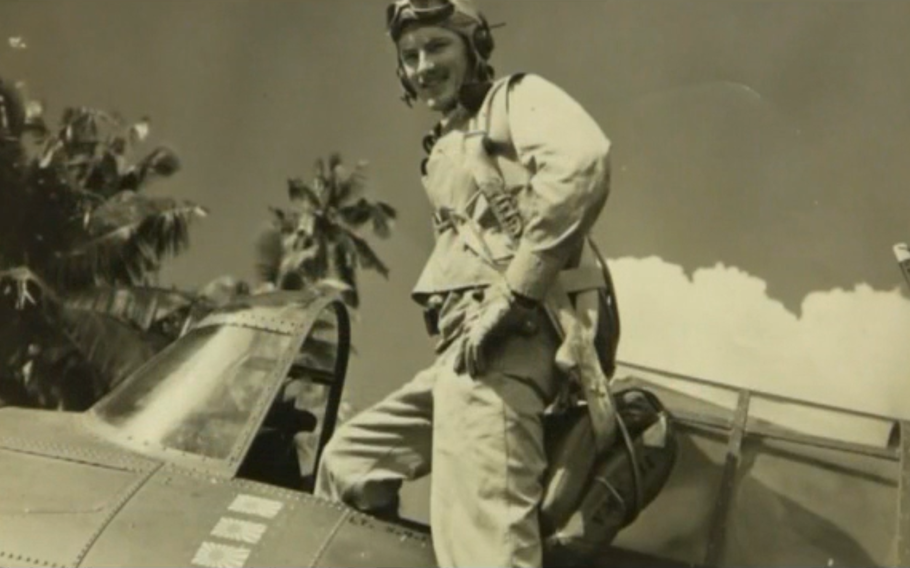 Folsom was credited with downing two Japanese bombers and one Zero during World War II.

In dogfights, Zeros would often riddle his aircraft with bullets, Folsom said. He was wounded twice by shrapnel but attributed his survival to advice he received in flight school from two Royal Air Force pilots who flew in the Battle of Britain.

“Their parting words were, if you ever get an enemy on your tail, if you don’t know what to do or you can’t do anything, skid,” Folsom said. “Those words were indelibly imprinted on my brain, and I skidded. Unfortunately, I skidded so much I was badly shot up, but they didn’t get me.”

Folsom was awarded the Purple Heart and the Distinguished Flying Cross, and commanded night fighters over Okinawa and in the Korean War, according to the Times obituary. He retired in 1958 after a career that included a stint as a high-altitude test pilot and as naval attaché at the U.S. Embassy in Norway.