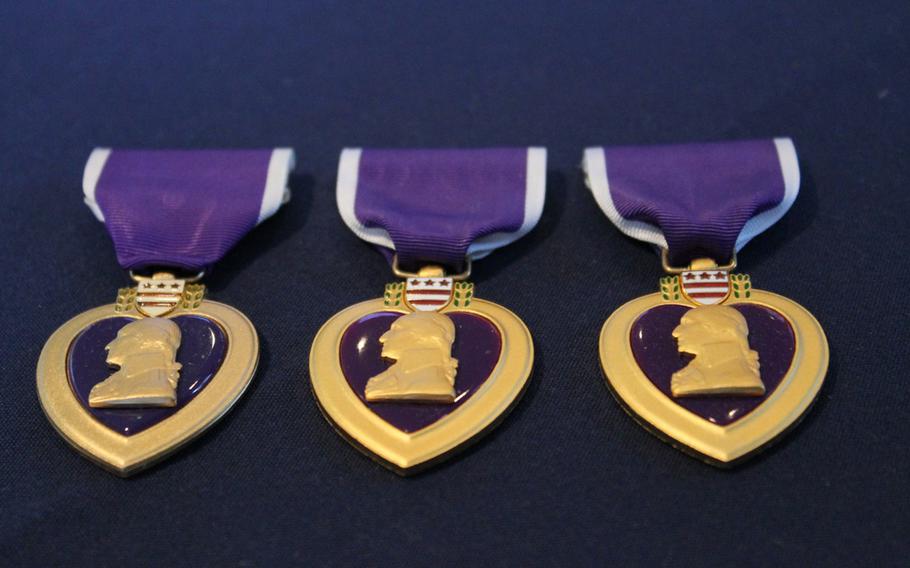 (Tribune News Service) — The family of U.S. Army Cpl. William Herbert, killed in action in World War I, recently received the Purple Heart medal in honor of his military service.

“It’s nice to see him recognized with this award,” retired U.S. Army Lt. Col. Christopher Sands said. “He gave his life for our country. The family might not have realized at the time that the award was retroactive.”

Herbert was born on July 6, 1890, and grew up in Bayonne. After joining the Army, he served in Company H, 310th Infantry Regiment, 78th “Jersey Lighting” Infantry Division. Two weeks before the war ended, on Nov. 3, 1918, Herbert, then 20, was killed in action after being hit by shrapnel from artillery shells, Sands, who is his grandnephew in-law, said.

Herbert was buried at the Meuse-Argonne American Cemetery in Romagne-Sous-Montfaucon, France. “The family had the option to bring him back, but decided to let him stay there with his comrades,” Sands said.

Sands said Herbert’s brother, Thomas, also served in the Army during World War I, and his son Thomas Herbert, Jr. served in the U.S. Marines from 1947-1950. Herbert Jr. was mobilized during the Korean War and served for two more years.

Major General Edward Chrystal presented the Purple Heart to Herbert’s family members at the Joyce-Herbert Veterans of Foreign Wars Post 226 Veteran’s Museum in Bayonne on Nov. 5. Many VFW organizations name a post after the first and last person who died during a war. The post is also named after U.S. Navy Veteran Martin Joyce, who was killed on a ship headed toward England during World War I, according to Sands.

Sands said his family placed a request for Herbert to finally be awarded the Purple Heart, however the presentation was delayed because of the COVID-19 pandemic.

Visitors can learn about Herbert and other veterans’ military service at the post’s museum. The post is the oldest in Bayonne, first charted in Oct. 8, 1919, by World War I veterans, according to Sands.