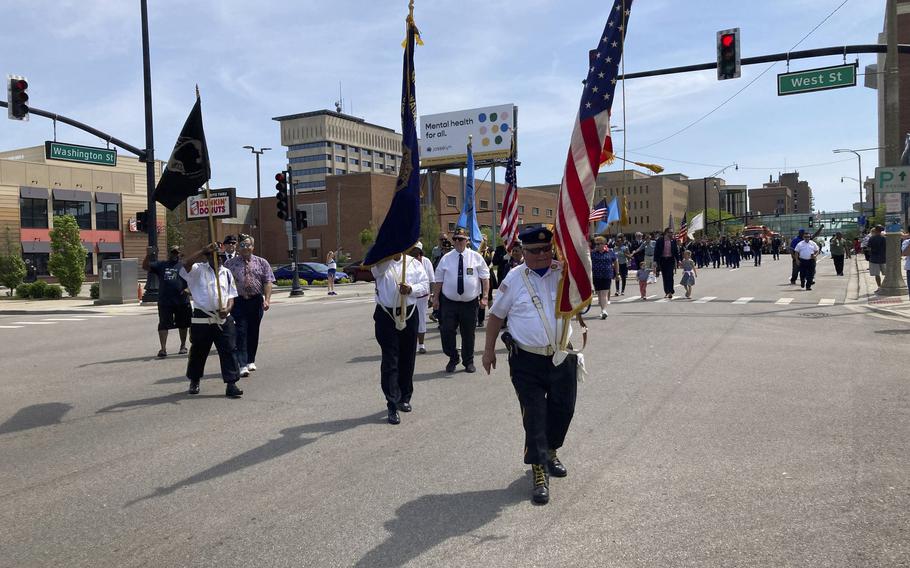 (Tribune News Service) — Legal counsel for the Illinois Association of Veterans Assistance Commissions filed a complaint in federal court Thursday seeking access to documents regarding “Blue Water veterans” — those who served on ships just off the coast of Vietnam during the Vietnam War — under the Freedom of Information Act, which the U.S. Department of Veterans Affairs has not agreed to turn over.

According to the IAVAC’s court filing, the documents detail specifically how the VA adjudicates claims by veterans who served offshore in the Vietnam War, many of which are now suffering from health problems believed to be related to their exposure to the toxic chemical Agent Orange, which the U.S. used to destroy vegetation and forest cover in Vietnam.

Agent Orange is known to cause many types of cancer, including lung cancer, Hodgkin’s disease, multiple myeloma, non-Hodgkin’s lymphoma and other conditions, including Type 2 diabetes, Parkinson’s disease and high blood pressure.

Ocean water was distilled for U.S. sailors’ use in cooking, bathing, laundry and even drinking during the war. A 2011 Institute of Medicine report cited in a 2015 Politico story about Blue Water veterans concluded that Navy ships’ distillation systems would not remove the toxic chemical in Agent Orange and actually “had the potential to enrich” its concentration in distilled water.

IAVAC President Andrew Tangen said the VA refused to release a document known as the “Blue Water Standard Operating Procedure” used in its adjudication process for covering claims, which he said veterans advocates and any member of the public should be entitled to access.

In an April email rejecting IAVAC’s request for the documents, the VA claimed the materials were exempt from FOIA disclosure in, “all interagency or intra-agency memorandums or letters which would not be available by law to a party other than an agency in litigation with the agency.”

So, the dispute is headed to court.

IAVAC announced on Thursday that the National Veterans Legal Services Program has agreed to provide pro bono representation in its suit.

Tangen, who is also the superintendent of the Lake County Veterans Assistance Commission, estimated that between 40 and 50 veterans in Lake County were affected by exposure to Agent Orange.

He said the conditions have created not only a physical burden on veterans across the United States, in Illinois and Lake County, but are also a “huge financial burden.”

Congress passed the Blue Water Veterans Act — approved unanimously in the Senate — in 2019 to extend the presumption of exposure to herbicides such as the toxic Agent Orange to include veterans who served in the offshore waters of Vietnam from January of 1962 to May of 1975.

But Tangen said that hasn’t stopped the VA from denying the claims of some of the 87,000-plus veterans who are believed to have been exposed, who can’t prove the exact location of the ships they served on decades later.

Tangen said the VA plots the locations of ships to determine eligibility within a certain area believed to be contaminated, but veterans advocates can’t see each part of the process.

“There’s a lot of veteran advocates that we’ve talked to you throughout the country — lawyers, veteran service officers — who are very interested to see what’s in this (standard operating procedure),” Tangen said. “We have a lot of veterans who are getting denied (in Illinois), and probably throughout the country, that are getting denied by this.”

From what advocates can see, Navy ships were plotted at a few specific times, and it appears that considerations have not been made for normal ship movements, and the speeds, times and distances in play.

Tangen said he has encountered many Illinois veterans who have conditions they believe are due to Agent Orange exposure, and that some people exposed by water have as many as four or five out of more than a dozen presumptive health conditions the VA recognizes and compensates with retroactive payments.

“We have veterans in this county who are getting treated for all of these (conditions),” Tangen said.