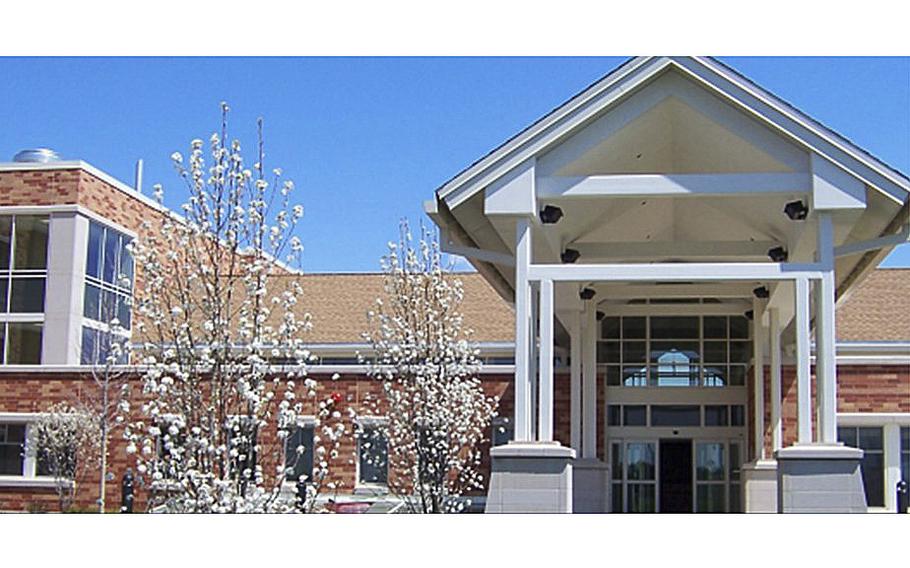 The issues uncovered by the federal Centers for Medicare and Medicaid Service follow a report earlier this year of substandard evaluations going back many years at the Racine County facility.

Veterans home administrator Kimberly Storlie and other state officials declined to comment, except to say the home has taken steps to address the issues raised in the new inspection.

Coming in an election year, the situation is drawing renewed criticism of Gov. Tony Evers, one week before voters on Nov. 8 choose between the Democratic governor and Republican challenger Tim Michels.

Wanggaard and Vos released a copy of a letter Monday to the governor in which they are urging him to improve staffing at the home by calling out the Wisconsin National Guard, if necessary using federal economic stimulus money to fund the National Guard.

The two Republicans last spring criticized a decision to end a previous National Guard deployment that was aimed at combatting a statewide nursing shortage during the COVID-19 pandemic, including at the veterans home.

Blaming Evers again this week for the end of the earlier deployment, Wanggaard and Vos wrote: “Our veterans and their families are suffering because of your poor decisions at Union Grove. What is your game plan? This isn’t political; people’s lives are at stake.”

The previous National Guard deployment was part of a federal response to the COVID-19 pandemic, and it was authorized by President Biden — not Evers.

Before the latest release of federal inspection results at the veterans home, Michels was joined by U.S. Rep. Bryan Steil, R- Janesville, last week at a campaign stop in Dover to highlight past deficiencies reported at the state-run facility.

The home, which is named for Union Grove but actually is located in Dover at 21425 Spring St., is licensed for 158 residents, and currently has about 80 residents who are veterans or veterans’ spouses.

It is one of three such facilities for veterans in Wisconsin.

The Milwaukee Journal Sentinel reported in May that residents in recent years endured physical abuse, medication errors, unsanitary conditions and other problems. The newspaper found deficiencies in inspections dating back to the administration of Republican Gov. Scott Walker and continuing since Evers unseated Walker in 2019.

In the latest findings, federal inspectors checked on two complaints of resident abuse, both of which were found to be unsubstantiated. Inspectors, however, determined that staff in the home failed to report the abuse complaints to the proper authorities, and failed to reassign or suspend employees while those complaints were investigated.

Other violations alleged in the new report include that staff did not take steps to protect residents who were prone to falls; did not adequately review instructions from pharmacists; and failed to monitor and document the symptoms of residents taking psychotropic medications.

The findings, released this week, stem from inspections conducted inside the veterans home in June and August of this year.

The most serious violation, according to the report, was that the facility did not assure adequate training for certified nursing assistants entrusted with resident care. Two nursing assistants were on the job without required training on dementia management and abuse prevention.

“This has the potential to affect all of the residents residing in the facility,” the inspectors noted.

The inspection report indicates that officials similarly have reported taking steps to correct the other deficiencies found in the inspections.

Storlie took over as the home’s top administrator, or “commandant,” effective on Aug. 28 of this year.

Following the Journal Sentinel report in May, Steil, whose congressional district includes the veterans home, had requested an investigation or other action from both the Centers for Medicare and Medicaid Service and the U.S. Department of Veterans Affairs.

The Centers for Medicare and Medicaid Service sent inspectors to conduct this summer’s review of the facility.

Steil released a response received this August from the Department of Veterans Affairs, which had dispatched its own nursing staff to the veterans home to assist in 2020 at the same time National Guard troops were there to help manage the COVID-19 pandemic.

In writing to Steil, Veterans Affairs noted that the federal agency had 55 nursing staff employees in the Dover facility for 30 days in the summer of 2020. Those staff members were pulled out after 30 days, the agency wrote, because they “were no longer needed.”