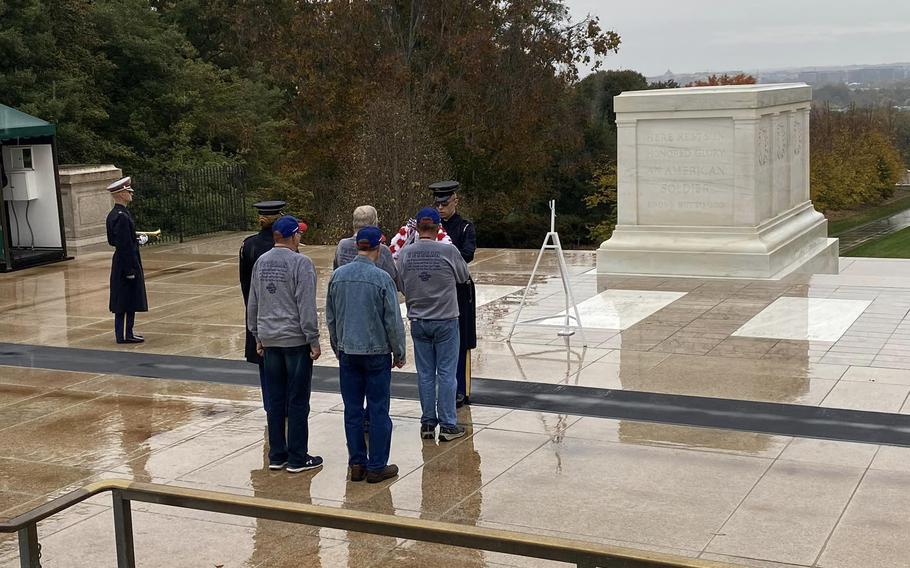 Veterans with the USD 252 Honor flight from Lyon County, Kan., present a wreath at the Tomb of the Unknown Soldier in Arlington National Cemetery on Monday, Oct. 31, 2022. (USD #252 Honor Flight/Facebook)

(Tribune News Service) — The second and final day of this fall's USD 252 Honor Flight is underway in Washington.

It included the placing of a wreath at a rain-soaked Tomb of the Unknown Soldier at Arlington National Cemetery. The flight's Facebook feed says it was donated by Designs by Sharon.

The tour also made the first trip ever by USD 252 Honor Flight to the Military Women's Memorial. Two female veterans are among the travelers.

The Honor Flight group is scheduled to return to Olpe High School Tuesday at 9:05 p.m. But USD 252 Superintendent Michael Argabright advises supporters to track developments on Facebook, because of possible delays.