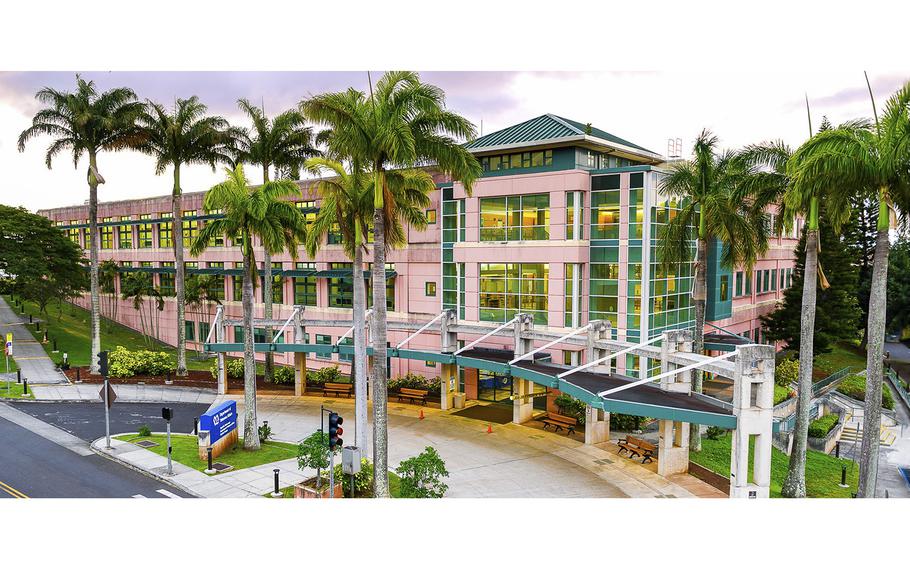 (Tribune News Service) — The Department of Veterans Affairs Pacific Island Health Care System on Friday marked the 25th anniversary of the opening of its Center for Aging, a 60-bed facility on the grounds of Tripler Army Medical Center that provides both short-term health care and long-term assisted living to senior veterans.

In remarks to staff and veterans assembled for the occasion, VAPIHS Director Dr. Adam Robinson Jr. said, “We’re here to make sure that we can continue the traditions of honoring our veterans.” He added, “This is something that doesn’t happen because I say it and it doesn’t happen because we want it. It only happens if we’re committed to standing up and actually getting ourselves involved in making sure that our veterans receive the care that they need—when, where and how they need it.”

Currently headquartered at Tripler, VAPIHS is responsible for providing care for veterans across Hawaii and the U.S. Pacific territories of Guam, the Commonwealth of the Northern Mariana Islands and American Samoa. But with few facilities of its own in Hawaii and the Pacific islands, the VA leans on partnerships with community hospitals and clinics to serve veterans spread across the islands.

Before the Center for Aging took shape, the VA’s presence here was essentially contained to one floor in the federal building in downtown Honolulu, recalled Dr. James Epure, who has managed the center since its doors opened in 1997. Regarding the anniversary, he said, “We’re actually celebrating the beginning of something that really expanded after these buildings were built and opened and started providing services to the veteran.”

In 1991, before plans were drawn up to build new VA facilities on the grounds of Tripler, Hawaii and Alaska were the only states where the VA owned no facility of its own.

“This is what planted the flag “ for VA to have its own dedicated facilities in Hawaii, said Craig Oswald, who joined the VA in Hawaii in 1991 and oversaw construction of the center.

Three years after the center opened, the VA followed up with the opening of the Spark M. Matsunaga VA Medical Center in Honolulu, and in December broke ground for a $120 million clinic in Kalaeloa named for the late U.S. senator and World War II veteran Daniel Akaka. Expected to begin operations in late 2023, the roughly 66, 000-square-foot clinic will provide primary care, mental health services, audiology, women’s care, physical therapy, dental serv ­ices, and prosthetic and other specialty care for vets on Oahu’s Leeward Coast.

Jesse Sotelo, 74, has been resident of the Center for Aging for 12 years. Born and raised in Honolulu, Sotelo served in the Army for 30 years as an infantryman. His service included three tours during the Vietnam War, in which he was a member of long-range reconnaissance patrols, small teams that operated deep into enemy territory.

He said that growing up he used to hear stories and watch movies about the World War II and Korean War generations and particularly looked up to the members of the famed 442nd Infantry Regiment, which included many Hawaii-born Japanese Americans in its ranks.

When he became a VA center resident, he met several of the men he looked up to and talked with them about his experiences.

Sotelo said that while some of his fellow residents and other patients had served as senior officers—generals and admirals—in the facility rank matters less than the shared experiences they have as veterans.

“Now we’re meeting people from Desert Storm ... the new generation, “ Sotelo said.”The bonding between all of us here, all the veterans here, is close.”

Sotelo praised the care he has received at the facility, particularly during the spread of COVID-19 before widespread vaccination was available. “Nobody got sick during the COVID, and we’re doing all right, “ he said. “Now it’s slowly coming back to how it was “ pre-pandemic.

Addressing the anniversary celebration, Robinson said that caring for kupuna needs to be a top priority and that the VA has excelled in that regard. He said, “I do not know of any other integrated health care system in the United States that has as one of its foundational platforms a program that actually cares for those men and women who are aging, and who should be aging not only with honor, but with grace and with proper health care, and with proper respect.”