American veteran and father of five dies fighting in Ukraine 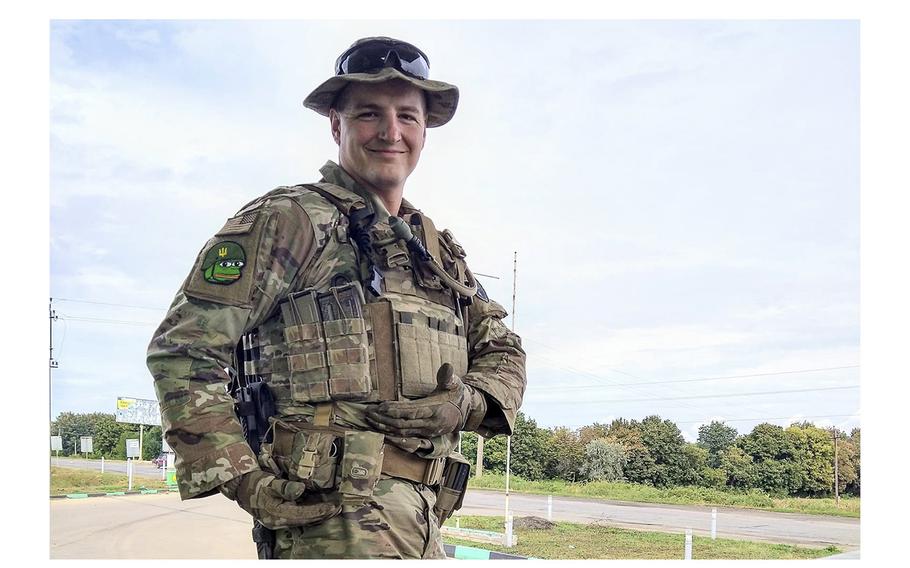 Dane Partridge, a U.S. veteran and former infantryman from Idaho, died this week in Ukraine after suffering injuries from a Russian attack earlier this month, his family told The Post late Wednesday. He was 34.

Partridge, who served as an infantryman in Iraq for 15 months from 2007 to 2009, suffered critical injuries to his neck and brain stem on Oct. 3 when he was hit during a Russian tank attack on his unit in Severodonetsk, a city in Luhansk, his family said, citing a doctor from a Ukrainian hospital. He was on life support until he died Tuesday.

A State Department spokesperson confirmed the recent death of a U.S. citizen in Donbas without naming them.

There are no official public numbers of U.S. volunteer fighters in Ukraine, or of those who have died there, though an official at the Ukrainian Embassy in Washington told The Post in March that about 4,000 had expressed interest in the newly formed International Legion of Territorial Defense of Ukraine. Partridge’s death follows that of Luke Lucyszyn and Bryan Young in July, Stephen D. Zabielski in May and Willy Cancel in April.

In the first six months of the war, Ukraine lost about 9,000 troops, with more than 7,000 missing, according to official Ukrainian statements, though the numbers could be higher.

Partridge wrote a will before buying a one-way ticket to Poland, where he signed up to fight in the legion in April. His sister, Jenny Corry of Idaho Falls, said he felt a spiritual calling to join.

“He felt strongly with almost every bone in his body that he needed to go and he needed to fight,” she said. “When he did leave, it was emotional for me, because I just knew in my heart it would be the last time I saw him.”

Born in Germany in 1988 to a Red Cross aid worker and a member of the U.S. Air Force, Partridge became captivated by the idea of serving in the military from a young age. “All he knew growing up were flak jackets, M-16s, guard dogs and seeing NATO exercises,” said his mother, Terri Hepworth. “That was his world, and it never left him.”

When he was 3, the family moved to Altus Air Force Base in Oklahoma, and he grew up “in the dirt with his friends, playing Army guy,” Corry said. They later moved to Rexburg, Idaho, where he decided to join the Army shortly after graduating high school. His family members remember him as the boy who packed extra gear on Boy Scout trips and tried to save stray dogs - even after he was bitten and needed a rabies shot - and as a man with a talent for fixing cars and electronics.

After high school, Partridge served as a turret gunner and a driver of armored vehicles in Baghdad during the Iraq War, according to Matt Reeves, one of his sergeants. Reeves recalled him as a young man with a “bit of a temper” who quickly transformed into a “fine soldier” who would engage others in intellectual discussions about religion.

Partridge separated from the military in 2012 with the rank of private first class, according to his father, Dennis Partridge.

“I had never seen him happier than in Ukraine. He found his purpose not in the fighting so much as the saving,” his mother said, in between sobs. “Sometimes, with the civilian world, he just didn’t mesh.”

His family said they overcame their reservations and supported Partridge’s decision to volunteer, saying that as members of the Mormon Church they understood his spiritual calling.

“He did what few of us are willing to do - he just packed up and went,” his father said. “He was always willing to help. He was a hard worker, and he certainly cared about his family.”

Partridge had decided to continue fighting even after he was wounded by shrapnel from a trip wire this summer. His wife and five children - who range from age 2 to 15 - were able to say goodbye via a video call while he was in a coma during his final week.

“He struggled in life, but once he got into the military, he found his element,” his mother said. “His call sign was ‘Bird’ - Dane Partridge, call sign ‘Bird.’ So when you see a bird, think of my son.”