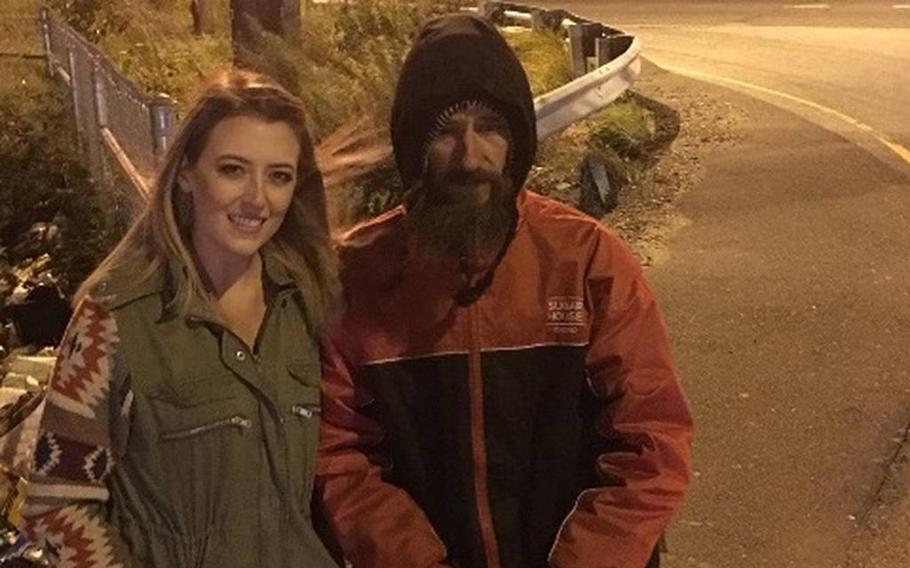 A former Marine who gained nationwide acclaim as a good Samaritan before the revelation of a $400,000 fraud scheme avoided prison time, as a federal judge sentenced him to three years’ probation.

Johnny Bobbitt Jr., of Philadelphia, had pleaded guilty to a charge of conspiracy to commit money laundering in a case stemming from a GoFundMe campaign established by two others on his behalf in 2017, supposedly to raise money for the homeless veteran.

Co-conspirators Katelyn McClure and Mark D’Amico concocted a story that Bobbitt, 39, selflessly gave McClure his last $20 after she ran out of gas on Interstate 95 in Philadelphia.

“The story was quickly picked up by local and national media outlets, went viral and raised approximately $400,000 from more than 14,000 donors in less than three weeks,” the Justice Department said in a statement Monday after Bobbitt’s sentencing in New Jersey.

Bobbitt was told about the phony pretext and the donation campaign after it had brought in about $1,500, the DOJ said. However, he received only $25,000 of the proceeds, the statement said.

McClure and D’Amico spent the rest of the money on themselves, going on lavish vacations and purchasing luxury cars, designer handbags and other expensive items, according to news reports.

The scam fell apart in 2018 after an attorney representing Bobbitt alleged in a lawsuit that McClure and D’Amico were misusing the donations. An investigation ensued, and authorities determined that all the money was gone by March 2018.

Bobbitt served 14 months in the Marine Corps as an ammunition technician before being discharged at the rank of private without completing his first enlistment contract, the Army Times reported in 2017, citing the service’s personnel office.

During his enlistment, which was between 2002 and 2004, large numbers of Marines were sent to Iraq, but his service record showed no deployments, according to the Army Times report.

Bobbitt’s drug addiction has been well-documented in court papers and news reports. In 2019, he was sentenced to five years’ probation by a state court in New Jersey, and that included long-term, inpatient treatment for addiction, local newspaper the Courier Post reported.

His drug habit also “led to his discharge” from the Marine Corps, according to the paper.

In response to Military.com, a spokesperson for the service said the early discharge and Bobbitt’s rank upon departure “are indicative of the fact that the character of his service was incongruent with Marine Corps’ expectations and standards.”

Bobbitt had made the acquaintance of McClure and her then-boyfriend D’Amico at a casino, where they became friends, according to news reports.

McClure and D’Amico were sentenced previously, the former to a year behind bars, the latter to term of slightly over two years.

GoFundMe has said that it gave refunds to the approximately 14,000 donors.