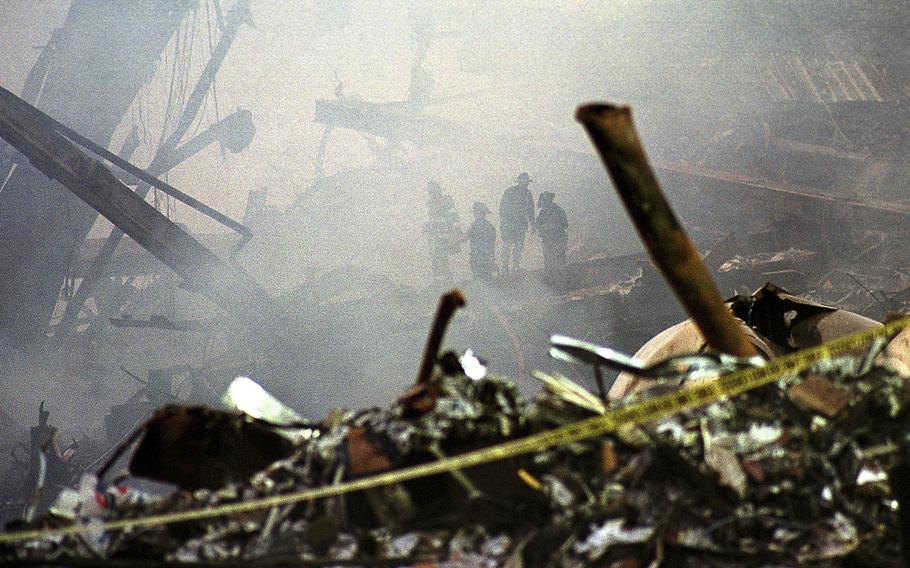 (Tribune News Service) — As communities across the country remember the Sept. 11 terrorist attack that took place 21 years ago Sunday, a local counselor is advising those who may experience symptoms of post-traumatic stress disorder (PTSD) to reach out for help.

Christopher Pease, a licensed professional counselor and U.S. Army veteran, says it’s important for people to be around those who love and support them during times like this.

“Call your battle buddy, call your friend, talk to your pastor,” Pease said. “Don’t run. Don’t hide. The solution is not a bottle, it’s not a pill and it’s not the barrel of a gun.”

Pease said he works with clients who are veterans as well as their children.

Last year, about 25 percent of the deaths by suicide in Ottawa County were veterans.

“There are men and women that are trapped in alcoholism, drug addiction and ending in suicide,” Pease said. “There are families that have been absolutely torn apart because of the deployments and because of their parent coming back destroyed with PTSD.”

Pease joined the Army three years after the 9/11 attacks. He said that event started a “global war on terror.”

“We must forgive our mistakes and our failures and embrace that our experiences have changed us and not be embarrassed by our mental health struggles,” he said. “As GWOT (global war on terror) veterans, we must remind our fellow citizens that there is a cost to war. We must hold our government accountable for needless bloodshed.”

This weekend, a couple of local fire departments plan to raise an American flag in honor of the anniversary of 9/11. At both the Grand Haven Department of Public Safety and Grand Haven Township Fire/Rescue, a flag will be displayed on a truck outside their departments on Sunday.

“It’s always a very important time of the year to remember and it’s constantly on our mind as a group,” said Spring Lake Township Fire Chief John Stalzer.

This year, Spring Lake Township first responders and their spouses attended a training on PTSD and the effects on not only the firefighter, but their family, too.

“(9/11) tends to bring awareness of what happens to personnel,” Stalzer said. “It’s a guidepost for people to understand that it has an impact on us, and does every day. The fire service has come a long way in the recognition of it’s OK to not be OK.”

Like many fire-rescue departments, the Grand Haven Township staff are able to get mental health assistance.

“We take the well-being of our staff very seriously and do check-ins with them and have open conversations about what’s going on and how we can help,” Grand Haven Township Fire Chief Shawn Schrader said.

Schrader says he was working his first full-time shift at the department 21 years ago when the 9/11 attacks took place.

“Quite a few of our staff were here and involved in some way in delivering public assistance during that time,” he said.

The public is invited to attend a memorial ceremony beginning at 10 a.m. Sunday at the American Legion Post 28, 700 S. Harbor Ave., Grand Haven. Local first responders, community dignitaries, and Post 28 leaders and members will “provide honors and recognition” of the heroic actions of the public servants that day, according to a press release.

“This memorial service is designed to honor and remember the 3,000 that were killed, almost 400 of those were first responders,” said the Grand Haven post’s chaplain, Duane Smith. “Acknowledging the tremendous loss of life in these attacks on the Twin Towers, the Pentagon and the crash of United Flight 93 in Shanksville, Pennsylvania.”