Navy veteran who killed dentist explains motive, is sentenced to 40 years in prison 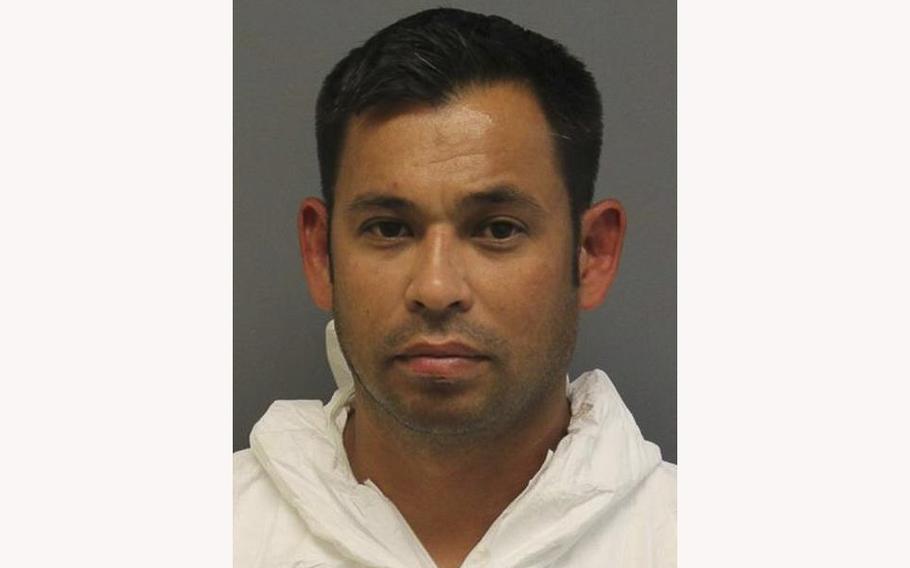 (Tribune News Service) — Three days after a popular Newport News dentist, Dr. William “Bill” Trolenberg, was gunned down outside his office in 2019, police arrested Kelly Michael Vance in the killing.

The evidence wasn’t in doubt — Vance was captured on video shooting Trolenberg as he lay on the ground — but a crucial question remained: Why? The men had no known connection, and Trolenberg still had his wallet and $251 in cash.

Understanding the motive was so important to Trolenberg’s family that prosecutors agreed in April to reduce the charge from first-degree murder to second-degree if Vance would discuss his actions.

Vance explained the reason publicly for the first time during his sentencing hearing Friday, saying he killed Trolenberg after asking him for money. At the end of a hearing that lasted about six hours, Newport News Circuit Court Judge Bryant L. Sugg sentenced Vance to 40 years in prison.

Vance, a retired Navy petty officer, had been lying to a woman he was dating for more than a year. He told her he worked at Newport News Shipbuilding, but he actually wasn’t working.

He also promised that he would help pay for a trip to Germany with her and her family, even though he didn’t have money for the trip or a passport.

Vance said he woke up in an “off” mood on June 19, 2019, and began driving around, ending up at Anderson’s Showplace, a large Jefferson Avenue store that sells everything from flowers to home decorations.

“I thought maybe a good Samaritan could help me out,” he said, deciding he would ask a stranger for a loan. Then he walked a bit down Jefferson Avenue and came across Trolenberg’s business, Deer Park Dental, and walked in.

“I never even knew of the practice until I walked by,” he said.

Inside the office, Vance said Trolenberg came out of a side office and asked if he needed help. “That was the first time I had ever seen Dr. Trolenberg,” Vance said. “He said hello, and seemed like a nice person.”

Vance then went outside in the rain and waited for Trolenberg to leave. When Trolenberg was backing out in his black BMW coupe, Vance knocked on his window.

“He invited me to sit in his passenger seat to get out of the rain,” Vance testified.

Vance doesn’t remember what he said next, but said he told Trolenberg that he was a military veteran and down on his luck. He asked him if he could borrow $2,000 to $3,000.

“I don’t have that kind of money,” Trolenberg told him, saying something about how things would get worked out. Vance said Trolenberg then put a hand on his thigh.

“I didn’t like that, and I reacted to being touched,” Vance said, saying that caused him to pull out a handgun and aim it at the dashboard. (Vance said he often carried a handgun for safety when he went to Newport News).

Vance said he turned and shot Trolenberg once in the head, saying he doesn’t know why. But the dentist wasn’t fatally struck, managing to open the driver’s side door and fall to the ground.

Vance came around the car, and Trolenberg put his hands up. Vance said he for some reason “took that as a threat” and he shot again, this time a lethal shot to the head.

Vance went home, and falsely told his girlfriend he was robbed of his wallet, passport and other items after work. He drove family members to Dulles International Airport the next day.

Trolenberg, a native of upstate New York, owned and operated Deer Park Dental since 2001, after retiring as chief of general dentistry at Langley Air Force Base following a 20-year military career. He had been a Navy pilot earlier in his career.

Eight of Trolenberg’s family members and friends testified at the lengthy sentencing hearing, sharing fond memories and at least 100 photos. He loved experiencing new people and cultures and boating on local waterways.

“He was my sounding board, my best friend, and my cheerleader,” said Trolenberg’s daughter, Natalie Trolenberg. She lamented that her young son “will never know his granddad” and lost out on the “special relationship” they could have had.

Trolenberg’s youngest sister, Kyla Dana, talked about how she took a trip with him to Rome several years back. All the restaurants were closing, but Trolenberg talked to one restaurant owner, and they were invited to eat dinner and stay there, too. “He made friends and loved people,” she said.

Trolenberg’s mother, Joan Trolenberg, 85, said she misses the banter and fun conversations with her son. “The fact that he died at the hands of a cruel murderer just hurts me every day of my life,” she said. “We are missing a very important part of our family.”

Commonwealth’s Attorney Howard Gwynn asked for a 40-year sentence for the “outrageous, shocking and extreme” crime. “For a simple act of kindness, for trying to help out a fellow Navy vet, he was executed.”

Gwynn brought up Vance’s several past marriages as being filled with lies and deceit, with the prosecutor calling him “a compulsive liar.” Moreover, Vance hadn’t talked to or seen his kids in more than 10 years despite saying that he loves them, Gwynn said.

Vance had a 20-year Navy career, but records show he was kicked out of service on submarines for not having the moral courage “to make the proper decisions in all circumstances.”

Vance’s lawyer, Andrew Gordon, asked he be sentenced within discretionary sentencing guidelines that had a midpoint of 17 years to serve, saying Vance should get credit for his military service, which included serving time in Operation Iraqi Freedom.

Before being sentenced, Vance also apologized to Trolenberg’s family, saying that from testimony from the dentist’s family, he seemed like someone he’d want to go out and “get a beer with.”

“I’m sorry to Dr. Trolenberg’s family and his friends for everything I put them through,” he said. “I destroyed their family ... Every day I think about my actions.”

After the sentencing, Trolenberg’s sister, Kristen Trolenberg, said the family was “relieved and pleased.” Though the family doesn’t believe everything about Vance’s story, she said, the 40-year term can help the family heal.