California veterans take a trip on a WWII bomber

The flight, featuring a fully restored Douglas C-47 airplane known as Betsy’s Biscuit Bomber, was organized by a collection of nonprofit groups as a way to salute veterans for their service.

The nonprofit organization Honor Flight Central Coast California regularly sends veterans on trips to Washington, D.C., but many have had their visits pushed back due to COVID-19 and long wait lists, the group said in a news release.

So Estrella Warbirds Museum and the Gooney Birds, Betsy’s owners, teamed up to sponsor a short coastal flight in the meantime for those whose Tour of Honor trips were delayed.

Two of the veterans on Saturday’s flight fought in World War II, while the rest served in Vietnam.

“While we give priority to our most senior or ill-health veterans, our flights are open to any veteran of any era and service, and we are excited that Vietnam veterans now make up the biggest proportion of veterans flying to D.C. with us,” Honor Flight coordinator Caralee Wade said in a news release.

Upon their arrival to the museum, the veterans were invited onto the tarmac, where pilot Sherman Smoot explained the plane’s career.

After retiring from active duty in 1944, Betsy’s Biscuit Bomber dropped supplies in England a month after D-Day. Then, he said, the aircraft participated in “drops” in France, England and Germany.

“I tell everybody that getting to fly on this airplane is like getting to ride in a piece of history,” Smoot said to the crowd before the veterans boarded. “Most of the people that sat in those jump seats and went out are no longer with us.”

People gathered on the piers in Cayucos and San Simeon and in Heritage Ranch to wave at the veterans as they flew overhead.

“Being a veteran myself, it’s such an honor to take these guys up,” Smoot said.

The plane was unable to fly over the San Simeon pier as planned, but instead headed directly inland, according to attendees.

According to organizers, there were no technical issues with the plane.

Darlene Wadsworth of Cambria, who was among the flag wavers, wrote later on Facebook that “a lot of people came out to see it. The plane didn’t come near the pier. Flew over the castle and headed east (but) it was still wonderful to see all the support from our community.”

Veteran Esteban Valenzuela, who served in the U.S. Marine Corps in Vietnam, had his daughter and grandson with him at the event.

“It was amazing. Seeing all those guys together and kind of being with them, laughing. The camaraderie was really beautiful,” he said. “We told a few war stories among us. I had a great time.”

U.S. Navy veteran Bob Chaney said he enjoyed the flight so much, he’d do it again. “It was a great flight. Got to see a lot of the country from a different angle, and it was a lot of fun,” he said.

Greg Glass, a U.S. Army veteran who served in Vietnam, called the flight a “once-in-a-lifetime” experience.

“Oh, it was beautiful. The fog opened up just in time for us get pictures of the Rock,” he said. “It was just amazing, the whole thing from start to finish.” 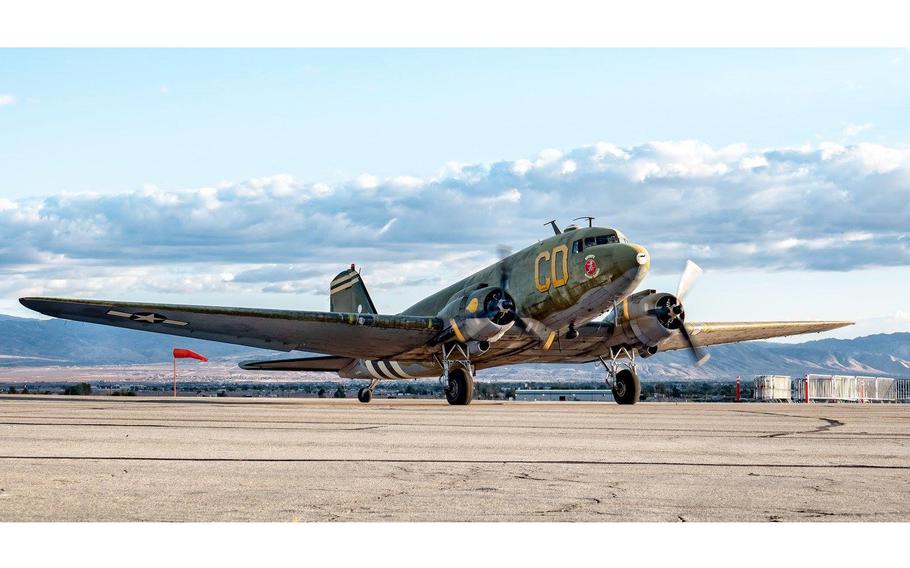