A screen grab shows Rick Reed speaking in a video interview posted on April 27, 2021. Reed, who helped produce campaign ads against former Sen. John Kerry, has died. He was 69. (YouTube)

Rick Reed, a Republican media strategist who helped create one of the most controversial ad campaigns in recent political history, writing and producing commercials during the 2004 presidential race that accused Sen. John Kerry of lying about his Vietnam War record and betraying his former comrades, died Aug. 17 at his home in Alexandria, Va. He was 69.

His daughter Mackey Reed confirmed the death. The precise cause was not yet known, she said, but was apparently a heart ailment.

A longtime partner at the political ad firm Stevens Reed Curcio &amp; Potholm, Reed worked on campaigns for numerous Republican candidates, including senators George Allen and John Warner of Virginia, Lindsey Graham of South Carolina and Peter Fitzgerald of Illinois. He also made ads for John McCain's presidential campaign in 2000 and served as a senior media adviser to Donald Trump in 2016, after launching his own consulting company in Alexandria. By then, he was being hailed by Fox News host Tucker Carlson as "the smartest political consultant I know."

"Rick was an exceptional talent and a gifted ad maker," Fitzgerald said in a statement shared by Reed's family. "In my case, he took a very young, virtual neophyte, and vaulted him into a U.S. Senate seat. His dry wit and contagious sense of humor made campaigning fun, and his clients loved him."

Reed remained best known for his work with Swift Boat Veterans for Truth, a group of about 200 former Navy officers and enlisted sailors who alleged that Kerry, the senator from Massachusetts and Democratic presidential nominee, had embellished his record during the Vietnam War, when he captained Swift boats in the Mekong Delta and was awarded honors including the Silver Star. Among other claims, they asserted that Kerry received his first of three Purple Hearts for a minor, self-inflicted wound, and said that he was unfit to serve as commander in chief because of his antiwar activism after returning from Vietnam.

Their claims were fiercely disputed by the Kerry campaign and later undermined by news reports, which revealed that some of the men criticizing the senator had previously filed written reports lauding his heroism. Many of the veterans who spoke in the commercials did not serve on the same Swift boats as Kerry, and other veterans questioned the accounts of some who said they did.

Kerry allies considered the commercials a smear campaign, and noted that they benefited a candidate - incumbent President George W. Bush - who had never served in combat. The ads were also criticized by some Republicans, including McCain, a former prisoner of war in Vietnam who called them "dishonest and dishonorable." (He still maintained ties with Reed, whose firm briefly worked on McCain's 2008 presidential campaign.) "Swiftboating" entered the political lexicon as a term for unfair attack ads.

Reed insisted the ads were part of a legitimate effort to examine Kerry's character and career, and stood by the veterans who appeared in them. Kerry was ultimately defeated by Bush, losing the popular vote by three percentage points.

"We rocked the very foundation of his persona and candidacy by saying John Kerry isn't who he says he is," Reed said in an interview after the election with L. Patrick Devlin, then a media and politics scholar at the University of Rhode Island.

As Reed told it, he got involved with the Swift boat group by chance, attending the veterans' inaugural news conference in March 2004 simply because his uncle, Adrian Lonsdale, was a retired Coast Guard captain who happened to be a member. Reed said he was captivated by their message, and was surprised by how little media attention the news conference received. Within a few weeks, he met with political strategist Chris LaCivita to coordinate a television campaign.

"The thing that struck me was that these people were not political people. . . . You could have produced an ad based on the first press conference," Reed told Devlin in the interview. "Their inexperience gave them veracity. These people were the real deal. We wanted them to speak for themselves."

Reed filmed many of the veterans telling their stories, leading to a 60-second ad called "Any Questions?" The Swift boat group, which became known as Swift Vets and POWs for Truth, had limited money for an advertising campaign and initially spent $500,000 to air the commercial in a few markets in Ohio, West Virginia and Wisconsin. Over the next several weeks in August, during a typically quiet period between the Democratic and Republican political conventions, the ad drew national media attention.

It took several weeks for Kerry to directly take on the veterans group. Meanwhile, its members were giving frequent interviews, speaking on talk radio hundreds of times and raising $19 million for nine ads that aired on national cable and in 10 battleground states, according to an analysis of the campaign by Devlin.

The controversy surrounding Kerry's war record was further inflamed by the publication of a best-selling book, "Unfit for Command," and by the conservative activist group Judicial Watch, which requested a formal review of the candidate's military decorations. The Navy inspector general found no issues with the awarding of Kerry's medals.

Darrell M. West, an authority on elections and a vice president at the Brookings Institution, wrote in an email that "the Swift boat ads ushered in the era of rapid response and never letting an attack go unanswered." Since then, "every candidate who is attacked has been told by communications experts they need to rebut false charges and respond instantly so that negative information does not stick to the candidate."

Richard Gardner Reed was born in Wakefield, Mass., on May 24, 1953, and grew up on Cape Cod, in the beach town of Chatham. His father was a financial adviser, and his mother was a former physician assistant.

Reed graduated from Franklin &amp; Marshall College in Lancaster, Pa., and later received a master of public administration degree from the Harvard Kennedy School. He launched his political career in Florida, as an advance man on Ronald Reagan's unsuccessful 1976 presidential campaign.

By the early 1980s he was working closely with influential Republican pollster Arthur J. Finkelstein, who taught him to "think like a voter, not a consultant, not a candidate." He was later a deputy director at the National Republican Senatorial Committee, overseeing political activities in a dozen states, and an editor of the White House Bulletin, a politics newsletter.

In the early 1990s, Reed teamed up with his friend and mentor Greg Stevens, who was perhaps best known for crafting an attack ad that featured Democratic presidential candidate Michael Dukakis riding around in a tank. The two men worked together until Stevens's death in 2007. Two years later, Reed launched his own firm, Rick Reed Media, making issue advocacy ads in addition to working on political campaigns.

Survivors include his wife of 37 years, Gayla Gillis Reed of Alexandria; three children, Gardner Reed of New York City and Mackey and Carly Reed, both of West Palm Beach, Fla.; and a sister.

While his daughter Mackey followed him into politics, she became a Democrat, working as an ad strategist at the consulting firm SKDK. In a phone interview, she described her father as an "open-minded, even-keeled guy" who offered career guidance even after her political views diverged from his own. "He would always tell me, asking me about one of my candidates, 'Well, I shouldn't tell you this, but if I were you, this is what I would do. You remind everyone that he or she is not a liberal elite, they're just like everyone else.' "

"He really could see both sides of everything," she said. 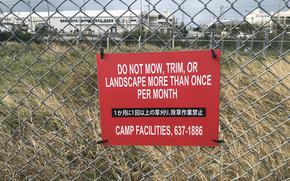