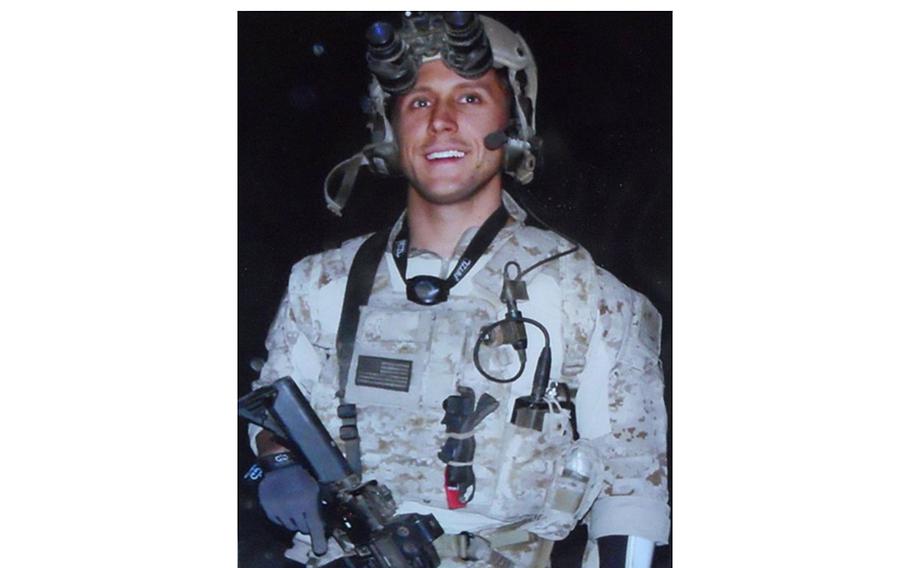 (Tribune News Service) — Some of Charles Strange's fondest memories with his late son were on a fishing pier in Delaware, long before Michael went off to war.

Navy Petty Officer First Class Michael J. Strange was killed alongside 29 other U.S. military personnel and eight Afghan security forces when Taliban fighters shot down their helicopter in a valley southwest of Kabul on Aug. 6, 2011. Charles Strange, of Hatboro, spent years trying to learn more details about his son's death, but he's spent even more time trying to heal.

Being with other Gold Star families — a distinction made for family members of troops who died in conflict — has helped, so Strange started his own non-profit, The Michael Strange Foundation. He regularly flies in Gold Star families for weekend retreats at the Jersey Shore or to Phillies games, and, come Labor Day weekend, he's hosting a fishing tournament out of Ocean City.

"When you're with another Gold Star family, you don't have to explain your pain," Strange said. "They know."

The War on the Water 2022 is September 3, with fishing permitted from midnight to 3 p.m. The tournament offers land, inshore and bay, and off-shore divisions. For more information and to register, visit waronthewaternj.com. Competitors can catch fish anywhere at the Jersey Shore as long as they make weigh-ins at Tight Lines Bait & Tackle in Somers Point by 3:30 p.m.

Strange, 58, will be fishing in the tournament too. He said he has an offer to go offshore, into deep ocean, but might stay in the back bays, like he did with Michael, back in Lewes.

"Fishing like that is really sentimental to me," he said. "It really brings me back."

All proceeds from the tournament will benefit The Michael Strange Foundation. Michael Strange, 25, grew up in Wissinoming and graduated from North Catholic High School in 2004.