‘The Russians wanted to break me’: former Marine Trevor Reed on his time in prison 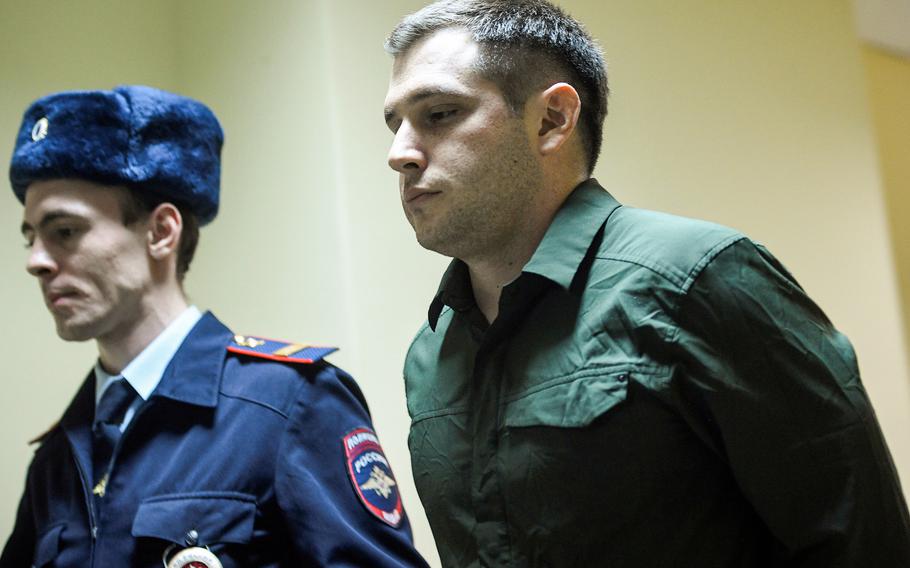 WASHINGTON (Tribune News Service) — “Hang in there, take one day at a time. Just remember that there’s people here who are fighting for you and that care about you, and that they’re not going to stop fighting until (you) all come home.”

That’s the advice Trevor Reed, the Fort Worth native and former Marine who was imprisoned in Russia for almost three years, has for Americans who are wrongfully detained abroad right now, he said in an interview with The Dallas Morning News Wednesday. Several Texans are on that list, including WNBA star and Houston native Brittney Griner.

Last week, just a little over three months since his release from Russian prison, Reed called on President Joe Biden and Congress to classify the Russian Federation as a state sponsor of terrorism.

“Russia has begun to see foreigners there, especially Americans, as hostages, and taking hostages is a terrorist act,” Reed said. “If Russia has developed that type of strategy for dealing with foreign states, and they’re going to act like terrorists, then they deserve to be designated as a state sponsor of terrorism — not only for that, also for their invasion of Ukraine.”

Reed was arrested in Moscow in 2019 after he got drunk and allegedly grabbed the arm of an officer as he was being driven to a police station.

Prosecutors said he caused the vehicle to swerve and endangered the lives of officers. The U.S. ambassador at the time dismissed the allegation as “preposterous,” and video from traffic cameras showed no evidence of swerving.

In April, the Biden administration organized a trade to secure Reed’s freedom, releasing a Russian drug smuggler who had spent a dozen years in U.S. prison. Reed’s family, friends and the White House were worried Reed had contracted tuberculosis in the Russian gulag, and concern for his health was mounting.

Reed said he ultimately tested negative for tuberculosis, but his doctors guessed that never receiving treatment for COVID-19, which he contracted in May 2021, led to him tearing the bronchi in his lungs.

“That was what was causing me to cough up blood,” Reed said.

When asked how he continued to not only persevere in Russian prison but actively protest his detention — he went on several hunger strikes while inside to call attention to the poor treatment he was receiving — Reed said it was almost pure defiance.

“I knew that the Russians wanted to break me,” Reed said. “What kept me going was, maybe they can take everything from me, they can cut my contact off with my family, they can take my books away, all that stuff, but they can’t ever break me. I never will give up, and just kind of defying them was really a big part of what kept me going.”

Since his return home, Reed has continuously advocated for the release of other Americans still wrongfully detained abroad. On Wednesday, he attended a demonstration outside the White House for Lt. Ridge Alkonis of the U.S. Navy, whose family and friends say is unjustly incarcerated in Japan.

When asked why, Reed responded simply, “I have to.”

Last month, the U.S. offered another deal to Russia, this time to try to secure the freedom of Griner and another detained American, former Marine Paul Whelan.

“I think the fact that they made that public means that they are definitely taking that seriously,” Reed said. “I’m glad to hear that that’s what they’re doing.”