A Florida bodybuilder lands prison time for his $245,000 disability fraud on the VA 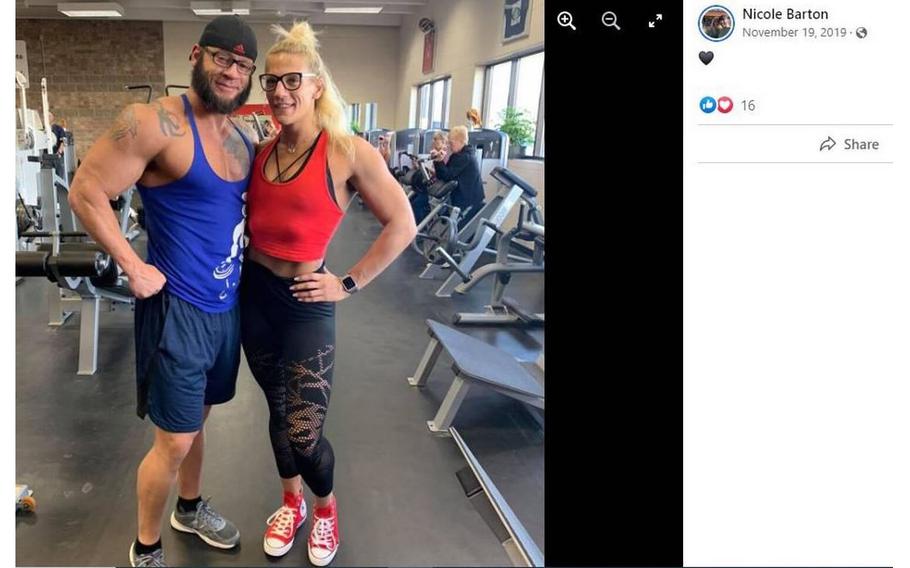 While pulling this scam, bodybuilder Zachary Barton and his wife were posting pictures and videos online of Barton pushing heavy iron to build his physique and flexing in the gym and on stage in contests. (Instagram)

(Tribune News Service) — A U.S. Army veteran who falsely claimed PTSD and physical disabilities left him so weak that he couldn’t lift 10 pounds — but who remained a hardcore bodybuilder with the social media posts to prove it — will have to pump iron in federal prison for at least the next 10 months.

Zachary Barton, who moved from Port St. Lucie to Colorado Springs while scamming the Veterans Administration, will move to one of the three federal prisons in Colorado after being sentenced to 12 months and $245,932 restitution. In West Palm Beach federal court, Barton pleaded guilty in May to one count of theft of government property.

“One inherent problem the [ Veterans Administration-Veterans Benefits Administration] must contend with, is that it operates on an honor system with its veterans,” a prosecution sentencing recommendation filing said. “The VA-VBA will always err on the side of the veteran because its historical mission and purpose is to reintroduce the veteran into society after having served our country and make that veteran whole again if the veteran suffered any adverse effect while serving.

“As such, the VA-VBA offers healthcare and monetary compensation to veterans,” the filing continued. “The result is that some veterans can, and unfortunately some veterans do take advantage of that practice.”

Barton began lying about erectile dysfunction, post-traumatic stress syndrome, incontinence, trouble sleeping and other ailments in 2012. He later admitted that he not only faked disabilities, he was never in combat and made up stories to get a better disability rating for having PTSD.

Barton even dropped a book during an exam with a doctor to back up his claim that he was so weak, he couldn’t lift 10 pounds.

But Barton, Zach Shredz on Facebook, and wife Nicole Barton, formerly Nicole Cowan, were a little too proud of their hard-earned muscular physiques. Social media screamed of their hardcore workouts.

“A review of publicly accessible social media and certain web pages showed that Barton graduated as a personal fitness trainer in 2016,” the prosecution sentencing filing said, “competed in a body building competition in May 2019; wrote blogs advising others of his workout routines and products he takes including Tamoxifen, Clomidand T3, as a part of his body building routine; and [Barton] and his wife posted photos and videos of themselves working out and Barton lifting weights, sometimes more than 600 lbs.”