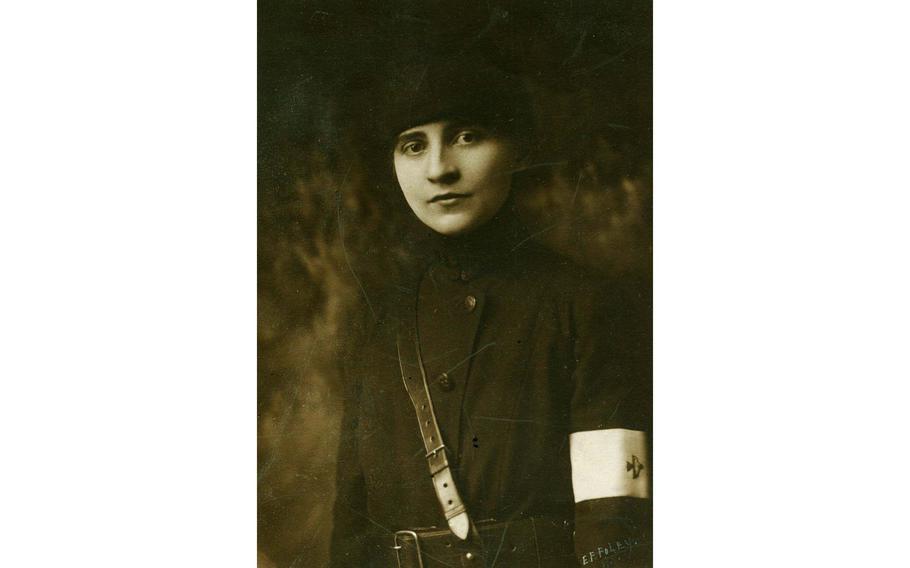 (Tribune News Service) — A Newport News, Va., woman served during World War I, but no one played “Taps” or folded and presented the American flag at her funeral. She was buried without military honors — a wrong that a group of people wanted to make right.

Marie Garrow Moss was born in Newport News and later moved to New York where she became one of 223 women recruited to the U.S. Army Signal Corps to operate the military’s telephone switchboards during World War I. The women, nicknamed the “Hello Girls,” swore the Army oath and — many years later — became recognized as the first female members of the U.S. Army.

After the war ended in 1918, the women were sent home without veteran’s benefits. It wasn’t until 60 years later that legislation recognized them as veterans.

Moss died on July 7, 1987 — about nine years after the legal recognition — at 93 years old. But she was buried at Greenlawn Memorial Park in Newport News without any military honors.

Newport News Historic Services partnered with The Virginia War Museum Foundation and American Legion Braxton Perkins Post 25 and held a ceremony Saturday to present Moss’ relatives with the honors she didn’t receive at her funeral. A plaque honoring her service will also be installed next to her headstone in the upcoming days.

“Particularly here in Hampton Roads, and coastal Virginia, we’re very aware of the role of the military and the sacrifices that military members make,” said Anne E. Miller, superintendent of historic services for the city of Newport News’ Parks and Recreation Department. “It’s quite shocking to hear at the end of the war that a group of people who served were just dismissed without any recognition. ... It’s quite shocking to hear that a veteran would be buried without the proper funeral and recognition.”

Moss was living in Brooklyn with her husband when ads recruiting women for the U.S. Army Signal Corps were running in the paper, according to Miller. Thousands of women applied, but only 223 were selected.

It’s unclear what led to Moss getting the job, though Miller says it’s likely she spoke French because she was sent to Philadelphia for training on how to operate the switchboard.

After the war, WWI Chief Signal Officer Major General George Owen Squier was said to have said that women had “unquestioned superiority” as switchboard operators and helped the war effort by freeing men to fight on the front lines, according to the U.S. Army website.

“What really struck me about Marie’s story was how different it was from what I would imagine a woman’s life in the early 20th century to be,” Miller said.

Oftentimes, women didn’t move far from where they were born. They got married, had children and worked as housewives, Miller said.

“That was not her story at all,” Miller said.

Moss traveled with her husband. She divorced. She remarried. She never had any children, according to Miller. She moved back to Virginia and was very active with the Red Cross.

Moss had siblings and nieces and nephews in Hampton Roads. One of her nieces donated Moss’ military papers, photos, uniform and footlocker to The Virginia War Museum.

Moss never made it to France during the war. Shortly before she was set to leave, her orders were changed and she stayed in New York drilling until she was discharged from the military in December of 1918, according to Miller.